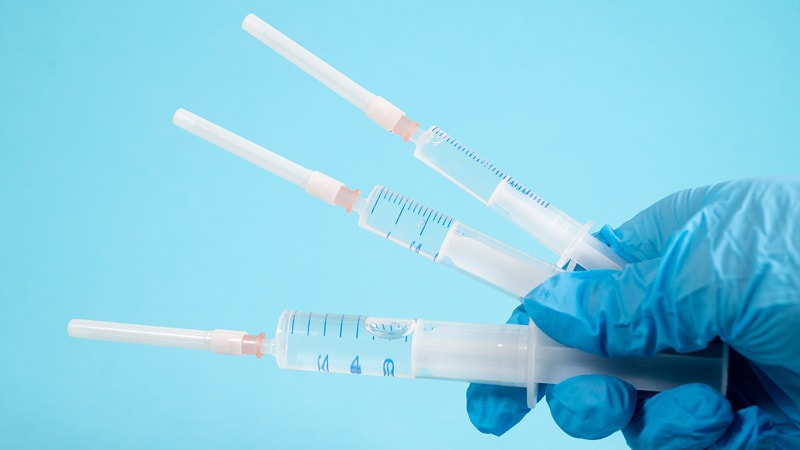 Centers for Disease Control and Prevention (CDC) Director Rochelle Walensky, MD, has officially signed off on a recommendation by an independent panel of 11 experts to allow people with weakened immune function to get a third dose of certain COVID-19 vaccines.

The decision follows a unanimous vote by the CDC’s Advisory Committee on Immunization Practices (ACIP), which in turn came hours after the US Food and Drug Administration (FDA) updated its Emergency Use Authorization (EUA) for the Pfizer and Moderna mRNA vaccines.

About 7 million adults in the United States have moderately to severely impaired immune function because of a medical condition they live with or a medication they take to manage a health condition.

People who fall into this category are at higher risk of being hospitalized or dying if they get COVID-19. They are also more likely to transmit the infection. About 40% of vaccinated patients who are hospitalized with breakthrough cases are immunocompromised.

Recent studies have shown that between one-third and one-half of immunocompromised people who didn’t develop antibodies after two doses of a vaccine do get some level of protection after a third dose.

Even then, however, the protection immunocompromised people get from vaccines is not as robust as someone who has healthy immune function, and some panel members were concerned that a third dose might come with a false sense of security.

“My only concern with adding a third dose for the immunocompromised is the impression that our immunocompromised population [will] then be safe,” said ACIP member Helen Talbot, MD, MPH, an associate professor of medicine at Vanderbilt University Medical Center in Nashville, Tennessee.

“I think the reality is they’ll be safer, but still at incredibly high risk for severe disease and death,” she said.

In updating its EUA, the FDA stressed that, even after a third dose, people who are immunocompromised will still need to wear a mask indoors, socially distance, and avoid large crowds. In addition, family members and other close contacts should be fully vaccinated to protect these vulnerable individuals.

Johnson and Johnson Not in the Mix

The boosters will be available to children as young as 12 years of age who’ve had a Pfizer vaccine or those ages 18 and older who’ve gotten the Moderna vaccine.

For now, people who’ve had the one-dose Johnson and Johnson vaccine have not been cleared to get a second dose of any vaccine.

FDA experts acknowledged the gap but said that people who had received the Johnson and Johnson vaccine represented a small slice of vaccinated Americans, and said they couldn’t act before the FDA had updated its authorization for that vaccine, which the agency is actively exploring.

“We had to do what we’re doing based on the data we have in hand,” said Peter Marks, MD, director of the Center for Biologics Evaluation and Research at the FDA, the division of the agency that regulates vaccines.

“We think at least there is a solution here for the very large majority of immunocompromised individuals and we believe we will probably have a solution for the remainder in the not-too-distant future,” Marks said.

In its updated EUA, the FDA said that the third shots were intended for people who had undergone solid organ transplants or have an “equivalent level of immunocompromise.”

Clinical experts on the CDC panel spent a good deal of time trying to suss out exactly what conditions might fall under the FDA’s umbrella for a third dose.

In a presentation to the committee, Neela Goswami, MD, PhD, an assistant professor of infectious diseases at Emory University School of Medicine and of epidemiology at the Emory Rollins School of Public Health, in Atlanta, Georgia, stressed that the shots are intended for patients who are moderately or severely immunocompromised, in close consultation with their doctors, but that people who should qualify would include those:

In discussion, CDC experts clarified that these third doses were not intended for people whose immune function had waned with age, such as elderly residents of long-term care facilities, or people with chronic diseases like diabetes.

The idea is to try to get a third dose of the vaccine they’ve already had — Moderna or Pfizer — but if that’s not feasible, it’s fine for the third dose to be different from what someone has had before. The third dose should be given at least 28 days after a second dose, and, ideally, before the initiation of immunosuppressive therapy.

Participants in the meeting said that the CDC would post updated materials on its website to help guide physicians on exactly who should receive third doses.

Ultimately, however, the extra doses will be given on an honor system; no prescriptions or other kinds of clinical documentation will be required for people to get a third dose of these shots.

In public testimony, Heather Braaten, a 44-year-old being treated for ovarian cancer, said she was grateful to have gotten two shots of the Pfizer vaccine last winter, in between rounds of chemotherapy, but she knew she was probably not well protected. She said she’d become obsessive over the past few months reading medical studies trying to understand her risk.

“I have felt distraught over the situation. My prognosis is poor. I most likely have about two to three years left to live, so everything counts,” Braaten said.

She said her life ambitions were humble. She wants to visit with friends and family and not have to worry that she’ll be a breakthrough case. She wants to go grocery shopping again and “not panic and leave the store after five minutes.” She’d love to feel free to travel, she said.

“While I understand I still need to be cautious, I am hopeful for the peace of mind and greater freedom a third shot can provide,” Braaten said.

More Boosters on the Way?

In the second half of the meeting, the CDC also signaled that it was considering the use of boosters for people whose immunity might have waned in the months since they had completed their vaccine series, particularly seniors. About 75% of people hospitalized with vaccine breakthrough cases are over age 65, according to CDC data.

Those considerations are becoming more urgent as the Delta variant continues to pummel less vaccinated states and counties.

In its presentation to the ACIP, Heather Scobie, PhD, MPH, a member of the CDC’s COVID Response Team, highlighted data from Canada, Israel, Qatar, and the United Kingdom showing that, while the Pfizer vaccine was still highly effective at preventing hospitalizations and death, it’s far less likely when faced with Delta to prevent an infection that causes symptoms.

Scobie noted that Pfizer’s waning efficacy may have something to do with the fact that it uses a lower dosage than Moderna’s. Pfizer’s recommended dosing interval is also shorter — 3 weeks compared with 4 weeks for Moderna’s. Stretching the time between shots has been shown to boost vaccine effectiveness, she said.

New data from the Mayo clinic, published ahead of peer review, also suggest that Pfizer’s protection may be fading more quickly than Moderna’s.

While that may sound like cause for concern, Scobie noted that, as of August 2, severe COVD-19 outcomes after vaccination are still very rare. Among 164 million fully vaccinated people in the United States there have been about 7000 hospitalizations and 1500 deaths; nearly three out of four of these have been in people over the age of 65.

The ACIP will next meet on August 24 to focus solely on the COVID-19 vaccines.