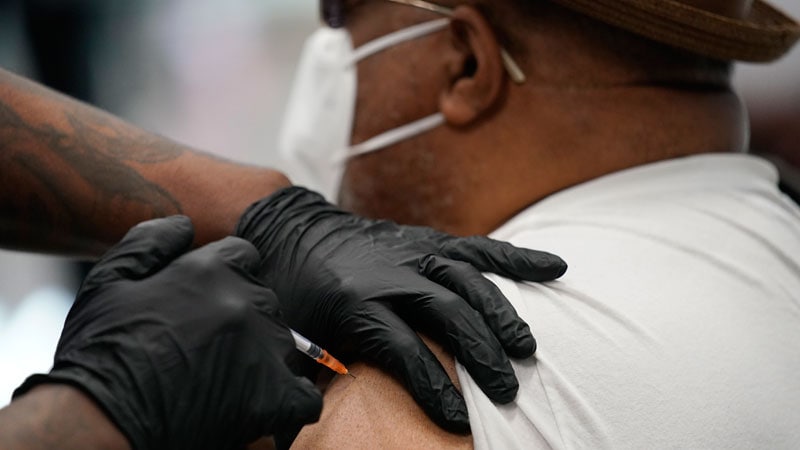 Expanding the number of Americans vaccinated against SARS-COV-2 will aid in the fight against emerging variants of the virus, but the challenges of having only a limited supply of COVID-19 shots will persist for some time, federal advisers and government scientists agreed in a panel discussion on Monday.

The Centers for Disease Control and Prevention (CDC) asked members of its Advisory Committee on Immunization Practices (ACIP) on Monday for feedback on thorny issues surrounding the distribution of limited supply of COVID-19 vaccines in the months ahead.

The panel was not asked to vote on any specific recommendations, as it had the previous day. ACIP voted unanimously on February 28 in an emergency session to approve the use of the new vaccine from Johnson & Johnson’s Janssen unit.

Instead, ACIP members were given an update from CDC staff on the threat of viral variants after spending the morning mulling ideas for trying to reach more people with limited supply of vaccine.

The CDC, for example, queried the panel on whether it might make sense to delay some people’s second doses of the Pfizer/BioNTech and Moderna vaccines, which both use mRNA technology.

But ACIP panelists did not warm to this idea, and CDC staff also appeared to lack significant enthusiasm. Indeed, in a later presentation, CDC staff noted that five studies have shown that postponing a second mRNA dose may leave some people less protected against the SARS-CoV-2 variants.

ACIP member Pablo Sanchez, MD, from The Ohio State University in Columbus, said he worried that delaying second doses might lead to more cases of people contracting COVID-19 after an initial vaccination, undermining public confidence in the medicines.

“Then we’re going to have a lot of questioning as to whether the vaccine is needed at all,” Sanchez said. “I really think strongly that we need to abide by the current recommendations and guidance” on dosing of the mRNA vaccines.

Heather Scobie, PhD, MPH, from the CDC’s staff, said during her presentation on SARS-CoV-2 variants that five studies have shown that postponing that second dose of mRNA vaccines may leave some people less protected against variants. Moderna and Pfizer are launching booster studies of their current vaccines in the United States and looking for ways to create second-generation vaccines against the B.1.351 variant, she said.

“It’s important to emphasize that the current prevention measures and licensed vaccines offer good protection against SARS-CoV-2 variants,” Scobie said. “Effort is needed to increase speed and degree of uptake.”

The CDC “sounded a little bit of an alarm” about the emerging threat of viral variants, Jen Kates, senior vice president and director of Global Health & HIV Policy at the nonprofit Kaiser Family Foundation, told Medscape Medical News in an interview about the ACIP meeting.

Kates was not a participant, but instead followed the deliberations via webcast and offered observations about the meeting on Twitter.

The expected swell in the months ahead of COVID-19 vaccine supply may take the pressure off ACIP and state and local health officials in trying to decide how to best use the available shots to keep ahead of the virus, Kates said.

“Supply is increasing,” she said. “Some of the need to make these tough decisions will ease.”

Testimony from pharmaceutical executives at a February House hearing indicated that the United States might possibly have a surplus of COVID-19 vaccines available later this year, with production increasing and new vaccines advancing to emergency clearances.

More than 72 million doses of COVID-19 vaccines have been administered in the United States as of February 27, the CDC said.

ACIP put forward detailed recommendations in December about how to allocate the initial supplies of COVID-19 shots. But states had tended to use ACIP recommendations as guidelines, and have made modifications, the CDC noted, citing a tracker developed by the Kaiser Family Foundation.

The result has been a chaotic approach to vaccine administration, favoring those who are savvy about the medical system and have the time to pursue coveted appointments over those who lack these resources, said ACIP member Sarah S. Long, MD, a professor of pediatrics at Drexel University in Philadelphia, Pennsylvania.

In the Monday meeting, she talked about the lack of equity in the distribution of vaccines. People who have good connections to their clinicians, such as those with so-called “medical homes” are at an advantage compared with those who may be more frail and isolated, Long said.

In a subsequent interview with Medscape Medical News, Long spoke of the challenge that people face in navigating the bureaucratic gauntlet for COVID-19 appointments. For example, Long had to spend about 6 hours online trying to secure an appointment for her husband, a retired doctor, including steps needed to validate his credentials. But people working for hourly wages would likely not be able to take this time to secure appointments, even if they are qualified for them.

“We’re in a mess right now because of all the different interpretations, and how difficult it is for the public to get an appointment for immunizations,” she said.

Kerry Dooley Young is a freelance journalist based in Washington, DC. She earlier covered health policy and the federal budget for Congressional Quarterly/CQ Roll Call and the pharmaceutical industry and the US Food and Drug Administration for Bloomberg. Follow her on Twitter at @kdooleyyoung.