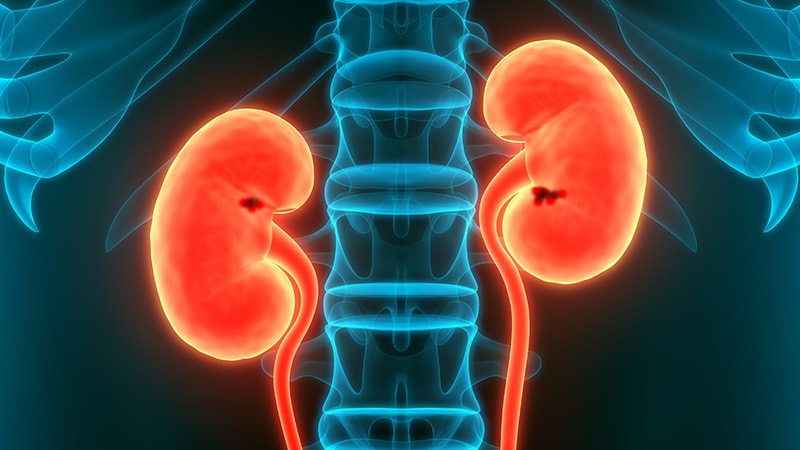 CKD and ESRD are known to be associated with an increased risk for stroke and bleeding in patients with atrial fibrillation (AF), yet data are limited on the safety and efficacy of LAA closure for stroke prevention in AF patients with CKD or ESRD, they note.

“It’s important to know about CKD and understand that there may be an association with worse levels of CKD and worse outcomes, but the data that strikes me is really that for end-stage renal disease,” Matthew Sherwood, MD, MHS, who was not involved with the study, said in an interview with theheart.org | Medscape Cardiology.

He noted that data have not been published for patients with CKD and ESRD enrolled in the pivotal PROTECT-AF and PREVAIL trials of Boston Scientific’s Watchman device or from large clinical registries such as EWOLUTION and the company’s continued access protocol registries.

Further, it’s not well understood what the best strategy is to prevent stroke in AF patients with ESRD and whether they benefit from anticoagulation with warfarin or any of the newer agents. “Thus, it’s hard to then say: ‘well they have worse outcomes with Watchman,’ which is true as shown in this study, but they may not have any other options based upon the lack of data for oral anticoagulants in end-stage kidney disease patients,” said Sherwood, from the Inova Heart and Vascular Institute, Falls Church, Virginia.

The lack of clarity is concerning, given rising atrial fibrillation cases and the prevalence of abnormal renal function in everyday practice. In the present study — involving 21,274 patients undergoing LAA closure between 2016 and 2017 in the Nationwide Readmissions Database — 18.6% of patients had CKD stages I to V and 2.7% had ESRD based on ICD-10 codes.

“These patients represent a sicker population at baseline and have an inherent greater risk for mortality in cardiac interventions, as noted in other studies of structural heart interventions,” Ahuja and colleagues write.

The in-hospital stroke rate was numerically higher in patients with ESRD compared with no CKD (aOR, 1.18; P = .62).

CKD patients were also more likely than those without CKD to experience in-hospital acute kidney injury or hemodialysis (aOR, 5.02; P <.001).

CKD has been shown to be independently associated with acute kidney injury (AKI) after LAA closure. AKI may have long-term thromboembolic consequences, the authors suggest, with one study reporting higher stroke risk at midterm follow-up in patients with AKI.

“As with other cardiac interventions in patients with CKD, efforts should be made to optimize preoperative renal function, minimize contrast volume, and avoid abrupt hemodynamic changes such as hypotension during the procedure to prevent AKI,” Ahuja and colleagues write.

Patients with CKD and ESRD had longer index length of stay than those without CKD, but had similar rates of other in-hospital complications such as systemic embolization, bleeding/transfusion, vascular complications, and pericardial tamponade requiring intervention.

“With Watchman and left atrial appendage closure what we see is that they have higher rates of readmission and other problems,” Sherwood said. “I think we understand that that’s probably related not to the procedure itself, not because the Watchman doesn’t work for end-stage kidney disease, but because the patients themselves are likely higher risk.”

Besides the inherent limitations of observational studies, Sherwood and the authors point to the lack of laboratory variables and procedural variables in the database, CKD was defined using ICD-10 codes, outcomes were not clinically adjudicated, unmeasured confounders likely still exist, and long-term follow-up is lacking.

Sherwood, who wrote an editorial accompanying the study, said that the release of outcomes data from CKD and ESRD patients in the major clinical trials would be helpful going forward, as would possible involvement with the Kidney Disease Improving Global Outcomes organization.

“One of the main points of this study is that we just need a lot more research diving into this patient population,” he said.