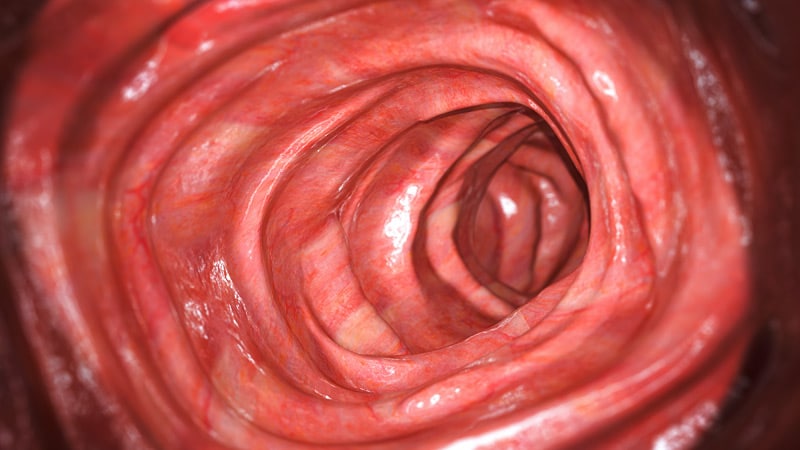 When gastroenterologists resect polyps during colonoscopy, they may inadvertently leave some neoplastic tissue behind. Biopsies from resection margins sometimes contain polyp remnants, even after a lesion has been visibly removed, research has shown. But the significance of incomplete resection has been unclear.

Among 166 participants in the Complete Adenoma Resection (CARE) study who went on to have a surveillance colonoscopy in the following years, metachronous neoplasia was detected more often in colon segments where polyps had been incompletely resected, compared with colon segments with complete resections (52% vs. 23%), according to a study in Annals of Internal Medicine.

There were no instances of cancer or high-grade dysplasia during follow-up, however.

Key questions remain, including “Why do people get cancer after colonoscopy?” said Shai Friedland, MD, MS, who was not involved in the study. “Maybe it is because of these polyps that were not removed completely.”

On the other hand, lesions that are more difficult to see in the first place and more dangerous might be responsible when colorectal cancer does occur after colonoscopy, said Friedland, professor of gastroenterology and hepatology at Stanford (Calif.) University and a gastroenterologist at Veterans Affairs Palo Alto (Calif.) Health Care System.

Although it is not surprising that polyp remnants may appear as polyps during follow-up examinations, the difference in polyp recurrence between groups “must be quite striking” for it to clearly be seen in this small study, Friedland said. The results suggest that there is a need to “redouble our efforts to make sure that we remove polyps completely and not just hope that they disappear after an incomplete job,” he added.

In the CARE study, which was conducted between 2009 and 2012 at two academic medical centers, researchers found that about 10% of neoplastic polyps with visibly complete removal may nonetheless be incompletely resected, based on the presence of neoplastic tissue in biopsies taken from resection margins.

The investigators focused on 5- to 20-mm nonpedunculated colorectal polyps that were removed during routine polypectomy using electrocautery snare resection.

“These results highlight the importance of achieving complete resection because the risk for subsequent advanced neoplasia detection statistically significantly increases without it,” Pohl said. “The large polyp size after incomplete resection within a generally short follow-up time may imply fast growth, even if none of the presumed recurrent polyps contained advanced histologic characteristics.”

Between-group differences in the participants and polyps could confound the observations, the authors noted. It is possible that endoscopists who did the follow-up colonoscopies looked harder for polyps in colon segments that had prior incomplete resections, on account of the initial study findings, they said. “It is also plausible that endoscopists with a greater incomplete resection rate would be more likely to miss polyps, which could then be detected at follow-up,” though detection and resection skills do not necessarily correlate, the investigators said.

With resection, the goal is to remove the polyp in one piece with clear margins, and researchers have known that the polyp removal techniques used in the study “are far from perfect,” Friedland said. One question is whether the field should focus on improving standard techniques, or incorporating newer, more advanced techniques such as endoscopic submucosal dissection, which is effective but may entail significant perforation risk when performed by someone who is not proficient, he said.

“One of the major focuses we had over the years is finding the polyps to prevent future cancer,” Pohl said in an interview. But the CARE study showed that “we do not do a good job of taking polyps off completely,” he added. The present analysis underscores that clinicians should do their best to remove polyps completely, even if they lack a way to confirm complete resection in routine practice, as is currently the case, Pohl said. To that end, clinicians should aim to refine their skills and techniques. Video evaluations with guidance from experts may prove helpful, he suggested. “We need to think hard about quality assessment,” Pohl said.

Pohl disclosed grants from Boston Scientific, Cosmo Pharmaceuticals, and Steris outside of the study. Friedland had no disclosures.

This article originally appeared on  MDedge.com , part of the Medscape Professional Network.