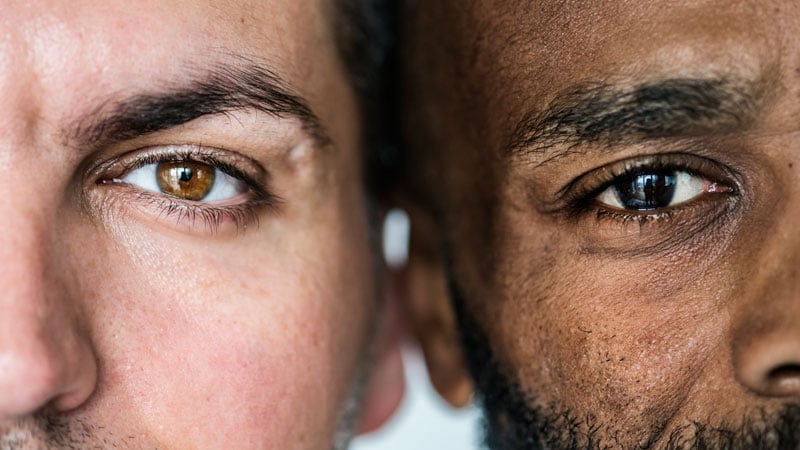 In a study of almost 200 patients, Black participants with MS or NMOSD showed significantly more rapid B-cell repopulation 6 to 12 months after receiving anti-CD20 infusion therapy with rituximab or ocrelizumab (Rituxan, Ocrevus, Genentech) than did White participants.

He said that although the study was more observational in design, “over time when people come back to the clinic, it gives you an idea of whether the agent is still working in their bodies.”

Overall, “our findings raise the question of whether the same therapy dose may be equally effective for all people,” co-investigator Ilya Kister, MD, also from NYU Langone Health, added in a press release.

Kister noted that this could have implications for the way Black patients with autoimmune diseases are treated in the future.

The results were released ahead of their presentation at the upcoming virtual American Academy of Neurology (AAN) 2021 Annual Meeting.

“While previous research has shown that this type of infusion therapy is effective for people with these diseases, we also know that Black people tend to have more severe courses of MS,” Kister said.

“We wanted to compare how quickly the B cells came back in Black people and White people after treatment,” he added.

Silverman noted that he has been “studying this agent in autoimmune disease for many years. And from all the different studies, I don’t think we had the right population to ask this question. Demographics were just reviewed as they were,” he said.

Flow cytometry results were available for all patients after undergoing anti-CD20 infusions at the NYU MS Care Center. Cluster analyses were conducted on the following B-cell subsets: CD19, CD20, IgD, and CD27.

“B-cell repopulation was defined as any detectable number of CD19+ cells on flow cytometry,” the investigators report.

Results showed that 29.8% of the full study group showed B-cell repopulation a mean of 6.8 months after infusion.

Interestingly, no patients showed B-cell repopulation before 4 months after infusion.

From 4 to 6 months after infusion, there were no significant differences between the Black and White participants in terms of frequency of B-cell repopulation (20.8% vs 17.9%, respectively; P = .79).

Overall, the findings “may have implications for clinical management of MS/NMOSD” in Black individuals, write the investigators.

“I was impressed by the differences we saw in responses of patients that were self-declaring as African Americans vs those who were Whites,” Silverman said.

However, “as we say in science: it gives us an answer but it raises even more questions, which may well be important for helping us understand how the agent works and how the disease affects different people,” he added.

Still, Silverman noted that the findings give clinicians using the agent “a signal that they should be very vigilant. It was an observation at one center, but we’re asking our colleagues [at other clinics] to think about being more careful as they review data with their patients.”

He added that future multicenter studies will allow these issues to be assessed more comprehensively. “This was a discovery study; it now needs validation; and maybe the next step would be looking into the mechanism,” he said.

Silverman pointed out that the US Food and Drug Administration–approved label for this type of therapy “allows for somewhat more frequent dosing. So that might be indicated if it’s found that it’s wearing off in an individual. Perhaps they should be treated more frequently?”

“At a minimum, this has raised our vigilance — and we’re interested to see what the feedback will be at the [AAN] meeting,” he added.

Commenting on the findings for Medscape Medical News, Eric Klawiter, MD, associate professor of neurology at Harvard Medical School and director of the Multiple Sclerosis and NMO unit at Massachusetts General Hospital, Boston, noted that an important study factor was the focus on repopulation to identify specific groups “who may be early repopulators” as it relates to disease activity and disability progression in MS.

“I thought this was a nicely designed study that made good use of real-world data in MS and NMOSD,” added Klawiter, who was not involved with the research.

He pointed out that timing was another interesting aspect of the study. “As we typically use these cell-depleting agents on an ‘every-6-month’ basis, the most pertinent timeframe surrounds those that repopulate prior to 6 months,” he noted.

If the current study would have shown differences between the Black and White participants at that time point, “I think that would have been most pertinent from a clinical standpoint and a greater opportunity for intervention,” Klawiter said. “But we saw that before 4 and 6 months [the difference] wasn’t significant.”

Still, “after 6 months, the study demonstrates that Black people with MS and NMOSD may repopulate faster,” he added.

“The only real change a clinician could make would be to modify the frequency of the dosing. So if we can identify certain characteristics that would lead you to want to evaluate for the need of re-dosing sooner, I think that would be useful,” he said.

Specific characteristics identified in previous research include body mass index. “If there are also ethnicity factors, that would be an additional demographic factor that a clinician should pay close attention to,” said Klawiter.

He noted that his current practice is to check flow cytometry and B-cell counts at the time of a patient’s next infusion. “And if I’m seeing that B-cell levels are repleting at that time point, I am already then making adjustments with their next infusion as to the dosing frequency,” he added.

“This [study] may elucidate some of the potential reasons why we see some people replete their B cells faster than others, but I think additional studies are necessary to make that determination,” Klawiter concluded.

Same Breast Cancer, Same Place, Same Treatment. This Mother and Daughter Are in it Together
Change in Course for Vax Distribution; $100 for COVID Jab; Surprise Arrival Aloft
B-Girl Logan “Logistx” Edra Feels Called to Empower Women in the Breaking Scene
Cannabis Vaping Skyrockets in High School Students
Developmental abnormalities are controlled by genetics of the fetus and placenta