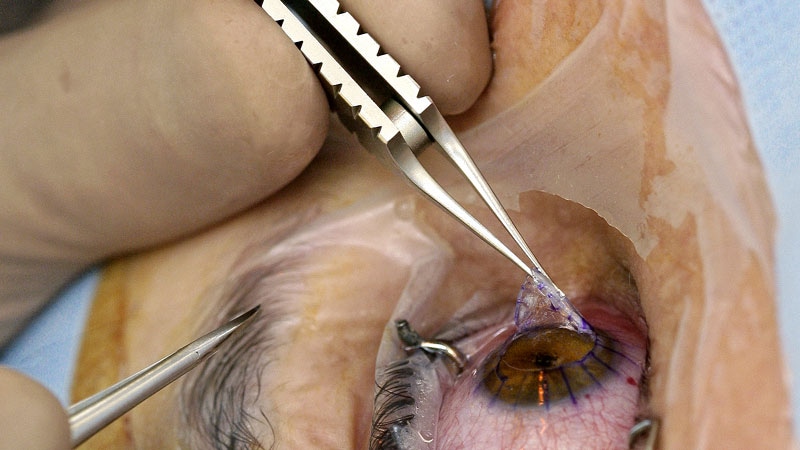 Restrictions in the United States and Canada on cornea donation by men who have sex with men are outdated and are harming patients, researchers say.

The length of the bans on donations – 5 years in the United States and 1 year in Canada – are unnecessary because of improvements in HIV testing, said Michael A. Puente, MD, an assistant professor of ophthalmology at the University of Colorado in Aurora.

“There is a worldwide shortage of corneas,” he told Medscape Medical News.

Puente and colleagues’ new data, published online in JAMA Ophthalmology, indicate that the ban is exacerbating the shortage.

The restriction on cornea donations dates to May 1994. At that time, HIV screening tests were unreliable for a period of up to 6 months after viral exposure, Puente said. A report from the US Centers for Disease Control and Prevention (CDC), also published in May 1994, noted rare instances of HIV transmission through organs that had tested negative.

The CDC recommended a 5-year waiting period for men who have sex with men, and the US Food and Drug Administration (FDA) used that recommendation in establishing its restriction, according to a written statement provided by an FDA spokesperson.

But some of the reasons for the restriction no longer apply, Puente and his colleagues argue.

Furthermore, cornea transplants may not carry the same risk as transplants of other organs. Studies of the corneas of HIV-positive donors have not found that the virus is present in most of them, apparently because avascularity prevents them from becoming reservoirs, Puente said.

Puente and his colleagues could not find any reports of HIV transmission from a cornea. Of 10 corneas whose donors were later determined to be HIV positive, none transmitted the virus. By contrast, 12 recipients of solid organs from those same donors contracted HIV, according to the authors.

The policy on corneas differs from other FDA organ donation rules. The agency allows men to donate their hearts, lungs, kidneys, and livers regardless of how recently they have had sex with other men.

Also, the agency limits only cornea donations for 1 year after sexual contact with a person of the opposite sex who is known to be HIV positive. Responding to a blood donation shortage brought about by the COVID-19 pandemic, the FDA updated its policy on blood donations in April 2020, from a 12-month to a 3-month deferral for men who have sex with men.

The policies on cornea donations in the United States and Canada contrast with those in Spain, Italy, Mexico, Chile, and Argentina, which do not require deferral periods for men who have sex with men, the researchers found. The United Kingdom requires deferral of 3 months for corneas, and France and the Netherlands require 4 months, they report.

Puente became interested in the discrepancy when he heard about a 15-year-old boy who committed suicide after being bullied because he was gay. “He was able to donate all of his organs except his corneas,” Puente said. “And I was shocked.”

To determine the effect of the US and Canadian policies, Puente contacted all 65 of the eye banks in the two countries. Of these, 24 provided the number of men whose corneas had been rejected because of the deferral policies: a total of 360 in 2018.

Assuming that each man would have donated two corneas and that those 24 eye banks account for 46.2% of donated corneas in the two countries, the researchers estimate that the deferral policies resulted in rejection of 1558 corneas that year.

The loss of these corneas is depriving thousands of people of improved vision, the researchers say. Worldwide, only one cornea is available for every 70 people who need it, they found. The United States, Italy, and Sri Lanka are the only countries that export corneas.

“We recommend that the FDA reconsider, revise, or possibly eliminate the guidelines regarding corneal donation by MSM [men who have sex with men],” they write.

The FDA declined to make someone available for an interview about the ban, but they provided a statement: “The FDA will continue to review its HCT/P [human cells, tissue, and cellular and tissue-based products] donor deferral policies to ensure they reflect the most up-to-date scientific knowledge. This process must be data-driven, so the time frame for future changes is not something we can predict.”

Laird Harrison writes about science, health and culture. His work has appeared in national magazines, in newspapers, on public radio and on websites. He is at work on a novel about alternate realities in physics.Visit him at lairdharrison.com or follow him on Twitter: @LairdH.

Depression in parents and their children – is there a connection?
Barry Sternlicht says he can’t find workers, calls on government to pay people to go back work
Is there a link between SARS-CoV-2 and Guillain-Barre syndrome?
If You Haven’t Tried Old Navy’s PowerSoft Pieces, We Have 19 Reasons Why You’re Missing Out
Ondansetron use associated with increased survival in mechanically ventilated COVID-19 patients