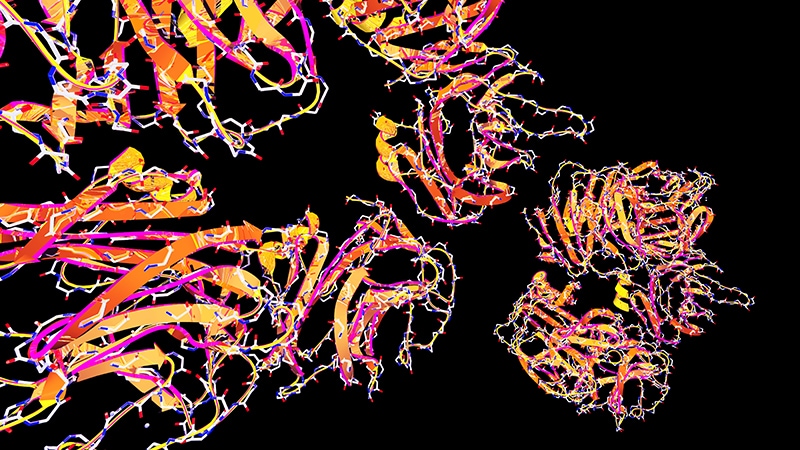 “The implications of these findings are vast,” presenting author Varsha Parthasarathy said during a late-breaking abstract session at the Revolutionizing Atopic Dermatitis virtual symposium. “Poor sleep quality is known to be associated with increased inflammatory markers such as IL-6, IL-17, and CRP, so it is interesting to see this reflected in AD patients with versus without sleep disturbance. Additionally, we know that CRP is a driver of inflammation and is strongly associated with cardiovascular complications such as heart attack and stroke. Therefore, CRP may be a useful prognostic marker in AD patients with sleep disturbances.”

To examine the comorbidity burden of sleep disorders in AD patients and associate findings with inflammatory CRP and cardiovascular comorbidities, Parthasarathy, a medical student and itch fellow in the department of dermatology at the Johns Hopkins University School of Medicine, Baltimore, and colleagues drew from TriNetX, a healthcare network of approximately 73 million de-identified medical records in 53 organizations. The years of study were 2015 to 2021. The researchers limited the analysis to adults with at least two instances of International Classification of Diseases, Tenth Revision (ICD-10) code L28 for AD, to capture a population with true AD. Controls were adults without AD who presented for general checkup and were matched to AD patients by age, race, and sex.

“There is a consequence of not treating patients with atopic dermatitis, especially those patients with sleep disturbance,” the study’s primary author, Shawn G. Kwatra, MD, associate professor of dermatology at Johns Hopkins, told this news organization. “Chronic inflammation can lead to the development of comorbidities, so it is important to offer patients early treatment to reduce their overall inflammation.” He said that he was most surprised by the degree of increased inflammation in the blood of AD as compared to healthy controls. “This likely plays a part in the development of several comorbidities,” he said.

Parthasarathy acknowledged certain limitations of the study, including the inability to infer causal relationships as uncontrolled factors may be present. “Additionally, sampling of only patients that have had medical encounters limits the generalizability of the findings,” she said. “However, findings in this large cohort study suggest that clinicians should seek to identify sleep disorders in AD patients and screen for cardiac comorbidities secondary to inflammation in this patient population.”

“There is increased data to suggest that adults with AD, particularly those with more severe disease, may be at an increased risk of cardiovascular disease and the results from [this study] further support the concept of AD as systemic disease,” said Zelma C. Chiesa Fuxench, MD, MSCE, assistant professor of dermatology at the University of Pennsylvania, Philadelphia, who was asked to comment on the study. She cited the large population-based, retrospective design and use of two instances of ICD codes for AD to confirm diagnosis as key strengths of the research. “However, it is unclear if for each patient CRP levels were measured at one single timepoint,” Chiesa Fuxench said. “For future studies, it would be interesting to see if these levels fluctuate with time and if persistently elevated levels are associated with worse cardiovascular outcomes in this population. More data is needed to better understand the relationship better atopic dermatitis disease severity, impact on sleep and how this relates to increased systemic inflammation and worse cardiovascular outcomes in this population.”

Kwatra disclosed support by the National Institute of Arthritis and Musculoskeletal and Skin Diseases of the National Institutes of Health under Award Number K23AR077073-01A1 and previous funding by the Dermatology Foundation and Skin of Color Society. Kwatra is also an advisory board member/consultant for AbbVie, Celldex Therapeutics, Galderma, Incyte Corporation, Johnson & Johnson, Novartis Pharmaceuticals Corporation, Pfizer, Regeneron Pharmaceuticals, Sanofi, and Kiniksa Pharmaceuticals and has served as an investigator for Galderma, Pfizer, and Sanofi. Chiesa Fuxench disclosed research grants from several pharmaceutical companies for work related to AD. She has also served as a consultant for the Asthma and Allergy Foundation of America, National Eczema Association, AbbVie, Incyte Corporation, and Pfizer.

Doug Brunk is a San Diego-based award-winning reporter for MDedge and Medscape who began covering healthcare in 1991. He is the author of two books related to the University of Kentucky Wildcats men’s basketball program.