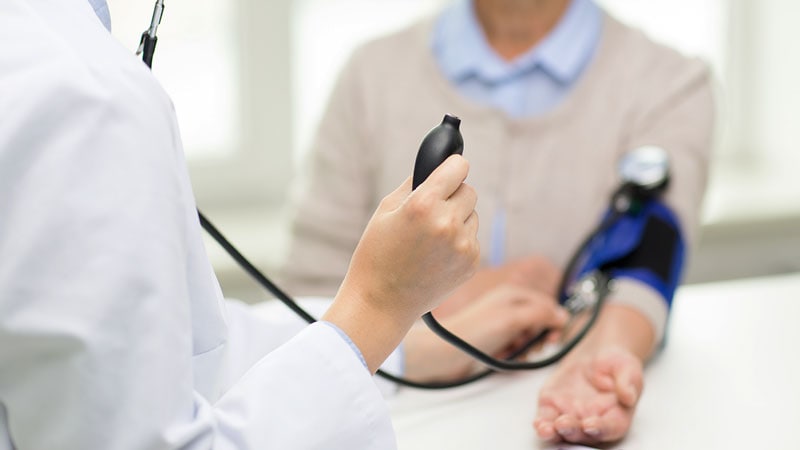 A re-evaluation of cardiovascular risk management guidelines intended for use by rheumatologists may be warranted based on findings from a recently published population-based study of the risks for 12 different cardiovascular disease outcomes in patients with autoimmune diseases.

“The notion that patients with rheumatic diseases are at increased risk of developing cardiovascular diseases has been ongoing for many years,” Nathalie Conrad, PhD, and coauthors wrote in a viewpoint article in Annals of the Rheumatic Diseases.

This has “sparked much debate concerning whether and when to initiate cardiovascular prevention therapies,” they said.

Conrad was first author on the population-based study published in The Lancet in August 2022 that used linked primary and secondary care records from datasets in the U.K. Clinical Practice Research Datalink involving individuals who were recently diagnosed with any of 19 different autoimmune diseases during an 18-year period stretching from 2000 to 2017 but free of cardiovascular disease until at least 12 months after incident autoimmune disease. “Every single autoimmune disorder we looked at was associated with increased cardiovascular risk,” Conrad, of the department of public health and primary care at Catholic University Leuven (Belgium), said in an interview.

The idea for the epidemiologic study came from mounting evidence for cardiovascular disease risk among people with autoimmune diseases but not enough to support the design of specific prevention measures.

As might be expected, “greater magnitudes of risk” were seen for individuals with systemic lupus erythematosus and systemic sclerosis than for people in the general population, with the chances of cardiovascular disease being two to four times higher. But what perhaps wasn’t expected was that all rheumatic diseases carried an increased risk for heart or vascular-related problems.

Furthermore, the increased risk could not solely be accounted for by the presence of traditional risk factors, such as blood pressure, smoking, or obesity.

“The background here is that any context of systemic inflammation would be predicted to lead to an increased vascular risk,” Iain McInnes, MD, PhD, professor of medicine and rheumatology at the University of Glasgow, said in an interview. McInnes was a coauthor of the viewpoint article in Annals of the Rheumatic Diseases.

“The implication is that there may well be increased vascular risk across the whole range of immune-mediated inflammatory diseases,” he added. “We should not, however, infer the magnitude of risk will be the same for each disease.”

What is more intriguing, McInnes said, is that “we don’t know yet whether there’s one final common pathway that leads to the blood vessel being damaged or whether different diseases might contribute different pathways.”

He added: “A question for the future is to see what are those mechanisms that drive risk across different diseases? And the reason that matters, of course, is that we might want to think about the effectiveness of different therapeutic interventions.”

They suggested that the guidelines could consider a risk multiplier of 2.5 for systemic sclerosis, 2.0 for lupus, and 1.5 for any other rheumatic disease.

While they recognize that risk multipliers aren’t perfect, “they are the best available option until personalized risk prediction tools are developed specifically for patients with RMDs.”

As a former president of EULAR, McInnes was keen to point out that “EULAR’s recommendations are evidence based and are rigorously built on [standard operating procedures] that work and have stood the test of time. I’m quite sure that the members of relevant EULAR task forces will be looking at these data, but they’ll be looking at the whole range of literature to see whether change is necessary.”

Good-quality inflammatory disease control will certainly contribute to reducing vascular risk, “but we should not make the assumption that it will be sufficient,” he cautioned. “We still have to be very careful in addressing so called conventional risk factors, but in particular thinking about obesity and cardiometabolic syndrome to be sure that when those are present, that we detect them and we treat them appropriately.”

As to who is best placed to manage a patient’s cardiovascular risk profile, McInnes said: “I think the rheumatologist has a responsibility to make sure that as much of the patient’s disease spectrum is being treated as possible.”

“As a rheumatologist, I would like to know that those elements of a patient’s disease presentation are being addressed,” whether that is by a primary care physician, cardiologist, diabetologist, or other specialist involved in the optimal management of the patient.

Conrad acknowledged receiving support from the European Union’s Horizon 2020 Program, the European Society for Cardiology, and grant funding paid to her institution from the Belgian-based Research Foundation Flounders. She also acknowledged receipt of royalties in regard to the intellectual property of a home-monitoring system for heart failure paid to Oxford University Innovation. McInnes acknowledged financial relationships with many pharmaceutical companies.