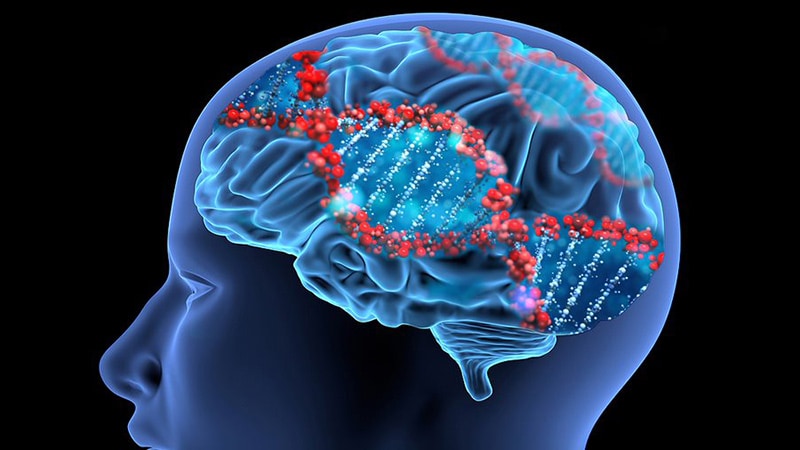 A new genetic mutation in schizophrenia that blocks neuron communication in the brain may lead to novel treatment strategies and improve understanding of the mechanics of this disease.

The discovery of this new gene, PCDHA3, could enhance the development of genetic-risk calculators “that may help us understand vulnerability to schizophrenia in high-risk individuals and identify individuals with schizophrenia who have a greater risk for poor outcomes,” said Todd Lencz, PhD, a professor at the Feinstein Institutes for Medical Research in New York, and lead author of this research. Lencz and associates reported on this new finding in the journal Neuron.

Schizophrenia affects 20 million people worldwide. Previous research has identified the important role genes play in the disease, but isolating individual genes to better understand schizophrenia has proven to be a challenge. This is a very heterogeneous disorder, with many hundreds if not thousands of genes involved, Lencz explained in an interview. “It is very different from single-gene disorders like Huntington disease, for example. For this reason, we need very large sample sizes to find any one gene that seems to be common to many cases in a sample.”

To enhance the power of finding rare variants in a heterogeneous disease with large numbers of genes, Lencz and colleagues chose a homogeneous “founder” population, a cohort of Ashkenazi Jews, to examine genomes from schizophrenia patients and controls. “As we have reported in prior work over the last decade, the 10 million or so Ashkenazi Jews living worldwide today all are descended from just a few hundred people who lived approximately 750 years ago, and moved into Central and Eastern Europe,” said Lencz. The study included 786 cases of schizophrenia and 463 controls from this Ashkenazi population. This is considered to be an extremely small sample for a genetic study. However, because this population evolved from a few hundred individuals to a massive explosion in a historically short period of time, it had enhanced statistical power, said Lencz.

“We showed that just a few thousand Ashkenazi Jewish cases would have the statistical power of a regular population that was 5-10 times larger, from a genetic discovery perspective,” he added.

The investigators used whole-genome sequencing to conduct their analysis, using public databases to filter out any variants that had been previously observed in healthy individuals worldwide. “We were looking for ultrarare variants that might have a very powerful effect on the disease,” Lencz said. Such individual mutations are very rarely seen in the general population.

Because of the disease’s ultraheterogeneity, it’s extremely unusual to find a recurrent, ultrarare variant. “In some ways, the genetics of schizophrenia is so complex that every patient worldwide is unique in the genetics that led to his or her disorder.” The goal was to find individual mutations that might be observed multiple times across the schizophrenia group, Lencz said.

Lencz and colleagues accomplished this with their unique Ashkenazi Jewish population. “We identified one particular mutation that was repeatedly observed in our cases that has not been observed in healthy individuals that we’re aware of,” he said. The PCDHA3 mutation was identified in 3 out of the 786 schizophrenia cases.

In another dataset, they examined from the Schizophrenia Exome Sequencing Meta-analysis (SCHEMA) consortium, they found it two additional times, bringing the total to five cases. SCHEMA is a large international consortium of genetics studies in schizophrenia that contains thousands of cases and controls, some of which are Ashkenazi Jewish cases.

“Importantly, the mutation was not observed in any controls, in either our Ashkenazi dataset, the SCHEMA dataset, or more than 100,000 other controls reported in several publicly available genetics databases,” Lencz said.

How the Gene Leads to Schizophrenia

Among the 786 cases, the investigators found several other genes in the broad cadherin family that had implications in schizophrenia development.

Much of the genetics of schizophrenia in recent years has focused on the synapse as the point of abnormality underlying the disorder. “We think our paper demonstrates in multiple ways the synaptic scaffolding role the cadherins superfamily of genes play in schizophrenia pathophysiology. This is novel – it has never been described before,” said Lencz. The discovery of the PCDHA3 variant adds a level of detail and resolution to this process, pointing researchers toward a specific aspect of synaptic formation that may be aberrant. “So the hope is we’re not just learning about these five individuals and their synapses. This result is perhaps telling us to look very carefully at this aspect of synaptic formation.”

Lencz and colleagues plan to expand upon and enhance their existing Ashkenazi sample to take advantage of the founder effect in this population. “Of course, there are many large-scale efforts to recruit ethnically diverse patients with schizophrenia to study around the world. We encourage that. Our expectation is that the biology is not in any way unique to Ashkenazi individuals. This is just the approach we took to enhance our power,” he said.

The PCDHA3 discovery won’t have an immediate impact on clinical practice. In the longer term, “we are aware of certain pharmacologic approaches that might be able to manipulate the cadherins. That would be a worthy focus for future research,” Lencz said.

Additional studies will be critical to see how current medications in schizophrenia treatment could mitigate and improve any changes caused by this genetic mutation, noted Anthony T. Ng, MD, who was not involved with the study. More specifically, studies would help assess the impact of a schizophrenia patient with this mutation in areas of functioning, “so that psychosocial and rehabilitation treatment models of schizophrenia can provide more targeted treatment,” said Ng, medical director of community services and director of neuromodulation services at Northern Light Acadia Hospital in Bangor, Maine.

The work of Lencz and associates is significant in that “it started to identify a very specific genetic change that can help focus treatment of schizophrenia,” Ng said.

Neither Lencz nor his associates had any conflicts of interest. Ng had no disclosures.