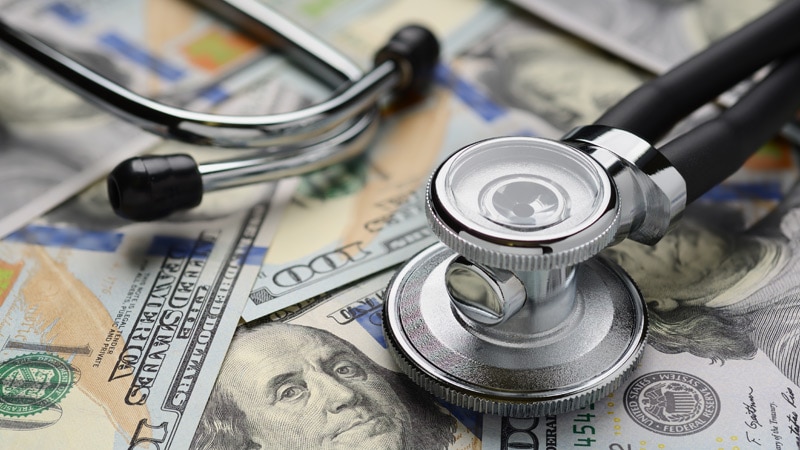 Family physicians as a whole managed to hold the line on earnings in 2020, even advancing their net worth to some degree, despite the pandemic and a large dose of medical school debt, a Medscape survey shows. 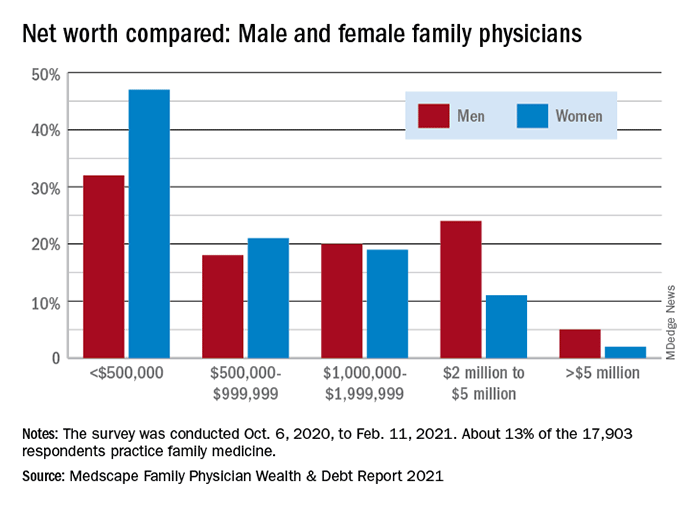 In early 2020, in a survey done before the pandemic, family physicians reported average earnings of $234,000. In 2021, with months of pandemic behind them, survey data show that family physicians averaged $236,000 in earnings.

“Although many medical offices were closed for a period of time in 2020, some physicians made use of the Paycheck Protection Program; others cut staff, renegotiated leases, switched to telephysician visits, and made other cost-cutting changes that kept earnings on par,” Medscape’s Christine Lehman wrote.

“The rise in home prices is certainly a factor,” Joel Greenwald, MD, CFP, a wealth management adviser for physicians, said in an interview.

“Definitely, the rise in the stock market played a large role; the S&P 500 finished the year up over 18%. Finally, I’ve seen clients … cut back on spending because they were worried about big declines in income and also because there was simply less to spend money on,” said Greenwald of St. Louis Park, Minn.

The wealth disparities that exist among family physicians get somewhat realigned, however, when viewed through the lens of physician gender. The higher-worth segments of the specialty skew rather heavily male: Five percent of male FPs are worth over $5 million versus 2% of females, and 24% of men are worth $2 million to $5 million versus 11% of women, based on data from the 13% of survey respondents (n = 17,903) who practice family medicine.

Zooming out from the world of family practice to the universe of all physicians shows that FPs are closer to allergists and immunologists than to dermatologists when it comes to share of practitioners with net worth over $5 million. That macro view puts allergy/immunology at 2%, family medicine at 4%, and dermatology at 28%. Meanwhile, family physicians’ 40% share of those worth under $500,000 is at the high end of a range in which oncologists are lowest at 16%.

Medical School and Other Debt

Another area where FPs find themselves looking down on most specialties is medical school debt. Only emergency medicine has more physicians (33%) paying off their school loans than family medicine (31%), while infectious disease has the fewest (12%), according to the Medscape survey, which was conducted Oct. 6, 2020, to Feb. 11, 2021.

Larger proportions of family physicians are paying off credit card debt (30%), car loans (44%), and mortgages on primary residences (67%), while 10% said that they are not paying off debts. Nonpayment of those debts was an issue for 9% of FPs who said that they missed payments on mortgages or other bills because of the COVID-19 pandemic. Almost all FPs said that they live either within (48%) or below (46%) their means, Medscape reported.

“There are certainly folks who believe that as long as they pay off their credit card each month and contribute to their 401(k) enough to get their employer match, they’re doing okay,” Greenwald said. “I would say that living within one’s means is having a 3- to 6-month emergency fund; saving at least 20% of gross income toward retirement; adequately funding 529 college accounts; and, for younger docs, paying down high-interest-rate debt at a good clip.”

What is Vicoprofen?
There Are Aspects of Surfing Everywhere You Look — Just Ask Malia Ward
Chemical peel for acne scars
What is negging?
The Indian second wave: SARS-CoV-2 infection-induced immunity could be ineffective in protecting population