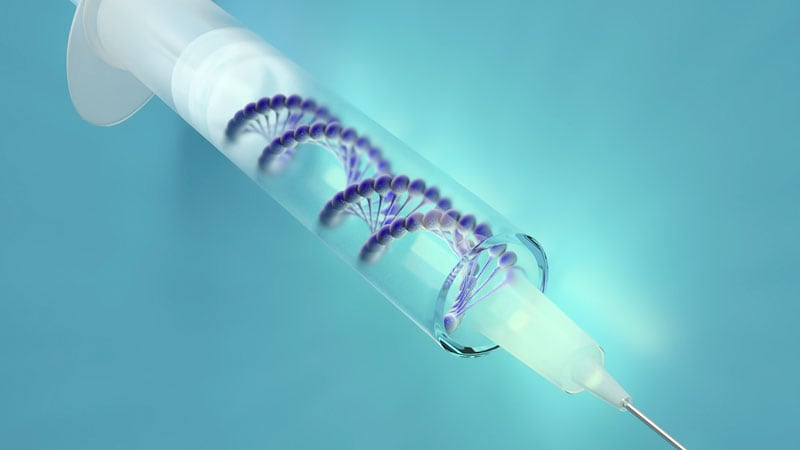 The U.S. Food and Drug Administration has approved etranacogene dezaparvovec (EtranaDez), the first gene therapy option for adults with hemophilia B who currently use factor IX prophylaxis therapy, have current or historical life-threatening hemorrhage, or have repeated, serious spontaneous bleeding episodes.

“Gene therapy for hemophilia has been on the horizon for more than 2 decades. Despite advancements in the treatment of hemophilia, the prevention and treatment of bleeding episodes can adversely impact individuals’ quality of life,” said Peter Marks, MD, PhD, director of the FDA’s Center for Biologics Evaluation and Research. “Today’s approval provides a new treatment option for patients with hemophilia B and represents important progress in the development of innovative therapies for those experiencing a high burden of disease associated with this form of hemophilia.”

Hemophilia B is caused by a deficiency in clotting factor IX attributable to a faulty gene. The newly approved IV infusion delivers a functional gene to liver cells via an adeno-associated virus that instructs them to make the clotting factor. The genetic instructions remain in the cell but aren’t incorporated into the patient’s own DNA, according to a press release from maker CSL Behring.

Behring has not announced a price for the one-time treatment, but a recent analysis from the Institute for Clinical and Economic Review said charging $2.93-$2.96 million would be justified because etranacogene dezaparvovec would offset the need for ongoing factor IX replacement, which can top $20 million over a lifetime.

Approval was based on the single-arm, open-label HOPE-B trial in 54 men who relied on factor IX replacement therapy; most patients with hemophilia B are male.

Durability of the effect remains a concern, but data have been reassuring, with subjects having a mean factor IX activity of 39 IU/dL at 6 months — 39% of normal — and 36.9 IU/dL at 18 months, about 37% of normal. There’s been no sign so far of patients developing inhibitors against the infusion.

Adverse events were common but largely mild and included headache and influenza-like illness, both in 13% of subjects. Nine patients needed steroids for liver enzyme elevations.

The trial was temporarily halted due to a case of liver cancer, but it was ultimately deemed not to be related to treatment, based on molecular tumor characterization and vector integration analysis. A death in the trial was also not considered treatment related.

Other gene therapies are in the pipeline for hemophilia, including valoctocogene roxaparvovec (Roctavian, BioMarin) for hemophilia A. FDA’s approval decision is expected in March 2023.

A final thought from our columnist Grace Victory
Study investigates microbial composition in bat lung tissue
What to do with all of those Thanksgiving leftovers
Aston University and Partnership Medical join hands to develop an automated endoscope cleaning system
Pregnancy Brain Is Real, Says Study. Here’s The Surpring Reason Behind The Phenomenon