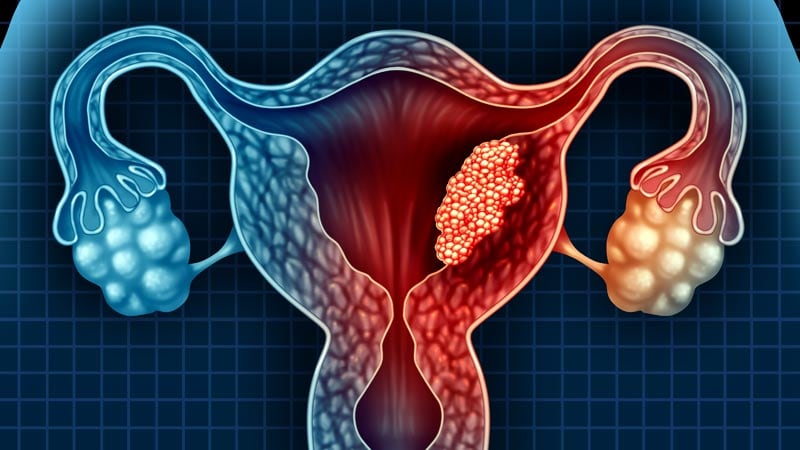 The US Food and Drug Administration today gave an accelerated approval to the immunotherapy dostarlimab (Jemperli) for the treatment of recurrent or advanced endometrial cancer with deficient mismatch repair (dMMR), which are genetic anomalies abnormalities that disrupt DNA repair.

Usage of the new checkpoint inhibitor is limited to patients who have progressed on or following prior treatment with a platinum-containing chemotherapy. Eligibility must also be determined by an FDA-approved test for the dMMR biomarker.

Approximately 25% to 30% of patients with advanced endometrial cancer have dMMR tumors, according to the FDA.

The approval is “evidence of the FDA’s progress in applying precision medicine to expand treatment options for patients with cancer,” said Richard Pazdur, MD, director of the FDA’s Oncology Center of Excellence and acting director of the Office of Oncologic Diseases in the FDA’s Center for Drug Evaluation and Research.

He explained that the immunotherapy was “specifically studied to target dMMR endometrial cancer and leverages scientific knowledge surrounding the mechanism of immunotherapy response.”

The new drug also addresses an unmet medical need, as there are limited therapeutic options in this setting following front-line standard treatment with a platinum-containing chemotherapy.

The approval is based on safety and efficacy data from a single-arm, multi-cohort clinical trial. Of the 71 patients with dMMR recurrent or advanced endometrial cancer who received dostarlimab, 42.3% had a response. For 93% of that group, the response lasted 6 months or longer.

Common side effects of dostarlimab include fatigue, nausea, diarrhea, anemia, and constipation. Like other checkpoint inhibitors, the new drug can cause serious conditions known as immune-mediated side effects, including pneumonitis, colitis, hepatitis, endocrinopathies and nephritis.

Dostarlimab is contraindicated in women who are pregnant or breastfeeding because it may cause harm to a developing fetus or newborn baby.

The FDA approval comes a month after the Committee for Medicinal Products for Human Use of the European Medicines Agency recommended granting conditional marketing authorization for dostarlimab for use as monotherapy in this same patient group.

In the US, dostarlimab received Priority Review designation and Breakthrough Therapy designation for this indication.

Nick Mulcahy is an  award-winning  senior journalist for Medscape, focusing on oncology, and can be reached at  nmulcahy@medscape.net and on Twitter:   @MulcahyNick