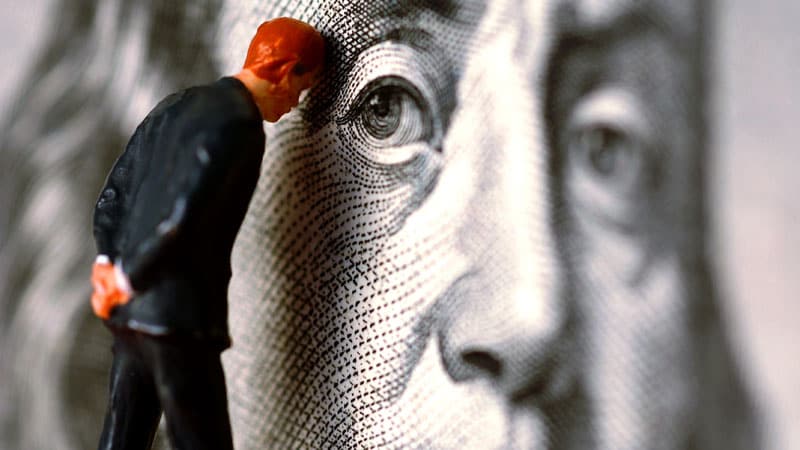 Worries about out-of-pocket costs of treatment they are receiving — so-called “financial toxicity” — may harm outcomes for patients with cancer, new research suggests.

The study found that patients with head and neck cancer who were worried about their finances had approximately double the risk of dying when compared to patients without such worries.

The findings were published in Oral Oncology.

“The association we found was very strong, and very concerning,” he said. “If you are worried about your finances, your risk of dying is roughly double.”

Singh emphasized that the risk of dying was not related to missing treatment due to financial concerns. Although it has been previously reported that as many as a quarter of all patients with cancer choose not to fill a prescription because of cost, this was not the case for the current study population. “Our patients all finished on time and did not skip treatments,” he said.

Singh suggests these results could be extrapolated to the larger cancer population, as many cancer types require long treatments, expensive targeted agents, and surgery. “It is possible, and we are studying it in lung, breast, and prostate cancer patients,” he said.

The problem of financial toxicity has been widely reported; however, few solutions have emerged, especially those that can be implemented immediately. Singh reports his institution has begun a referral program and plans to publish on this soon. “We have been utilizing financial counselors for our head and neck patients for more than 3 years,” he said. “This has stabilized the amount of financial worry during the course of treatment — meaning it didn’t get worse while the patient was undergoing treatment.”

In the article, Singh and colleagues explain that they studied patients with head and neck cancer because medical and out-of-pocket expenses are higher for this tumor type compared with other malignancies. Previous studies have shown that patients with head and neck cancer are at risk for worsening quality of life due to financial toxicity, and one study showed that more than two out of three such patients relied on cost-coping strategies, such as selling personal assets or taking credit card loans (J Onc Pract. 2017;13:e310-8).

The team conducted a retrospective review of 284 patients treated at Roswell Park Comprehensive Cancer Center with definitive or postoperative radiation therapy between 2013 and 2017. The median age of patients was 61 years and more than three quarters were men (77.5%).

At baseline, 41 (14.4%) patients reported a high level of financial difficulties, and the rate of relapse was higher among these patients.

The researchers note there was no significant association between financial difficulties and receipt of additional treatments (P = .36) or immunotherapy (P = .62).

When the team narrowed their focus to 66 patients matched with well-balanced baseline characteristics, the significant association was even more pronounced: a high level of financial difficulties remained associated with worse overall survival (HR, 2.72; P = .04) and cancer-specific survival (HR, 3.75; P = .02).

Researchers comment that the hazard ratios for overall survival in their current study in the overall and match pair populations (1.75 and 2.72) are consistent with the overall cohort hazard ratio of 1.79 reported by Ramsey and colleagues. “If confirmed in other cohorts, this would suggest that relatively mild financial toxicity at baseline may have the same impact on mortality as an extreme consequence like post-therapy bankruptcy,” they comment.

The study was supported by the National Cancer Institute Cancer Center. The authors have declared no disclosures