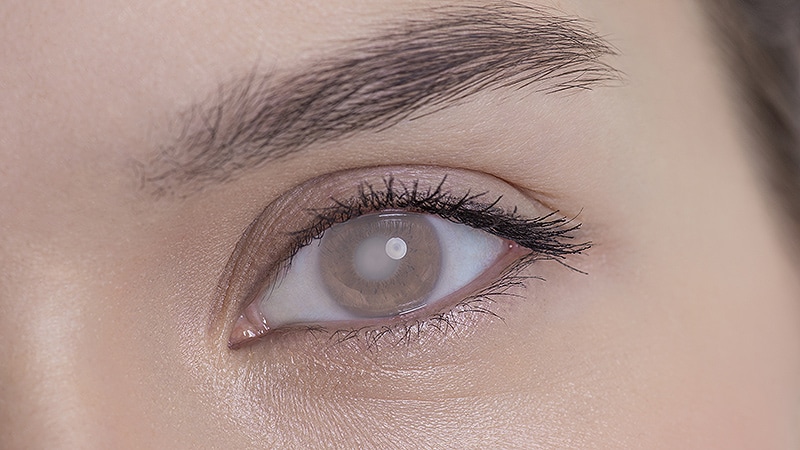 The case report was published in the Annals of Internal Medicine on March 2.

The patient was a 37-year-old woman who exhibited chronic kidney disease and who reported blurred vision. Antihypertensive and statin therapy did not halt the decline of the patient’s kidney function, and she was subsequently found to have LCAT deficiency.

Faguer told Medscape Medical News that “the use of CER-001 in this patient was based on the molecular mechanisms that underlie LCAT deficiency–related organ disorders, the ability of CER-001 to reverse transport free cholesterol from tissue in previous in-human studies, and the anti-inflammatory and complement-regulating properties of HDL cholesterol.”

The drug ― which has previously shown some promise in reducing the burden of atherosclerosis in patients with genetic lipid abnormalities ― led to a “clear improvement of the patient’s blurred vision at the end of follow-up” and stabilized her kidney function, the team reports.

This result in combination with “previous data showing the role of apolipoprotein A-1 in the development of corneal clouding and blurred vision lays the groundwork for interventional studies evaluating CER-001 in patients who develop lipid corneal deposits from other causes,” the researchers write.

Faguer, a nephrologist, confirmed to Medscape Medidcal News that “interventional studies evaluating CER-001 in LCAT deficiency or other kidney disorders are indeed being discussed with Abionyx Pharma.”

In a press release, Abionyx said: “The patient, who was about to undergo dialysis due to the rapid decline in renal function, was able to avoid the need for dialysis during her treatment with CER-001. In addition, the patient ― who was suffering from lipid deposits in the corneas ― saw the visual blurring disappear. This clear improvement in visual function is still observed after 1 year of follow-up.”

She was found to have mesangial hypertrophy on kidney biopsy. Electron micropscopy revealed numerous pseudomyelin deposits associated with capillary obstruction.

The team determined that the patient was compound heterozygous for two LCAT gene variants.

Treatment with antihypertensive medications and atorvastatin did not halt the decline in the patient’s kidney function. A rapid decrease in estimated glomerular filtration rate (eGFR) had occurred during the preceding 9 months. Treatment with CER-001 was initiated under a compassionate use program.

During 5 months of treatment with the drug and 6 months of follow-up, her eGFR stabilized, and her vision normalized. There was no recurrence of blurred vision.

The splenomegaly was unaffected, and LpX was still detectable. However, no adverse effects were observed. No other treatment was introduced. The team says that the “stabilization of renal function was due to administration of CER-001.”

“We hope that this case report will draw attention to CER-001 as a novel, immediately available treatment option for patients with familial LCAT deficiency and that this will provide further data for the use of CER-001 in this disorder,” the researchers say.

They suggest that the effects of CER-001 on renal progression should be assessed in more common proteinuric diseases, including diabetic nephropathy or extramembranous glomerulonephritis (two diseases characterized by a reduction in local LCAT activity, glomerular lipid deposits, and inflammatory processes), or other nephropathies related to lipid deposits.

“These positive clinical data demonstrate that CER-001 prevented significantly kidney function decline,” Faguer commented in the Abionyx press release. “ApoA-I containing HDL mimetic CER-001 is the first treatment that has proven its ability to slow the progression of renal failure and reduce visual discomfort secondary to corneal lipid deposits in a patient” with a familial lipid disorder.

“We look forward to conducting new clinical studies of CER-001 to assess its ability to improve the prognosis of other orphan or common kidney diseases for which no effective treatment is currently available,” he adds

A Role for CER-001 for Those Who Develop Corneal Deposits From Other Causes?

“The clear improvement of the patient’s blurred vision at the end of follow-up and previous data showing the role of apoA-1 in the development of corneal clouding and blurred vision lays the groundwork for interventional studies evaluating CER-001 in patients who develop lipid corneal deposits from other causes (such as secondary lipid keratopathy or inherited corneal dystrophy),” the researchers add.

Funding for the study has not been disclosed. CER-001 was provided by Abyonyx Pharma. Fageur reports relationships with VIFOR Pharma and ASAHI.

Ask KHN-Politifact: I’ve recovered from Covid. Why do i still have to mask up?
Fire Up Your Core and Arms at the Same Time With This Spicy Dumbbell Workout
White House: J&J Pause Won’t Affect Vaccine Program
Five-year study aims to improve health of patients with cystic fibrosis across their growing lifespan
Is oatmeal good for diabetics?