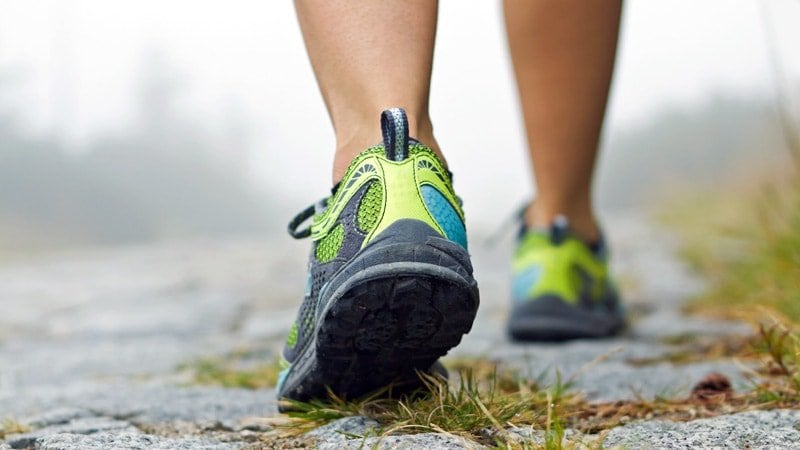 Taking more steps per day is associated with a progressively lower risk of cardiovascular disease (CVD) among older adults — and the benefits accrue at well below the widely promoted threshold of 10,000 steps per day, new research shows.

“We hope this study will contribute evidence to future public health and clinical guidance on how many steps we need for health,” Amanda Paluch, PhD, with University of Massachusetts Amherst, told theheart.org | Medscape Cardiology.

Getting in more steps per day can lower an individual’s risk for heart disease — but it’s not an “all or nothing” situation, Paluch said.

“The heart health benefits begin at lower than 10,000 steps per day. So, for the many adults that may find 10,000 steps a bit out of reach, it is important to promote that even small increases in steps can be beneficial for health,” Paluch said.

The study was published online December 20 in Circulation.

As part of the Steps for Health Collaborative, Paluch and colleagues examined the dose-response relationship between steps per day and CVD in a meta-analysis of eight prospective studies involving 20,152 adults (mean age 63, 52% women).

During follow-up lasting an average of 6.2 years, a total of 1523 CVD events were reported.

Restricting the analysis to individuals without known CVD at baseline showed similar results.

Despite the inverse association of steps with CVD in older adults, there was no association in younger adults. The researchers caution, however, that CVD is a disease of aging, and the follow-up period in these studies may not have been long enough to capture CVD incidence in younger adults.

Stepping rate (pace or cadence) was not associated with CVD risk beyond that of total steps per day. However, only four of the eight studies reported data on stepping rate, so this finding should be viewed as preliminary, Paluch and colleagues say.

Start Small and Go From There

Paluch said the take-home message from this study and numerous others is simple.

“Move more and sit less! Being physically active, by getting in your steps, is an important part of keeping your heart healthy,” she told theheart.org | Medscape Cardiology.

For adults who are currently inactive, Paluch suggests finding small ways to get in a few more steps per day. “It does not need to be drastic changes. Consider a brief 5- to 10-minute walking break at lunch, taking the stairs, or playing a game of hide and seek with the grandchildren,” Paluch advised.

“For adults starting at 3000 steps a day, set a goal of 4000, and then 5000. Each improvement can lead to better heart health,” Paluch said. “And for those who are already active, keep it up as there are benefits with higher volumes of steps per day as well.”

Support for this research was provided by the Intergovernmental Personnel Act Agreement through the Centers for Disease Control and Prevention. The authors have reported no relevant financial relationships.

FDA OKs Elacestrant for ESR1+ Advanced, Metastatic Breast Cancer
Outdoor play reduces some of the negative effects of screen time for young children
Therapeutic small molecule can restore visual functions after optic nerve injury
What is secondhand stress and how do I get rid of it?
CDC Investigates Stroke Risk Of Pfizer Bivalent Booster