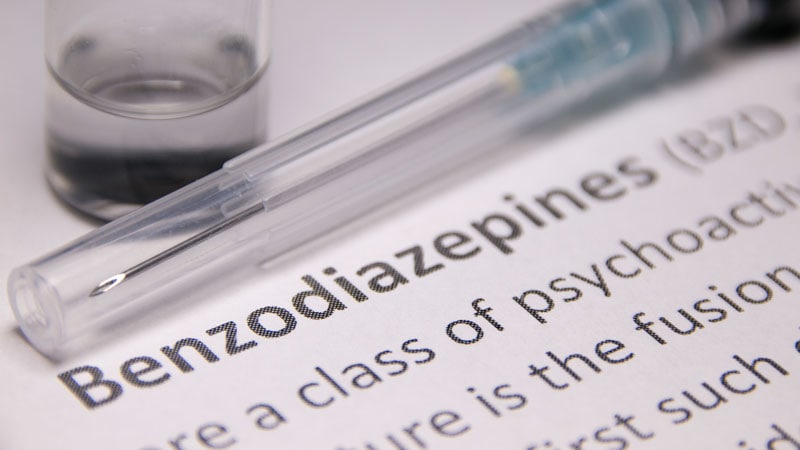 Fractures, falls, and stroke are all risks for patients with dementia who take higher dose “Z-drugs,” including zopiclone, zaleplon, and zolpidem for sleep disturbances, results of a large observational study show.

The risks with higher doses of Z-drugs were similar or greater in magnitude than those for higher dose benzodiazepines.

Z-drugs “should be avoided in people with dementia. Guidance indicates they should be avoided but they are still prescribed despite this,” Chris Fox, MD, from University of East Anglia, Norwich, England, told Medscape Medical News.

The study was published online November 24 in BMC Medicine.

Z-drugs, a class of non-benzodiazepine gamma-aminobutyric acid agonists with a shorter half-life, were initially thought to be safer than benzodiazepines, but growing evidence has revealed significant adverse effects in this patient population.

Similar associations were found when higher dose Z-drug users were compared with nonsedative users with a recent GP visit.

“Minimal or inconsistent” excess risk for adverse outcomes were observed when Z-drugs were prescribed at lower doses (≤ 3.75 mg zopiclone or equivalent) daily, the investigators report.

There were no consistent or clinically significant increased risks of mortality, infection, or VTE with Z-drug use.

Patients with dementia who were prescribed higher dose Z-drugs were also more likely to be admitted to the hospital, visit their GP, and receive prescriptions for antipsychotics, antidepressants, and antibiotics.

“Our findings serve an important caution regarding the harms of sleeping tablets in people with dementia,” Clive Ballard, MD, University of Exeter Medical School, England, who collaborated on the study, said in a statement.

“This research is a very timely and unfortunately necessary reminder that sedative medications are not a helpful way to manage social isolation during COVID-19,” he added.

Options included Improving sleep hygiene and reviewing medicines that may be causing the sleep problem.

“If one has to prescribe medication this should be very time-limited. Patients on Z-drugs should not stop but should consult their health provider to tailor off them,” said Fox.

Reached for comment, Marc Gordon, MD, chief of neurology, Zucker Hillside Hospital, Glen Oaks, New York, said, “This was a study that was worth doing. They looked at [this issue] more systematically, and I think they did a good job in trying to control for, or at least address, the potential confounding effects.”

The study adds to the literature and provides validation of what we have suspected — that it’s probably not a good idea to give sedative hypnotics to elderly people with dementia,” said Gordon.

However, he cautioned, “with a study like this, you can determine there is an association, but you can’t absolutely determine causality.”

The study was funded and commissioned by the National Institute of Health Research (NIHR). Fox and Gordon have disclosed no relevant financial relationships.

Here’s What Runners Should Look For When Shopping For Base Layers — Plus, 10 Top Picks
How to help a loved one with body dysmorphic disorder
When Are Moderna, J&J Booster Shots Coming?
High-dose CIMT produces longer lasting improvements in children with hemiparetic cerebral palsy
FDA staff doesn’t take stance on Moderna Covid booster shots, says two doses are enough to protect against severe disease