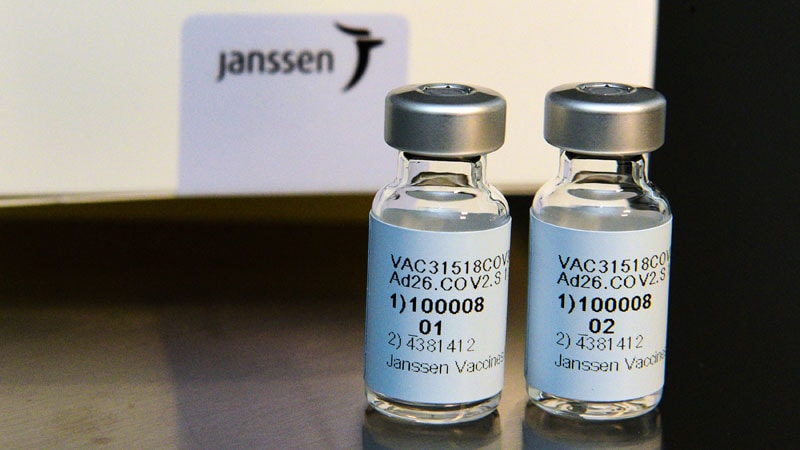 The efficacy against severe disease provided by the Janssen/Johnson & Johnson vaccine held true regardless of age, race/ethnicity, absence or presence of comorbidities, and geography. The 44,000-participant ENSEMBLE study was conducted in the United States, South America, and South Africa

“The team is very diligently monitoring all the variants that come up, and there are literally thousands of these. We are acting in anticipation of a variant being a potential problem. The South African variant we too acted on right away. So we too are preparing that antigen for testing.

With data today, we do see that not a single South African, after 28 days post-vaccination, ended up needing to go to the hospital, no South African died who was vaccinated.
We do see that 85 plus percent protection in South African against severe disease. That is one of the most exciting results in the dataset today,” said Mathai Mammen, MD, PhD, global head, Janssen Research & Development.

The overall efficacy was 66% globally, 72% in the United States, 66% in Latin America, and 57% in South Africa against moderate to severe SARS-CoV-2 28 days post-vaccination, officials from the National Institutes of Health and Janssen reported during a media briefing.

But the J&J vaccine has potential advantages over the existing two-dose Pfizer/BioNTech and Moderna mRNA vaccines because it’s single-dose and has less stringent storage requirements — only regular refrigeration is needed versus a need to freeze the two-dose Pfizer/BioNTech and Moderna COVID-19 vaccines. The J&J vaccine can be refrigerated for up to 3 months at 36°-46 °F (2°-8 °C).

But the difference between these just-released efficacy figures and the 94% to 95% efficacy provided by the existing Pfizer/BioNTech and Moderna mRNA vaccines generated many questions during the briefing.

Anthony Fauci, MD, director of the National Institute of Allergy and Infectious Diseases, said the focus should not just be on the overall numbers. “The most important thing from a public health standpoint domestically is to keep people out of the hospital and prevent them from getting severe illness,” he said. “Many in the general public might look at a number and want to know if they get symptomatic disease or not.”

“More important than preventing someone from getting some aches and a sore throat is to prevent people — particularly people who have underlying conditions and the elderly, the ones most susceptible to a severe outcome — [from getting] severe disease,” Fauci added. Prevention of severe outcomes in a high percentage of individuals “will alleviate so much of the stress, human suffering and death.”

Fauci acknowledged that many people will naturally focus on the distinction between 72% efficacy and 94% to 95% efficacy. “This could be a messaging challenge…[but] you have to make sure people understand the implications.”

Instead, the messaging should be that “this and the other vaccines we have actually preventing severe disease to a very substantial degree.”

Janssen defended their efficacy findings, pointing out that it is not a fair comparison.

“The vaccine programs that went a couple of months ago, they ran their studies during different times, when the pandemic was less complex. There were not these variants and there was not the same level of incidence, which puts pressure on vaccine efficacy,” said Mathai Mammen, global head of research and development for Janssen.

“So the numbers cannot really be compared, and that does pose a messaging challenge,” he said. “But the reality is if one was to run the same studies [for the Pfizer and Moderna vaccines] today you would likely see different results.”

Asked if the efficacy figures could affect vaccine hesitancy, NIH Director Francis Collins, MD, PhD, said at the announcement that most reluctance among people to get vaccinated against SARS-CoV-2 stems from concerns about safety. “The safety record is extremely good for this vaccine, as it is for the others who have received emergency use authorization.”

Janssen/J&J plans to submit for emergency use authorization from the US Food and Drug Administration next week, at which point the company plans to release more information of side effects, deaths, patient subpopulation efficacy, and more from the ENSEMBLE trial.

Janssen is aiming to provide 1 billion doses by the end of this year.

Damian McNamara is a staff journalist based in Miami. He covers a wide range of medical specialties, including infectious diseases, gastroenterology and critical care. Follow Damian on Twitter:  @MedReporter