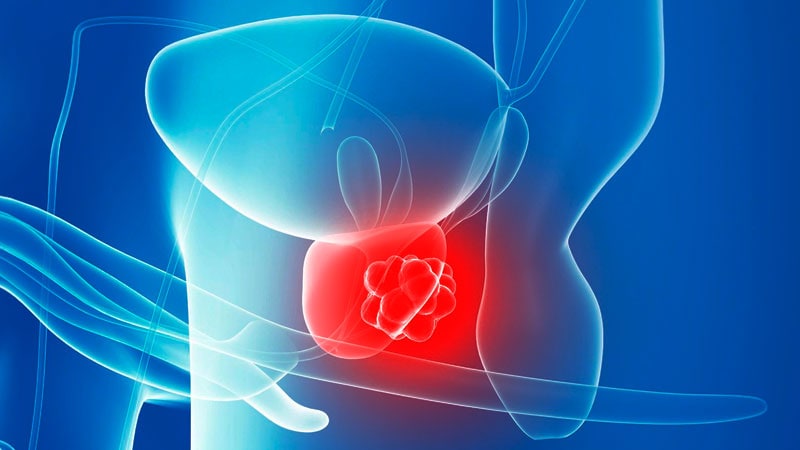 Metastatic castration resistant prostate cancer (mCRPC) can be classified as either luminal or basal and, as in primary tumors, the distinction has important prognostic and therapeutic implications, concludes a new report in JAMA Oncology.

Furthermore, the classification is “an important step toward better personalizing therapy for men with mCRPC,” write investigators led by Rahul Aggarwal, MD, a genitourinary oncologist at the University of California, San Francisco.

The classification is already of clinical importance in localized disease for prognosis and guides treatment, but has not until now been examined in mCRPC, they point out.

That’s probably due to the difficulty of biopsying prostate metastases, which often reside in the bone, the team adds.

The team retrospectively reviewed genetic and clinical information from 634 men in four clinical trial cohorts; 45% had tumors classified as luminal and 55% were classified as basal based on increased or decreased expression of luminal and basal gene signatures. Treatment in the cohorts was at physicians’ discretion.

Much of what the team found is similar to what’s been reported for localized disease. Namely, “that patients with luminal tumors should be considered for androgen-signaling inhibitor [ASI] therapy, and those with basal tumors could be considered for chemotherapeutic approaches given the similarity to small cell/neuroendocrine prostate cancer and the diminished benefit of androgen-signaling inhibitors,” Aggarwal and colleagues write.

Stunningly and consistent with dependence on oncogenic androgen receptor signaling in luminal tumors, luminal patients had significantly better survival when they were treated with ASIs instead of chemotherapy, with a median overall survival or 32 vs 8.7 months (hazard ratio [HR], 0.27; P < .001).

The basal subtype included but was not exclusive to small cell/neuroendocrine prostate cancer (SCNC), “which raises the potential that non-SCNC basal tumors (the majority) may share enough similarity with their SCNC counterparts that similar chemotherapy-based treatment strategies may be effective, especially given the diminished benefit of ASI therapy,” the team writes.

Rodwell Mabaera, MD, PhD, a medical oncologist at Dartmouth-Hitchcock Medical Center in Lebanon, New Hampshire, agreed with investigators about the potential impact of the basal/luminal classifications in an accompanying editorial.

“These subtypes represent a potentially powerful tool for personalized therapeutic decision-making that may improve outcomes in mCRPC,” he writes.

Mabaera notes that “the worst survival outcome was seen among patients with luminal tumors treated with chemotherapy, suggesting a potential negative effect of chemotherapy in this subgroup.”

The authors “appropriately concluded that use of ASI would be recommended in this population…. If confirmed, these results would be practice changing for choice of treatment in [the] luminal subtype of mCRPC.”

In basal tumors, the investigators identified genetic changes for resistance to androgen receptor antagonists and increased dependence on DNA damage repair pathways. That opens “the prospect that PARP inhibitors,” which block cancer cells from repairing DNA, “may be effective in this subgroup of patients,” Mabaera said.

The basal/luminal treatment duality may not completely apply, however.

That’s because there was a trend toward improved survival with ASI treatment in basal tumors (HR, 0.62; P = .07), which suggests there may still be a subset of basal tumors that are dependent on androgen pathway signaling and would benefit from ASI therapy, he said.

Regarding the difficulty of biopsying mCRPC metastases, the investigators noted that the limited intraindividual variability in biopsy results supports “the feasibility of classifying patients on [the] basis of a single biopsy of a metastatic tumor.”

The work was supported by the US Department of Defense Prostate Cancer Research Program, the National Cancer Institute, and others. Aggarwal has served as a paid consultant to and/or has received research funding from a number of companies, including Janssen, Merck, and AstraZeneca. Mabaera has disclosed no relevant financial relationships.

M. Alexander Otto is a physician assistant with a master’s degree in medical science, and an award-winning medical journalist who has worked for several major news outlets before joining Medscape. He is an MIT Knight Science Journalism fellow. Email: aotto@mdedge.com.