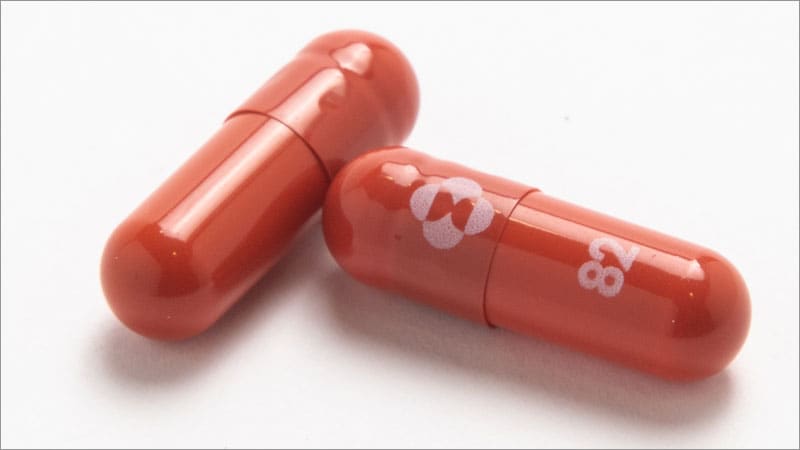 Soon after Merck announced on September 1 it would ask federal regulators for emergency use authorization (EUA) for its auspicious new COVID-19 pill, the accolades began.

Interim clinical trial results show that the drug may slash the risk of hospitalization or death by 50% in those with mild-to-moderate COVID.

When the results were found to be so favorable, the study was halted at the recommendation of an independent data monitoring committee and in consultation with the FDA.

That initial enthusiasm is now tempered with some perspective on the pros and cons. “This anticipated drug has gotten a little more hype than it deserves,” says William Schaffner, MD, professor of preventive medicine and infectious disease specialist at Vanderbilt University Medical Center in Nashville. He and others suggest a reality check.

“It’s not exactly a home run, like penicillin for strep throat,” agrees Carl Fichtenbaum, MD, professor of infectious diseases at the University of Cincinnati College of Medicine, who is investigating a similar pill for a rival company, Atea, partnering with Roche.

“But it is encouraging,” he said. “It will probably be an incremental improvement on what we have.” The fact it can be taken at home is a plus: “Anything we can do to keep people from getting sicker is a good thing.”

“The data show in this higher risk group [those who were studied had at least one risk factor for severe COVID, such as age or a medical condition], it reduces the risk of advancing to severe disease by 50%,” Schaffner said. While that’s a clear benefit for half, it of course leaves the other half without benefit, he said.

Others critiqued the predicted cost of the drug. The US government has already agreed to pay about $700 per patient, according to a new reportf rom Harvard and King’s College Hospital. That same analysis also concluded that the actual cost of production for the 5-day course is only $17.74.

Melissa Moody, a Merck spokesperson, told Medscape Medical News by email that “We fully expect that having an oral treatment that reduces the risk of hospitalizations will be significantly cost effective for society. We are optimistic that molnupiravir can become an important medicine as part of the global effort to fight the pandemic.”

Merck expects to produce 10 million courses of treatment by the end of the year, with additional doses expected to be produced in 2022, according to a company press release Earlier in 2021, Merck finalized its agreement with the US government to supply about 1.7 million courses of the drug at the $700 price, once an EUA or FDA approval is given.

Details about the study findings came from a Merck press release. In the planned interim analysis, Merck and Ridgeback evaluated data from 775 patients initially enrolled in the Phase 3 MOVe-OUT trial.

All adults had lab-confirmed mild to moderate COVID-19, and reported onset of symptoms within 5 days of being randomly assigned to the drug or placebo. All had at least one risk factor linked with poor disease outcome (such as older age or obesity).

The drug is a ribonucleoside and works by creating mutations in the virus’s genome, halting the ability of the virus to replicate.

Through day 29 of the study, the drug reduced the risk of hospitalization or death by about 50%. While 7.3% of those who received the drug either died or were hospitalized by day 29, 14.1% of those on placebo did, a statistically significant difference (p=0.0012).

The ability to take the drug orally, and at home, is a definite plus, Schaffner said,  compared to the monoclonal antibody treatment currently approved that must be given by IV or subcutaneously and in certain locations.

More people could potentially be reached and helped with the option of an at-home, oral medicine, he and others agree.

The regimen for molnupiravir is four pills, two times daily for 5 days, even if symptoms are only mild. As with other prescription drugs, ”there will always be folks who don’t comply completely” with the prescribed regimen, Schaffner said. With this pill, that might be especially true if their symptoms are very mild.

Even so, the new pill could change the pandemic’s course, others say. “I think molnupiravir has the potential to change how we take care of people who have COVID and risk factors for developing severe disease,” Rajesh Tim Gandhi, MD, an infectious disease physician at Massachusetts General Hospital and Harvard Medical School, told Medscape Medical News by email.

“What we’ll need to do, however, is make sure that people get tested quickly after they develop symptoms and, if they’re confirmed to have COVID, start on the pills within 5 days of developing symptoms,” he said, while warning that more data is needed about the drug and the trial results.

Another concern is that the promise of a pill will stall vaccination rates, with some people figuring why get vaccinated when they can obtain the pill if they do get sick.

Relying on treatment alone won’t work, Schaffner said. “Let’s [also] focus on prevention, which is the vaccine. We have to keep working both sides of the street.”

Gandhi of Harvard adds: “It’s important to remember that even though molnupiravir reduced the likelihood of hospitalization and death, a number of people who received the drug still got sick enough to end up in the hospital.”

Also unknown, he said, is how severe their disease was and whether they will develop long COVID.

The Merck study included only unvaccinated people. Might it work for those vaccinated people who get a breakthrough infection? ”From a purely scientific perspective, there is no reason to believe molnupiravir would not work in people who are vaccinated, but the overall efficacy on top of the vaccine is likely dependent on how well they were able to mount a protective immune response to the vaccine,” Moody said.

Still, Merck believes the pill could be of benefit for these infections, too, she said.

As for the expected cost, Moody said that the company takes into account a number of factors in setting pricing, ”but fundamentally we look at the impact of the disease, the benefits that the drug delivers to patients and to society, and at supporting ongoing drug development.”

Pfizer is also studying an antiviral pill, PF-073211332, a protease inhibitor that blocks the protease enzymes and halts replication of the virus.

In addition to studying the drug in infected patients at high risk of severe illness and in those at typical risk, Pfizer launched a phase 2-3 study in late September that will enroll people who live in the same household as a person with a confirmed, symptomatic COVID-19 infection to see if the drug can prevent disease in those who have been exposed.

Atea Pharmaceuticals and Roche’s COVID pill, AT527, is in phase 3 trials as well.  AT527 is an inhibitor of polymerase, an enzyme many viruses have, to stop replications. Atea is evaluating the drug to reduce disease ”burden” and for both pre- and post-exposure prevention.

It may be necessary to target the coronavirus with more than one antiviral agent, said Fichtenbaum, a principal investigator for the AT527 trials.

“Sometimes viruses require two or three active agents to control their replication,” he said, citing information gleaned from other viral research, such as HIV. For control of HIV infection, a cocktail or combination of anti-virals are often recommended.

That may well be the case for COVID-19, Fichtenbaum said. The goal would be to attack the virus at more than one pathway.

Teen Gives Up Homecoming Crown To Comfort Girl Who’d Lost Mom To Cancer Hours Before
Researchers report long-lasting effects of gene therapy in children with deadly immune disorder
Study finds a downward trend in buprenorphine misuse among U.S. adults with opioid use disorder
Medicaid expansion helped save lives of young adults who experienced a traumatic injury
How to help a loved one with body dysmorphic disorder