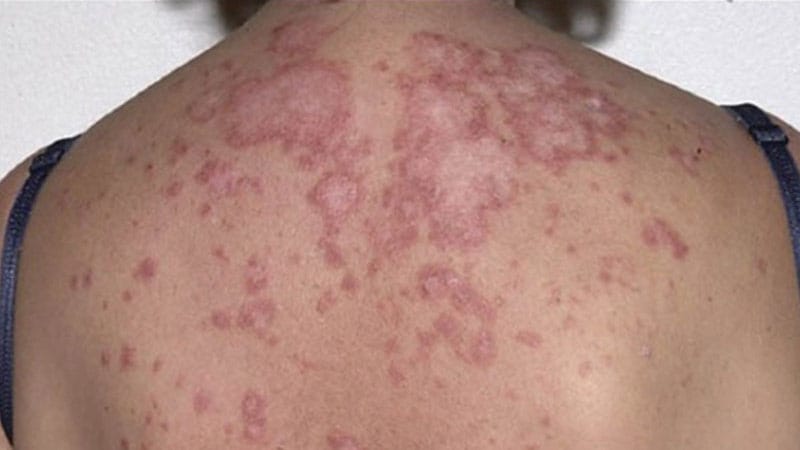 People with systemic lupus erythematosus (SLE) have a threefold greater likelihood of having up to five or more comorbidities in comparison with people in the general population, according to the results of two separate US population-based studies.

The higher rate of comorbidities seen included many of those commonly reported before, such as cardiovascular and renal disease, but also some that may be less frequently associated with SLE, notably chronic obstructive pulmonary disease (COPD) and cardiac arrhythmias.

“However, a patient-centric approach where a patient as a whole is seen and how many comorbidities they accrue has not been performed.” added Duarte García, who is a rheumatologist at the Mayo Clinic in Rochester, Minnesota.

Duarte García reported the findings of one of the studies, both of which used data from the Rochester Epidemiology Project, a record-linkage system that collates clinical and hospital data from individuals who live in 19 counties in southeast Minnesota and eight counties in western Wisconsin; these patients have agreed to share their medical records for research.

and American College of Rheumatology criteria. These were matched by age, sex, race, and county to 479 individuals without SLE.

A previously published list of 44 categories of comorbidities was used to classify the multimorbidity seen, and 27 of these were “overrepresented” in patients with SLE.

The highest OR comparing SLE with non-SLE individuals was seen for pulmonary disorders (39.0).

Duarte García highlighted four comorbidities that occurred in SLE patients that were perhaps more unusual: congestive heart failure (OR, 13.3), valvular heart disease (OR, 4.2), cardiac arrhythmias (OR, 2.85), and COPD (OR, 2.7).

“Given the association of multimorbidity with poor outcomes, care delivery strategies to manage multimorbidity are needed in SLE,” Duarte García concluded.

There is also an excess of comorbid conditions in people with cutaneous lupus erythematosus (CLE), Mehmet Hocaoglu, MD, said in reporting the findings of the second study.

Hocaoglu, an internal medicine resident at the University of Maryland Medical Center in Baltimore, and part of the same team of researchers as Duarte García, noted that in skin-related lupus, the risk of multimorbidity was about doubled.

For this separate analysis, a total of 303 patients with cutaneous lupus had been matched to 303 controls from the general population. ORs for having two or more or five or more comorbidities were a respective 2.27 and 1.65.

Among the comorbidities seen that were higher in those with cutaneous lupus than in the general population subjects were fibromyalgia, liver disease, hypertension, anemia, hypothyroidism, and COPD.

“Further research is definitely needed to identify if the driver of this multimorbidity in CLE patients is the disease itself or the treatments CLE patients are receiving or a multifactorial cause that is driving the disease association,” Hocaoglu said.

“Comorbidities that are not appropriate to the general population compared to SLE” seem to have been included in the overall SLE and the cutaneous lupus analyses, Raquel Faria, MD, suggested.

Faria, an internal medicine consultant at Unidade de Imunologia Clínica – CHU Porto in Portugal, chaired the poster discussion session in which the two studies had been presented.

She wondered if the researchers had analyzed the data while accounting for “the comorbidities that you knew are due to activity in lupus, like anemia?”

The number of patients with SLE who had pulmonary circulation disorders — 7.5% vs 0.2% of the general population — also caught Faria’s attention.

That’s “a really huge number,” Faria pointed out “I think it is pretty overrepresented.”

“What we were observing initially is precisely what you’re mentioning,” he responded to Faria.

“We were pulling patients who were having disease manifestation rather than a comorbidity,” Duarte-García said.

These are initial and very exploratory data, he stressed. “We have now moved on to modify the index.” Some of the changes that they have made were to incorporate the SLICC Damage Index Score and tighten up the list of ICD codes used.

No outside funding was received for either of the studies. Duarte García and Hocaoglu individually stated that they had no actual or potential conflicts of interest in relation to their presentations.