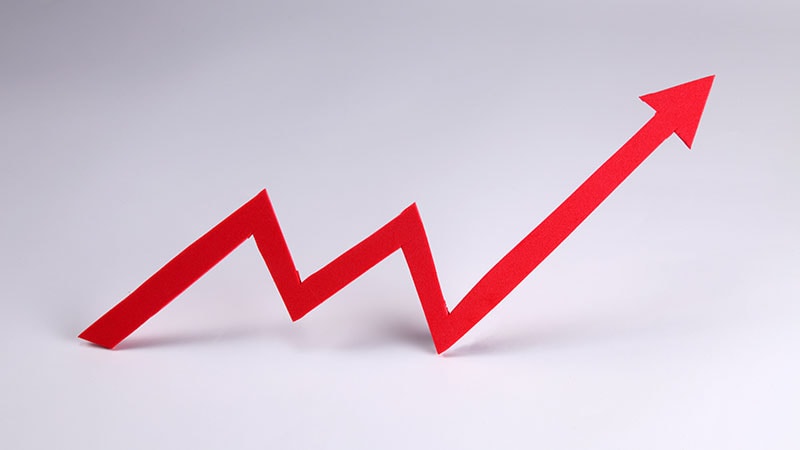 The US is experiencing a boom in epilepsy care, with new data showing a significant increase in dedicated centers.

Data from the National Association of Epilepsy Centers (NAEC) show the number of accredited epilepsy centers increased by nearly 60% — from 161 in 2012 to 256 in 2019, with the largest increases occurring among centers dedicated to caring for only adults or only children.

There was also an increase in the complexity of surgical cases and procedure volume, including laser interstitial thermal therapy (LITT). However, overall surgical volume in the US remained stable or declined for most procedure types.

“Overall, centers are meeting the needs of persons with epilepsy as data emerge regarding the care of special populations, such as women with epilepsy and those who may benefit from the ketogenic diet or surgery,” study investigator Adam P. Ostendorf, MD, an attending pediatric neurologist at Nationwide Children’s in Columbus, Ohio, told Medscape Medical News.

The findings were published online December 8 in Neurology.

About 30% of patients with epilepsy do not respond to treatment with antiseizure medication and may benefit from surgical procedures, dietary therapies, or participation in clinical trials, the investigators note.

The American Academy of Neurology recommends patients with epilepsy also undergo evaluation at a comprehensive epilepsy center; most of these take place at centers that are members of the NAEC. These institutional members send annual reports to NAEC about the services they provide, procedure volumes, and staffing.

In previous research, investigators examined reports submitted from 2003-2012 and identified trends in epilepsy centers. Since that time, NAEC has created a procedure for accreditation, and the number of member centers has expanded.

To examine recent changes in NAEC member centers, the investigators analyzed data from reports submitted in 2012, 2016, and 2019. They focused on level 3 and level 4 NAEC epilepsy centers, which have the most resources and expertise.

Although the number of centers increased, median center size, defined as the number of epilepsy monitoring unit (EMU) beds and admissions, did not change. EMU admissions per 1 million people increased from 11.7 to 30.3 (+159%) in level 3 centers and from 193 to 259 (+34%) in level 4 centers.

The availability of testing and specialized services also increased at level 3 and level 4 centers. The areas with the greatest growth included complementary and alternative medicine, ketogenic diet (in level 3 and adult centers), and genetic testing and counseling.

Procedures with the largest increases in volume were LITT (61%), responsive neurostimulation implantations (114%), and intracranial monitoring without resection (152%). The growth in temporal lobectomies (5.9%), extratemporal resections (11.9%), and hemispherectomies or hemispherotomies (13.1%) was lower than the growth in centers (59%).

Corpus callosotomies decreased by 12.8%, and vagus nerve stimulator implantations by 2.4%.

Surgical case complexity increased during the study period. A major reason for this is the increased use of stereo EEG (SEEG) and extratemporal surgery, the investigators note.

“The proportion of surgeries that target areas outside the temporal lobe has increased, and these require more complicated presurgical testing and planning,” said Ostendorf.

SEEG followed by resection, ablation, or neurostimulation also became more common during the study period. “These techniques require more specialized training and equipment, increasing the complexity of the cases,” he added.

The next step for epilepsy specialists should be to examine the effect of changes documented in the study on patient outcomes, he said.

“We need to move beyond measuring our processes, services, and volumes,” Ostendorf said. “Now we need to measure how care at our epilepsy centers impacts both seizure outcomes and patient quality of life.”

Commenting on the findings for Medscape Medical News, Kimford J. Meador, MD, professor of neurology and neurosciences at Stanford University in Palo Alto, California, said he describes the study as a “good data set” that shows progress in the care of patients with epilepsy.

Meador co-authored an editorial that accompanies the researchers’ study.

“Even over this little time window of about a decade, we see evolution in how people are approaching care of the patients,” added Meador, who wrote the editorial with Barbara Jobst, MD, Geisel School of Medicine, Dartmouth University, Hanover, New Hampshire.

The study’s main limitation is its failure to examine monitoring in neural ICUs, said Meador. Patients with intracerebral hemorrhage or critical illness undergo this monitoring because they are at risk of seizures.

“Sometimes these patients are in coma and not jerking, and it’s unclear if they’re having the seizures,” said Meador. If undetected and untreated, nonconvulsive seizures can destroy the brain. “That makes up about half of our work now these days, I think, and they didn’t cover that.”

The advent of LITT is an exciting development because of the advantages it provides, said Meador. “That’s a huge step forward to be able to do the surgery that helps someone and reduce the morbidity and risk of it at the same time.”

Although the results represent good news, there are still unmet needs.

“Even though the monitoring has gone up, and surgeries and stimulation combined have gone up, it’s still a lot of patients with refractory epilepsy who are not getting referred or getting evaluated,” said Meador. One reason is that patients do not appreciate that ongoing seizures, even if infrequent, pose risks.

The study was funded by Nationwide Children’s Hospital and the National Association of Epilepsy Centers. Ostendorf and Meador have disclosed no relevant financial relationships.