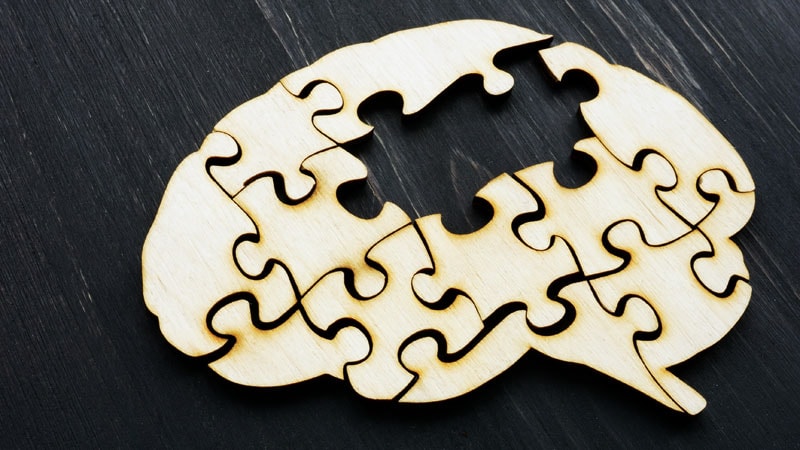 Results from a phase 2 placebo-controlled trial of the investigational antiamyloid drug donanemab show that the novel agent met the primary outcome of slowing cognitive decline in patients with early symptomatic Alzheimer’s disease (AD).

Results from the TRAILBLAZER-ALZ trial were presented at the 2021 International Conference on Alzheimer’s and Parkinson’s Diseases (AD/PD) and were simultaneously published online March 13 in the New England Journal of Medicine.

As previously reported by Medscape Medical News, topline results showed that donanemab slowed cognitive decline by 32% on the Integrated AD Rating Scale (iADRS) from baseline to 76 weeks relative to placebo.

The newly released detailed findings showed that “the use of donanemab resulted in a better composite score for cognition and for the ability to perform activities of daily living than placebo at 76 weeks, although results for secondary outcomes were mixed,” the investigators, with first author Mark A. Mintun, MD, an employee of Eli Lilly, report.

Results revealed improvement in scores on the Clinical Dementia Rating Scale-Sum of Boxes (CDR-SB) and the 13-item cognitive subscale of the AD Assessment Scale (ADAS-Cog13), but the differences between the two treatment groups were not significant. In addition, score changes on the AD Cooperative Study-Instrumental Activities of Daily Inventory (ADCS-iADL) and the Mini-Mental State Examination (MMSE) were not “substantial.”

However, the donanemab group did show an 85-centiloid greater reduction in amyloid plaque level at 76 weeks, as shown on PET, compared with the placebo group.

The randomized, placebo-controlled, double-blind TRAILBLAZER-ALZ trial, which was described as a “Phase 2 proof of concept trial” in the AD/PD program, was conducted at 56 sites in the United States and Canada and included 257 patients between the ages of 60 and 85 years (52% women). PET confirmed tau and amyloid deposition in all participants.

The active treatment group (n = 131) was randomly assigned to receive donanemab 700 mg for three doses; after that, treatment was bumped up to 1400 mg. Both the donanemab and placebo groups (n = 126) received treatment intravenously every 4 weeks for up to 72 weeks.

The study’s primary outcome measure was change between baseline and 76 weeks post-treatment on composite score for cognition, as measured by the iADRS. The iADRS combines the ADAS-Cog13 and the ADCS-iADL.

This measure ranges from 0 to 144, with lower scores associated with greater cognitive impairment. Both treatment groups had an iADRS score of 106 at baseline.

Differences in score changes from baseline to 76 weeks for the treatment vs placebo groups on the following secondary outcome measures were:

The CDR-SB was designated as the first secondary outcome, and because it did not show a significant between-group difference, “the hierarchy failed and no definite conclusions can be drawn from data regarding the differences between groups in the change in the ADAS-Cog13,” the investigators write.

In addition, the differences in scores on the latter two secondary outcomes were not “substantial,” they report.

Total incidence of death or serious adverse events did not differ significantly between the groups. However, the donanemab group had significantly more reports of ARIA-E compared with the placebo group (26.7% vs 0.8%).

Overall, the researchers note that more trials of longer duration with larger patient numbers are warranted “to further determine the efficacy and safety of donanemab” in AD.

In a statement sent to Medscape Medical News, Maria Carrillo, PhD, chief science officer for the Alzheimer’s Association, said the organization “is encouraged by this promising data.”

“It is the first phase 2 Alzheimer’s trial to show positive results on a primary outcome measure related to memory and thinking,” Carrillo said. However, “more work needs to be done on this experimental drug therapy.”

Carrillo noted that because the trial was moderately sized and only about 180 participants completed the study, “we look forward to the results of a second, larger Phase 2 trial of this drug.”

Still, she added that there were several “novel and innovative aspects” in the way the study was conducted noting that it showcases the evolution of AD research.

Also commenting on the results for Medscape Medical News, Howard Fillit, MD, neuroscientist and founding executive director and chief science officer of the Alzheimer’s Drug Discovery Foundation, said the study showed “the pharmacology works” and that the drug did what it was supposed to do in terms of removing Aß plaque.

“It also gave us a signal in a relatively small phase 2 study that there might be a modest cognitive benefit,” said Fillit, who was not involved with the research.

He noted that although the rate of decline slowing was statistically significant it remains to be seen whether this is clinically meaningful, particularly in light of the fact that the secondary outcome results were mixed.

“Basically, it was a positive study that probably needs to be followed by another, much larger study to get us to really see the benefit,” Fillit said.

The study was funded by Eli Lilly. Mintun is an employee of Eli Lilly. Carrillo and Fillit have reported no relevant financial relationships.