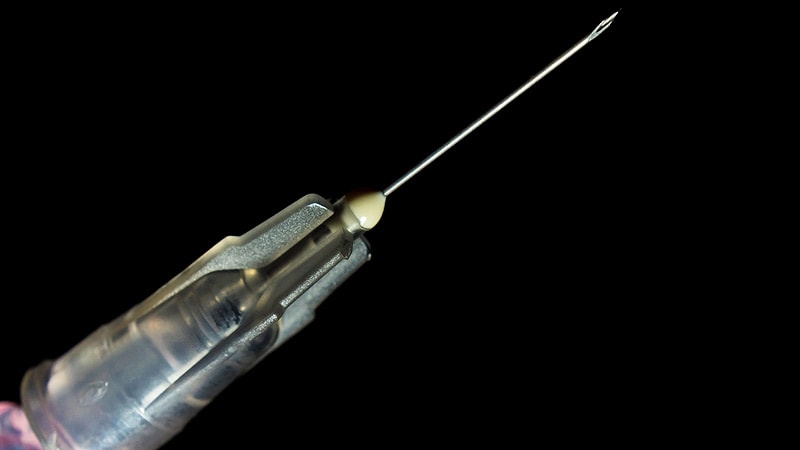 A novel liquid biopsy test has been shown to distinguish between patients with neurofibromatosis type 1 (NF1) who have benign plexiform neurofibroma (PN) precursor lesions from patients who have malignant peripheral nerve sheath tumors (MPNST), say authors of a multi-institutional cross-sectional study.

“Transformation from PN to MPNST is challenging to detect by imaging…or by biopsy…which often delays the diagnosis of MPNST and results in a worsened prognosis,” Jeffrey Szymanski, MD, PhD, Washington University School of Medicine, St. Louis, Missouri, and colleagues observe.

“To our knowledge, these results represent the first evidence of a liquid biopsy test to capably differentiate between malignant and premalignant tumors in a heritable cancer predisposition syndrome,” they state.

The same test will also allow oncologists to monitor a patient’s treatment response when they are treated for MPNST and determine whether patients still harbor minimal residual disease (MRD), they add.

“These advances are critical for improving the substantial morbidity and mortality associated with these aggressive tumors in patients with this common cancer predisposition syndrome,” they add.

Up to 15% of patients with PN develop MPNST, which is associated with a poor prognosis because the tumor can quickly spread. Once patients develop MPNST, about 80% die within 5 years of the diagnosis.

The study, done jointly by the Washington University School of Medicine and the National Cancer Institute, was published online August 31 in PLOS Medicine.

The study involved a total of 53 individuals: 16 healthy controls without NF1, 23 patients with PN, and 14 patients with MPNST. Plasma samples were collected from all participants and were analyzed for plasma cell-free DNA (cfDNA), which is shed from cells into the plasma.

The team used ultra-low-pass whole-genome sequencing technology to look for differences in the genetic material among the three groups. “We found that cfDNA from patients with MPNST harbors a shorter fragmentation profile compared to patients with PN or healthy donors,” Szymanski reports.

Using sequencing reads from this fragmentation profile, investigators then quantified genomewide copy number alterations (CNAs) in cfDNA and used the CNAs to estimate the fraction of plasma cfDNA originating from the tumor. Tumor fraction is the proportion of cfDNA that comes from tumors, and the team found that “tumor fraction in plasma cfDNA distinguished pretreatment [MPNST] from PN with 86% accuracy.”

The specificity of the assay was also high at 91%, but the sensitivity was moderate at 75%.

Investigators also explored the relationship between plasma tumor fraction derived from the assay and radiologically measured tumor burden. In this particular phase of the study, they were able to demonstrate that cfDNA analysis can be used to track treatment response in MPNST patients, and that it does so with potentially greater precision than standard imaging techniques.

Serial cfDNA analysis in turn showed that the same assay had the potential to noninvasively detect the presence of MRD as well as treatment response. “Application of this liquid biopsy technology has the potential to adjudicate equivocal imaging, serve as an MRD and treatment response biomarker, and, most importantly, facilitate the early detection of MPNST,” the authors conclude.

Investigators are now planning to carry out a larger trial, with the goal of moving the accuracy of their assay closer to 100%.

The research was supported by grants from the Children’s Cancer Foundation, the National Institute of General Medical Sciences, and the NCI Center for Cancer Research Intramural Research Program. Szymanski has disclosed no relevant financial relationships.