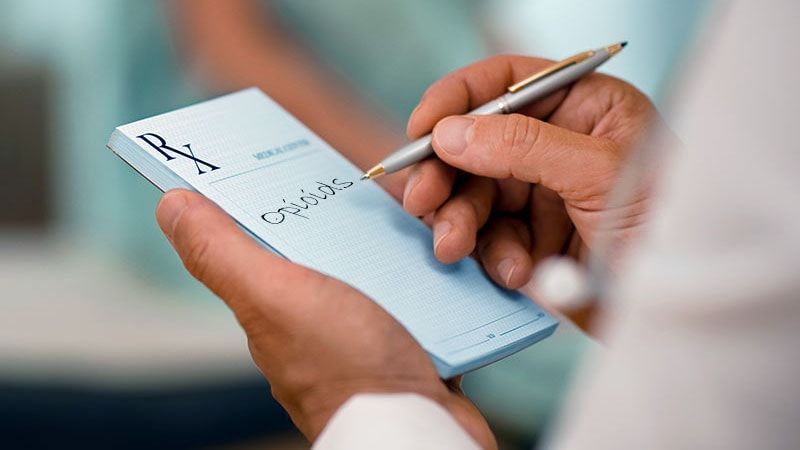 Since the publication of the Centers for Disease Control and Prevention’s (CDC’s) opioid guideline in March 2016, there has been a substantial drop in the prescription rate for these medications ― except for patients at highest risk for opioid abuse and overdose, new research shows.

Results of a large cross-sectional study show that opioid prescriptions for patients with depression, anxiety, or a substance abuse disorder have increased since the guideline for noncancer pain was published.

“Prescriptions for high-risk opioids are not going down in the populations we’re most concerned about in terms of becoming chronic opioid users and developing misuse, and overdoses.”

The study was published online December 2 in JAMA Network Open

As reported by Medscape Medical News, the CDC guideline provided recommendations for opioid treatment of primary care patients with noncancer pain. Its publication was followed by a drop in opioid prescribing rates, high-dose prescribing, and benzodiazepine coprescribing.

However, it’s unclear whether the types of opioids prescribed have changed since the guideline’s publication or whether patients with psychiatric disorders who are at risk for opioid misuse are less likely to receive opioids with high potential for abuse.

The investigators used Optum’s deidentified integrated claims-clinical dataset. The analysis included 279,435 patients (141,219 before and 138,216 after guideline publication). The mean age of the patients was 53 years, 61% were women, and 80% were White.

Scherrer noted that an important element of the study is that it measured new opioid prescriptions, not the continuation of existing ones.

The researchers limited the analysis to the opioids that were most frequently dispensed in the United States. Tramadol, the comparator drug, has been associated with fewer adverse events and lower abuse potential compared to Schedule II drugs.

The investigators categorized diagnostic codes for more than 900 pain conditions for which opioids are indicated. These included arthritis, musculoskeletal pain, back pain, neuropathic pain, and headache pain.

Hydrocodone is by far the most commonly prescribed opioid in the United States. The small (5%) decrease in hydrocodone prescriptions “may partly explain the previously reported overall decline in opioid prescribing between 2015 and 2017,” the authors note.

However, what’s “concerning” is that the ORs for people at risk “are actually going in the opposite direction,” said Scherrer.

“We expected the opposite to what we found here,” said Scherrer. “This suggests there’s still some education to do regarding safer opioid prescribing for patients at risk.”

Scherrer added that the study included prescribers from all disciplines, from surgery and pain management to primary care, and that their practices may vary in terms of pain prescriptions.

For example, he said, it’s possible that surgeons don’t use tramadol as often as primary care practitioners because it may be less effective for surgery patients.

High-risk patients may “doctor shop” until they find a physician who will give them an opioid stronger than tramadol, said Scherrer.

Several states have mandated limits on new opioid prescriptions. In some places, for example, a patient can only get a 3-day supply, said Scherrer.

However, he also noted that he is concerned about “pushing the pendulum too far the other way,” resulting in inadequate pain control.

“There’s a place for potent opioids; the question becomes, why are people who are at most risk for misuse more likely to get these opioids?” he said.

Scherrer suggested a possible “amendment or supplement” to the CDC guideline to address opioid recommendations for high-risk patients.

In addition, there needs to be additional education for prescribers about the importance of screening for risk factors such as depression, substance use disorder, and benzodiazepine comedication, he said.

Commenting on the study for Medscape Medical News, Andrew Saxon, MD, professor, Department of Psychiatry and Behavioral Science, University of Washington, Seattle, who is a member of the American Psychiatric Association’s Council on Addiction Psychiatry, said he took issue with some aspects of it.

He noted that it is unclear whether prescriptions were for acute or chronic pain, which is “a problem.” He also disagreed with the assertion that tramadol is a safer option that results in better outcomes.

Although it might be “slightly true” that tramadol is less addictive or has less misuse potential than other opioids, “it still can cause opioid use disorder if people overuse it and certainly can cause physiological dependence.”

Tramadol, he added, “can actually have a really complex withdrawal syndrome” compared to other opioids.

Saxon said he was not surprised that patients with anxiety and depression continue to receive opioid prescriptions. As recently as a decade ago, the message was that “a compassionate, caring physician” would prescribe an opioid for a patient with chronic pain, he said.

“Based on that false belief that we all fell prey to, we have a whole group of people we call legacy patients who were started on an opioid for chronic pain and now it’s hard to get them off,” he said.

Saxon also pointed out that patients with chronic pain have high levels of anxiety and depression. “Some people in the field think chronic pain is almost another manifestation of a psychiatric syndrome,” he said.