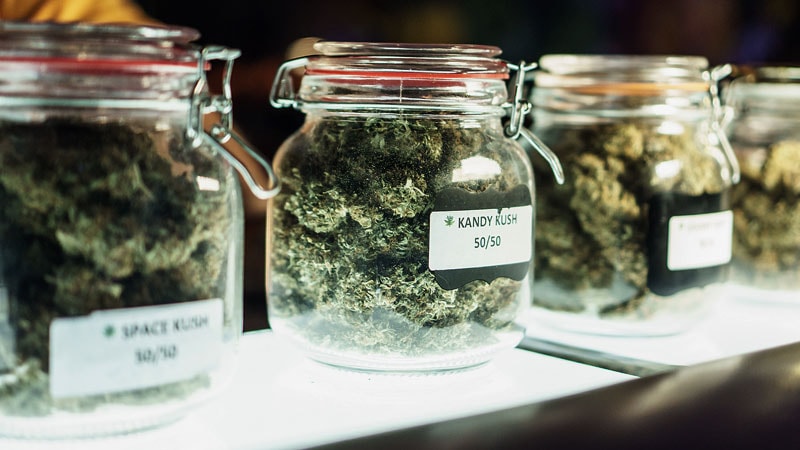 Areas with active cannabis dispensaries have seen a decrease in opioid-related mortalities, recent research has shown.

“Our findings suggest that higher storefront cannabis dispensary counts are associated with reduced opioid related mortality rates at the county level,” wrote Greta Hsu, PhD, professor of management of the University of California, Davis, and Balázs Kovács, PhD, associate professor of organizational behavior Yale University, New Haven, Conn. “This association holds for both medical and recreational dispensaries, and appears particularly strong for deaths associated with synthetic (nonmethadone) opioids, which include the highly potent synthetic opioid fentanyl and its analogs.”

Hsu and Kovács performed their analysis by examining dispensaries that were operating storefronts by the end of 2017 at the county level using panel-regression methods, combining data obtained from the consumer-facing website Weedmaps.com, Centers for Disease Control and Prevention U.S. mortality data, and data from the U.S. Census Bureau.

Evidence of a negative association between legalization of medical or recreational cannabis and opioid-related mortality has been mixed in the literature, with some studies also showing a “spurious or nonsignificant” association, according to Hsu and Kovács.

While previous studies have looked at the legalization of cannabis for medical or recreational use, legalization on its own is an “incomplete picture,” they said, which might offer one explanation for these mixed findings. Some states that legalize medical cannabis, for example, might not allow dispensaries to legally sell cannabis, and there may be a delay of 1-2 years between the time a state legalizes cannabis for recreational use and when dispensaries are open and available to the public.

“These results were obtained after controlling for county level population characteristics, yearly effects, whether recreational dispensaries were legal or not in the focal county’s state, and opioid-related state policies,” the authors wrote.

Results “May Be Even Stronger” Than Reported

Christopher G. Fichtner, MD, clinical professor of psychiatry and neuroscience at the University of California, Riverside, said in an interview that the evidence for using cannabis as an opioid substitution for pain management has not been balanced, but noted “the bulk of it suggests that there is some harm reduction benefit by having liberalized access to cannabis.”

One strength of the study by Hsu and Kovács was how they were able to examine implementation of legalization of medical or recreational cannabis, rather than simply a change in the law, he said.

“By looking at dispensary count, it’s actually looking at a better measure of on-the-ground implementation than just change in policy,” Fichtner explained. “You’re looking at what was actually accomplished in terms of making cannabis legally available.”

The choice to evaluate storefront dispensaries only and not include delivery services in their data, “probably makes it a relatively conservative estimate. I think that would be a strength, that their findings may be even stronger than what it is they’re reporting,” Fichtner said.

“I do think, if anything, the paper is relatively tentative about advancing its conclusions, which I think is a weakness in a lot of these studies,” he added. In 2017, the National Academy of Sciences released a report that found evidence cannabis or cannabinoids can significantly reduce pain symptoms. In that report, “one of their strongest conclusions is that there’s conclusive or substantial evidence that cannabis or cannabinoids are effective management of chronic pain,” Fichtner said.

He said that digging deeper into what kinds of pain cannabis can treat is one area for future research. “Certainly, it seems that it’s unlikely that cannabis is going to be good for every kind of pain,” he said. “What kinds of pain is it better for than others? Is it some benefit for many kinds of pain, or only a few types of pain?”