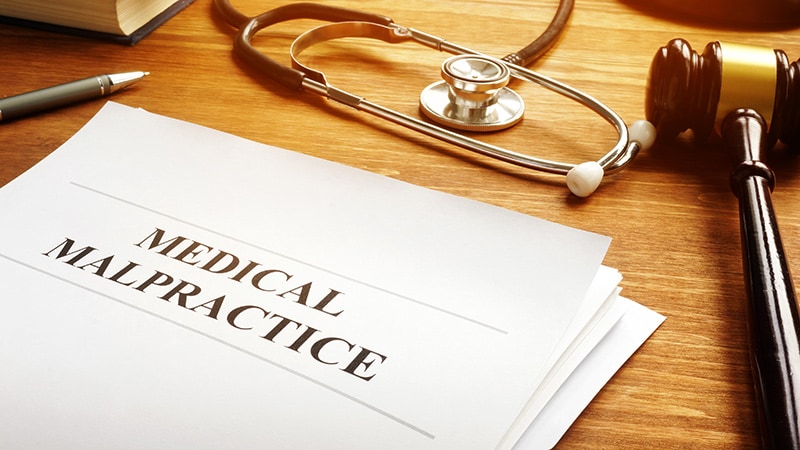 More than eighty percent (81%) of orthopedists and orthopedic surgeons report being named in at least one malpractice suit, according to the Medscape Orthopedist Malpractice Report 2021.

Orthopedists ranked third among specialists most likely to be sued, surpassed only by plastic surgeons and general surgeons (both 83%). In comparison, just over half of physicians across all specialties (51%) reported being named in lawsuit. More than one third of orthopedists (34%) said they had been individually named in a suit, whereas just 14% of all specialists were named individually.

More than half (54%) of orthopedists said they were sued over complications from treatment or surgery. The second most common reason orthopedists were sued was poor outcome/disease progression (30%), followed by failure to diagnose/delayed diagnosis (21%), failure to treat/delayed treatment (13%), and abnormal injury (9%).

This new report was compiled from an online survey including more than 4300 physicians from 29 specialties. The survey was available from May 21 to August 28, 2021 and included 250 orthopedists and orthopedic surgeons. Most respondents (62%) had practiced orthopedics for more than 25 years and 60% were aged 60 years or older.

Nearly 9 out of 10 (89%) of orthopedists said they were “very surprised” or “somewhat surprised” by the malpractice suit. In some of these cases, the physician never personally treated the patient. Wrote one respondent, “I was part of a group of physicians and got dragged into the suit.” The vast majority of orthopedists (82%) said the suit was not warranted, which was similar to responses for physicians as a whole (83%).

Most commonly, orthopedists said lawsuits were settled before trial (34%). The second most common outcome was the judge and jury deciding in the respondent’s favor (16%), followed by the plaintiff voluntarily dismissing the suit prior to trial (8%), and the respondent being dismissed from the suit in the first few months (8%). Very few (2%) said the judge or jury ruled in the patient’s favor, and 9% of respondents said the case was ongoing.

Most orthopedists reported that cases lasted between 1 and 2 years (41%) and 29% said a lawsuit took 3 to 5 years. If the plaintiff did receive a monetary award, 42% of physicians reported paying under $100,000, and 30% paid less than $500,000. This is similar to reports from other specialties, though more patients in orthopedic cases received payments under $1 million compared to other specialties (21% vs 15%).

More than three quarters of orthopedists (76%) said that the lawsuit did not negatively affect their career, and more than half (52%) said they did not undergo any attitude or career changes after the suit. More orthopedists than other specialists (31% vs 24%) did say that they trusted patients less.

Meet the tiny Patagonian monito that is a ‘living fossil’ from the ancient past
Could I be sapiosexual?
Research examines the relationship between body fat and physical activity in girls and boys
Looking For the Cutest, Comfiest Bike Shorts? We’ve Got You Covered
Cannabis Allergies; Polio in Wastewater; Violent Patients