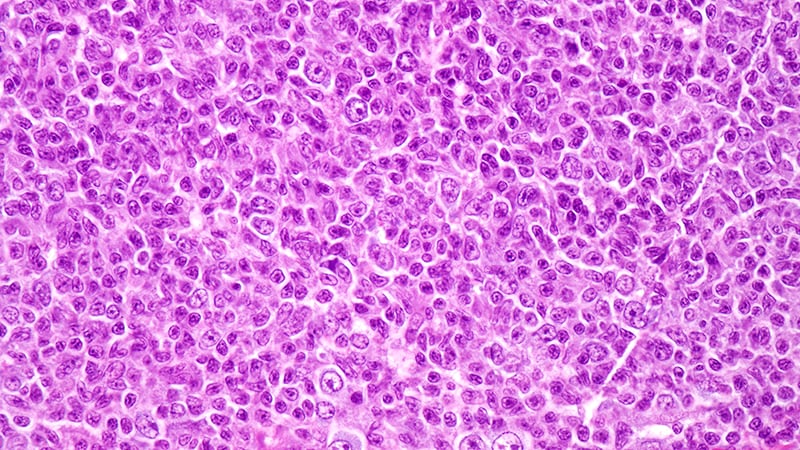 At a median follow-up of 18.3 months, 54 of 90 patients (60%) had a complete response, and 18 (20%) had a partial response after treatment with mosunetuzumab, reported L. Elizabeth Budde, MD, PhD, from City of Hope Comprehensive Cancer Center in Duarte, California.

“We have seen deep and durable responses in heavily pretreated, high-risk relapsed/refractory follicular lymphoma patients with fixed-duration treatment. We also observed a very favorable tolerability profile, with most cytokine release syndrome confined to cycle 1 and low grade, and treatment administration is without mandatory hospitalization,” she commented.

Budde was speaking at a press briefing prior to her presentation of the data at the American Society of Hematology (ASH) annual meeting, held in a hybrid live/virtual format.

The manufacturer, Genentech, said in a statement that based on these “highly positive results,” it plans to submit the new data to the US Food and Drug Administration (FDA) in the near future for approval consideration.

If approved, mosunetuzumab has the potential to be a first-in-class CD20xCD3 T-cell engaging bispecific antibody in non-Hodgkin lymphoma, the company added.

A lymphoma specialist who was not involved in the study told Medscape Medical News that he was favorably impressed by the findings.

“To me, the single-agent data looks really outstanding, with a response rate of 80%, a complete response rate of 60%, and a median duration of response of 23 months, and really very acceptable rates of cytokine release syndrome,” commented Brad S. Kahl, MD, from the Siteman Cancer Center and Washington University School of Medicine in St. Louis, Missouri.

“I think as a single agent — if it does get approval — it will be a really valuable addition to the armamentarium in follicular lymphoma,” he said.

Kahl pointed to a separate phase 1b study, also presented at ASH 2021, suggesting that the combination of mosunetuzumab and lenalidomide (Revlimid) was safe and showed promising antitumor activity in patients with follicular lymphoma that has relapsed after at least 1 line of therapy.

“I’m very interested to see how mosunetuzumab plus lenalidomide pans out in the long run,” he said.

Mosunetuzumab engages T cells and redirects them to eliminate malignant B cells. It has the potential to be used as an off-the-shelf product, Budde said.

In the single-arm phase 2 expansion trial, Budde and colleagues enrolled 90 patients with grades 1 to 3a follicular lymphoma whose disease relapsed or was refractory to at least two prior lines of therapy, including at least one anti-CD20 monoclonal antibody, and at least one alkylating agent.

The primary endpoint was complete response rate by independent review, which was 60%, and the overall response rate (ORR), a secondary efficacy endpoint, was 80%.

The median duration of response among all responders was 22.8 months, with a median time to first response of 1.4 months. The 12- and 18-months event-free rates were 62% and 57%, respectively.

There were two deaths during the study, but neither was judged to be related to mosunetuzumab, and there were only two events leading to drug discontinuation.

Cytokine release syndrome (CRS) of any grade occurred in 40 patients (44.4%), but only 1 patient each had a grade 3 or 4 CR. The median time to CRS onset was 5.2 hours in cycle 1, and 26.6 hours in subsequent cycles. The median duration of CRS was 3 days. Ten patients had CRS managed with corticosteroids, and 7 had it managed with tocilizumab.

Immune effector cell-associated neurotoxicity syndrome (ICANS) events were infrequent, and all were grade 1 or 2 in severity.

The study was supported by Genentech. Budde disclosed consulting for the company and others. Kahl has previously disclosed financial considerations with AbbVie.

Neil Osterweil, an award-winning medical journalist, is a long-standing and frequent contributor to Medscape.