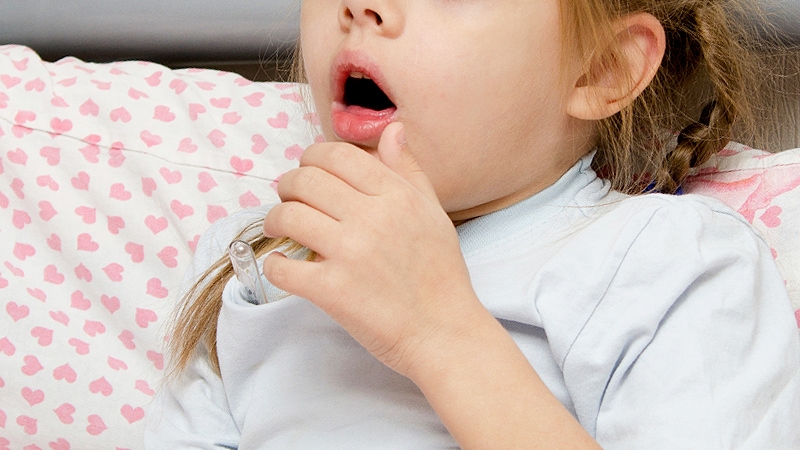 Preschoolers who experienced community-acquired pneumonia in infancy were significantly more likely than those with no history of pneumonia to develop chronic respiratory disorders, based on data from approximately 7000 individuals.

“Lower respiratory tract infections (LRTI) during the first years of life cause injury to the rapidly developing lung at its most critical stage,” wrote Rotem Lapidot, MD, of Boston University, Massachusetts, and colleagues. Previous research has linked pneumonia with subsequent chronic cough, bronchitis, and recurrent pneumonia in children, but data are needed to assess the impact of early community-acquired pneumonia (CAP) on respiratory health in otherwise healthy infants, the researchers said.

In a retrospective matched cohort study published in Respiratory Medicine , the researchers identified 1343 infants who had CAP in the first 2 years of life, and 6715 controls using a large electronic health records dataset (Optum EHR dataset) for the period from January 2011 through June 2018.

The primary outcomes were the development of any chronic respiratory disorders, reactive airway disease, and CAP hospitalizations between ages 2 and 5 years. Infants in the CAP group were otherwise healthy; those with congenital or other conditions that might predispose them to pneumonia were excluded. Baseline characteristics were similar between the CAP patients and controls.

Nearly all (97%) of the CAP patients had only one qualifying hospitalization for CAP before 2 years of age, and the mean age at the first hospitalization was 8.9 months. “Rates and relative rates of any chronic respiratory disorder, and our composite for reactive airway disease, increased with age at which the initial CAP hospitalization occurred,” and were highest for children hospitalized at close to 2 years of age, the researchers noted.

“Our findings add to the evolving hypothesis that persistent inflammation following pneumonia creates an increased risk for subsequent respiratory disease and exacerbations of underlying disease,” the researchers wrote in their discussion of the findings.

The study findings were limited by several factors, including the potential for misclassification of some infants with and without underlying conditions, reliance on discharge information for etiology, and possible lack of generalizability to other populations, the researchers noted.

However, the results indicate an increased risk for respiratory illness in early childhood among infants with CAP, and support the need for greater attention to CAP prevention and for strategies to reduce inflammation after pneumonia, they said. “Further study is needed to confirm the long-term consequences of infant CAP and the underlying mechanisms that lead to such long-term sequelae,” they concluded.