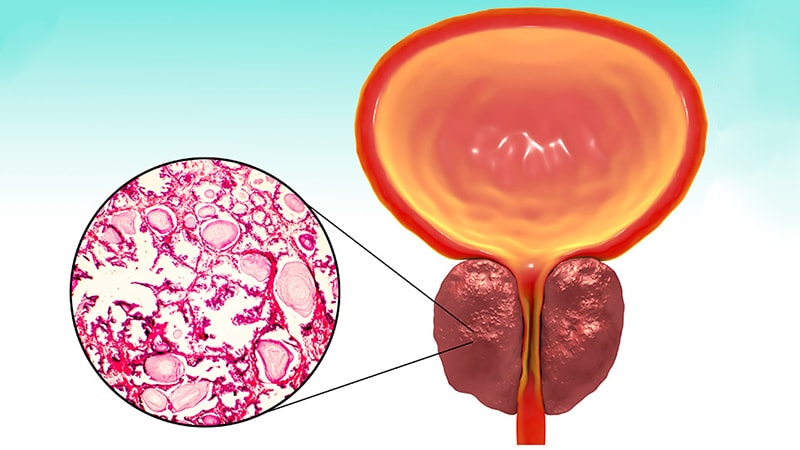 Radical prostatectomy after confirmation of cancer via two advanced imaging techniques without biopsy is feasible, according to a retrospective study of 25 patients who refused biopsies.

“Results of our case series may trigger the discussion about [radical prostatectomy] without prior biopsy as a possible option in well-selected patients,” Valentin H. Meissner, MD, and colleagues at the Technical University of Munich, Germany, write.

However, the use multiparametric magnetic resonance imaging (mpMRI) alone may not be sufficient to diagnose patients. Studies show that mpMRI misses about 10% of significant prostate cancers and has a low positive predictive value.

“The improved accuracy of prostate-specific membrane antigen (PSMA) positron emission tomography (PET) raises the question whether this imaging modality can complement mpMRI to safely avoid biopsy prior to radical prostatectomy,” Meissner and colleagues write in their analysis, published December 6 in European Urology.

Recent studies have already suggested that the two imaging techniques in combination are more accurate than mpMRI alone, suggesting that “men with suspicious PSMA-PET and mpMRI findings could potentially avoid biopsy and undergo definitive treatment,” the authors write.

In the current case series, Meissner and colleagues tracked 25 patients who chose to have radical prostatectomies based on the results of mpMRI and PSMA-PET imaging without biopsy, despite the surgeon’s recommendation to undergo biopsy.

The men had a median PSA level at diagnosis of 7.3 ng/mL and a median age of 71. All had at least one suspicious lesion in mpMRI and one in PSMA-PET as well as a Prostate Imaging Reporting & Data System (PI-RADS) score of at least 4 and a PET score of at least 4 (with a median standardized uptake value [SUVmax] of 9.5).

Both mpMRI and PSMA-PET had 100% sensitivity and 100% positive predictive value. PSMA-PET and mpMRI successfully identified all four cases of seminal vesicle invasion, 4 of 6 cases of extracapsular extension, and 13 cases of locally confined disease. In four patients, the researchers found lymph node invasion in the final pathology, and PSMA-PET correctly identified one of these preoperatively.

The authors acknowledge “a risk of false-positive results leading to unnecessary surgery.” But they argue that the risk could be minimized by experienced nuclear medicine physicians using a validated SUVmax cutoff.

“Results of the current retrospective case series were promising and showed that, in patients with a high suspicion of [prostate cancer] in mpMRI and PSMA-PET, avoidance of prostate biopsy prior to [radical prostatectomy] might represent a valid option in well-counseled, selected patients,” the authors write.

However, they caution, “our case series is limited by retrospective design and small sample size. We want to emphasize clearly that this practice should not be regarded as a standard procedure at the moment.”

As such, the authors have called for a clinical trial with a larger patient population to validate the findings.

Although Scott Eggener, MD, a urologic oncologist at the University of Chicago, Illinois, found the study thought provoking and believes radical prostatectomy without biopsy is worth considering, this option remains an academic question only at this point.

In Eggener’s experience, the only men who have had radical prostatectomies without biopsies were seeking prophylaxis because so many men in their families had died of prostate cancer.

But if enough men skip biopsies, some will inevitably have surgery they didn’t need, he told Medscape Medical News.

“It may absolutely fall into the dustbin of prostate cancer history. But if more studies are done in a thoughtful manner, possibly the combination of the PSA, MRI, and PET scan will one day obviate biopsies for some men,” said Eggener, who was not involved in the research.

Laird Harrison writes about science, health, and culture. His work has appeared in magazines, newspapers, on public radio, and on websites. He is at work on a novel about alternate realities in physics. Harrison teaches writing at the Writers Grotto. Visit him at lairdharrison.com or follow him on Twitter: @LairdH.

Explaining the Research: What Will It Take To Cure Diabetes?
Could I be sapiosexual?
CDC estimates 1.7 million gay and bisexual men face highest risk from monkeypox
Research examines the relationship between body fat and physical activity in girls and boys
Babies’ cries contain important information encoded in their acoustic structure