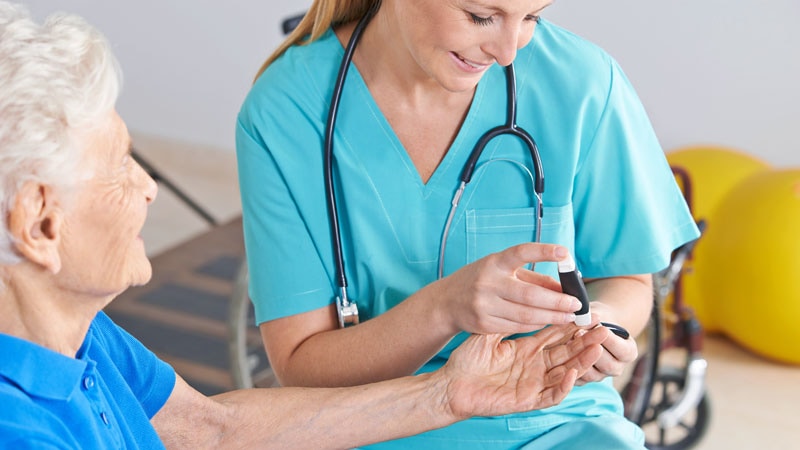 The beneficial effects of sacubitril/valsartan on reverse cardiac remodeling in patients with heart failure and reduced ejection fraction have been well established, but those benefits haven’t been as clearly demonstrated to carry over to HFrEF patients who also have type 2 diabetes mellitus (T2DM).

Now, a post-hoc analysis of a pivotal clinical trial reports that those benefits do extend to patients with HFrEF and T2DM.

“It’s really not about a Sophie’s choice of whether you give this or that drug in these patients,” said corresponding author Javed Butler, MD, MPH, MBA. “We really ought to be giving all of these drugs — the angiotensin receptor neprilysin inhibitors (ARNIs) and sodium-glucose transporter 2 (SGLT-2) inhibitors — to our patients for the best outcomes.”

The post-hoc analysis, published in JACC: Heart Failure, evaluated 361 patients with T2DM who were enrolled in the PROVE-HF trial of sac/val therapy for HF, published in JAMA.

PROVE-HF evaluated biomarkers, myocardial remodeling, and outcomes through a year of treatment with sac/val. The primary endpoint was the level of changes in natriuretic peptide (NT-proBNP) concentrations, left-ventricle ejection fraction (LVEF) and overall Kansas City Cardiomyopathy Questionnaire (KCCQ)-23 scores through 12 months of treatment.

The post hoc study reported that baseline NT-proBNP concentrations were higher in the DM patients (854 pg/mL vs. 706 pg/mL), but at 12 months those levels were 513 and 441 pg/mL, respectively.

“The real reason I wanted to do this study is that I’m a huge fan of all the SGLT-2 inhibitors, and I’m very involved in those trials, and there is right now so much momentum behind SGLT-2 inhibitors that I don’t want people to forget that ARNI is still the base therapy for HF,” said Butler, chair of cardiovascular research and the department of medicine at the University of Mississippi in Jackson.

He noted that the size of the diabetes cohort in PROVE-HF “is a nonissue” for evaluating power of the post hoc analysis because it tracked key measures in the study population continuously at eight intervals over the 12 months.

The analysis further demonstrates the synergistic effects of ARNI and SGLT-2 inhibitors in patients with T2DM and HF that were also reported in the PARADIGM-HF study, Butler said.

“We have sort of moved on, saying that SGLT-2 inhibitors have a benefit on the heart, but the reverse is also true: ARNIs are still heart failure drugs, and we don’t think of them as diabetes drugs, but the PARADIGM-HF data showed that there was a substantial reduction in hemoglobin A1c in those who had diabetes,” he said.

The researchers noted that an absence of a control group may contribute to an overestimation of reverse cardiac remodeling in the T2DM patients, and that the PROVE-HF study wasn’t prospectively powered to delineate differences in how sac/val therapy affected patients with or without diabetes. “Future investigations seeking to evaluate differences by T2DM status after sacubitril/valsartan initiation may use our findings to plan prospective sample sizes,” the researchers wrote.

This article originally appeared on MDEdge.com.