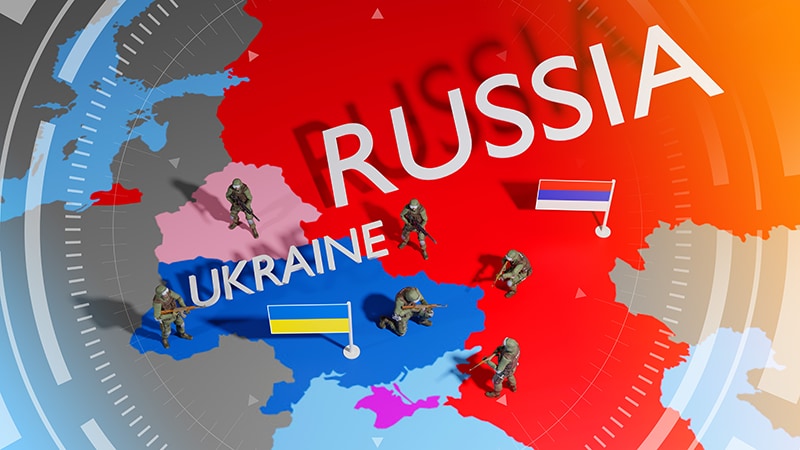 Many Western nations are severing ties with Russia in response to the war in Ukraine and it is hitting the scientific community hard. Economic sanctions against Russia have forced drug manufacturers to stop recruiting patients to clinical trials and launching new studies. Therapeutic areas with an ongoing or planned clinical trial with at least one site in Russia include heart research and cancer studies and ongoing work in infectious diseases.

More than 8000 Russian scientists and science journalists have signed an open letter opposing the war in Ukraine. “The outrage with what Russia has done is enormous,” says Alexander Kabanov, a Russian American chemist at the University of North Carolina at Chapel Hill, who helped draft the letter opposing the war and declaring there is “no rational justification” for the invasion.

Among the first to sign the letter in Russia was Yuri Kovalev, an astrophysicist at the Lebedev Physical Institute in Moscow. After adding his signature, police visited his home and spoke with his wife, who also signed the letter, to warn the couple to not cause trouble, Kovalev says.

Antiwar protesters in Russia are being arrested and can be imprisoned for up to 15 years under a recently enacted Russian law.

Retaliation has prompted another 7000 alumni, students, and faculty of the Moscow State University to hide their names after signing a declaration of their own criticizing the war.

One Russian biologist at Moscow State University, who asked to remain anonymous, says he signed the open letter even though he did not anticipate it would have any influence on the Russian government. “It was important for me to say that this war is not in my name. I remember this thought very well and it was dominant that awful day,” he says.

The biologist adds he is reminded of Soviet times. “Russian science has been set back decades, and no one can guarantee that we are already at the bottom.”

He has managed to remain in contact with colleagues, he points out. “My collaborators continue to work with me.” And “they recall Soviet times when science was one of the last bridges linking countries,” he says.

Reagents and lab equipment have already become close to impossible to get, either because the companies have left the Russian market or because deliveries have been disrupted by the end of air traffic with Europe and North America. What little that is available has risen in price now that supplies are scarce.

Cutting Russian banks off from the SWIFT global payments system has also made it problematic to pay for journal subscriptions and article processing charges.

Germany’s Max Planck Institute for Extraterrestrial Physics has turned off its eRosita space telescope, which is housed in the Russian Spektr-RG space observatory, and one scientific journal, the Journal of Molecular Structure, is no longer considering manuscripts from scientists based in Russia.

Russian scientists and science journalists report in their open letter that they will no longer be able to do their work. “Conducting scientific research is unthinkable without cooperation and trust with colleagues from other countries. The isolation of Russia from the world means cultural and technological degradation of our country with a complete lack of positive prospects. The war with Ukraine is a step to nowhere.”

Some institutions are even instructing their researchers to not email Russian colleagues at all, says Kovalev, who so far has been able to maintain contact with colleagues abroad.

But he pleads with those who are considering cutting off contact with Russian colleagues to reconsider and instead continue to support those who are taking serious personal risks to oppose the war. “Please don’t cut these connections,” he implores.

Battle over smoking in New Jersey casinos pits workers’ health against profits
Why Is The FDA Seeking To Ban Menthol Cigarettes?
RaDonda Vaught Sentenced to Probation for Patient Death
PFO Closure Guidelines Address Older Adults, Trial-Excluded Groups
To bathe or not to bathe (often). That is the question