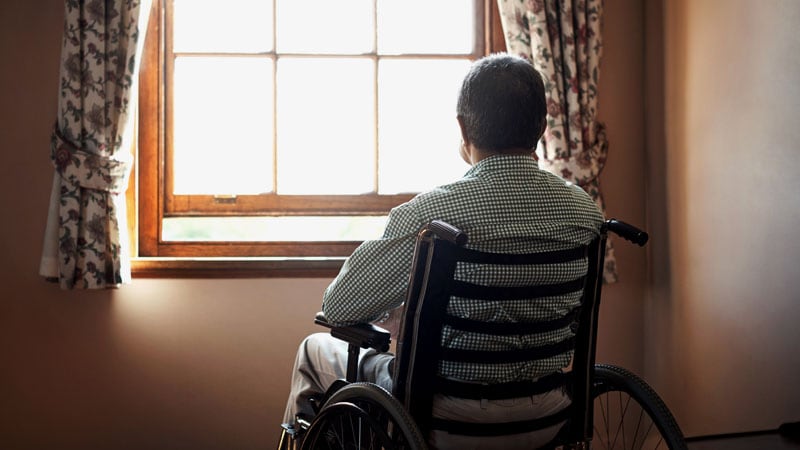 After adjusting for baseline differences, stroke survivors have a 73% higher risk for suicide compared with those who have not had a stroke, results of a new review show.

The review, which included data from over 2 million stroke survivors, showed that the risk was higher for suicide attempt than for death by suicide, and that the suicide risk subsided over time.

“Over 50 million people worldwide have a stroke each year, and of these, 10 million survive. In these survivors, we should be routinely screening for depression and suicide ideation so we can prevent suicide attempts and deaths,” he said.

The study was published online March 11 in the journal Stroke and presented at the American Stroke Association’s International Stroke Conference (ISC).

Research shows that rates of depression in stroke survivors range from 28% to 35%, and stroke is considered an independent risk factor for depression. Stroke-related cognitive impairment and physical disability independently increase the risk for suicidal ideation.

For this analysis, the researchers aimed to look at risks for actual attempts and completed suicides among stroke survivors.

After searching multiple international medical databases, they identified 23 relevant studies, including case-control studies and cohort or cross-sectional studies. The studies included 2.15 million stroke survivors, among whom 5563 either made a suicide attempt or died by suicide.

Just over half of the study population (51.9%) was female, and the average age was 63.5 years. Comparison groups were either those without a history of stroke or the general population. Most studies were considered of fair quality.

The researchers found the risk for suicide diminished over time. In cohort studies, a longer follow-up time was associated with a lower risk for suicide (RR, 0.97; 95% CI, 0.95 – 0.99 for every 1-year increase).

There are several reasons survivors have a higher risk for suicide, said Vyas. “Most stroke survivors have physical, cognitive and mental health consequences and all this put together can not only cause mood disorders such as depression, but also lead to suicidal ideation.” Furthermore, areas of the brain affected by the stroke could cause depression.

Vyas noted previous research that showed elevated risk for suicide in various chronic conditions, including heart failure and chronic obstructive pulmonary disease. Having these conditions can lead to loss of ability to work and increase social isolation, and generally “cause despair,” he said.

“It’s not just purely depression; one of the paths is depression, but it’s also loss of self-worth, which is a big factor.”

The mean age of study participants was only reported in some of the studies included so the researchers were unable to do an analysis of age as a risk factor.

“Future studies should look at not just at age at the time of stroke but also sex differences, severity of stroke, location of stroke, or prior history of mood disorder,” said Vyas. “These could all be important risk factors that may predict whether a stroke survivor will be at higher risk of suicide.”

Although the studies in the current analysis did not look at the impact of having community supports, past research of patients with other chronic conditions shows such resources make a difference to outcomes, said Vyas.

“Having support of family members and healthcare providers who can check in and screen for early development of depression or suicide ideation can prevent attempts or death by suicide.”

The new results underscore the need for routine screening in stroke survivors, said Vyas. As a stroke can affect language, these patients may have difficulty communicating, which makes this screening “that much more challenging,” he said.

“We need to develop appropriate tools that can screen for depression and low mood in stroke patients whose language is predominantly affected.”

If the impairment is in speech, health care providers can use icons like smile faces or sad faces that patients can point to indicate their mood, said Vyas.

And in patients whose stroke has affected comprehension, research might look into heart rate changes or activation of certain brain networks that might reflect poor mood.

Commenting on the study, Anjail Z. Sharrief, MD, MPH, associate professor and director of stroke prevention at the University of Texas Health Science Center at Houston, stressed the importance of screening for depression and suicidal thoughts in patients surviving a stroke.

“Sometimes we use a screen that doesn’t include the questions about suicidal thoughts and suicidality and I think that might make us miss an opportunity to address that,” said Sharrief.

Not only should clinicians assess for depression and suicidal thoughts, but they should also “have a plan for how to deal with that in the outpatient setting,” she said.

The study had no funding source. The authors have disclosed no relevant financial relationships.

COVID-Related Syndrome Tied to Neurologic Symptoms in Kids
COVID-19 pandemic has worsened global maternal and perinatal outcomes
A Year in, the PPE Shortage Story Still Has No Ending
Ask KHN-Politifact: I’ve recovered from Covid. Why do i still have to mask up?
NIH COVID-19 Treatment Guidelines Strongly Recommend Use of REGEN-COV™ (casirivimab with imdevimab) in Outpatients at High Risk of Clinical Progression