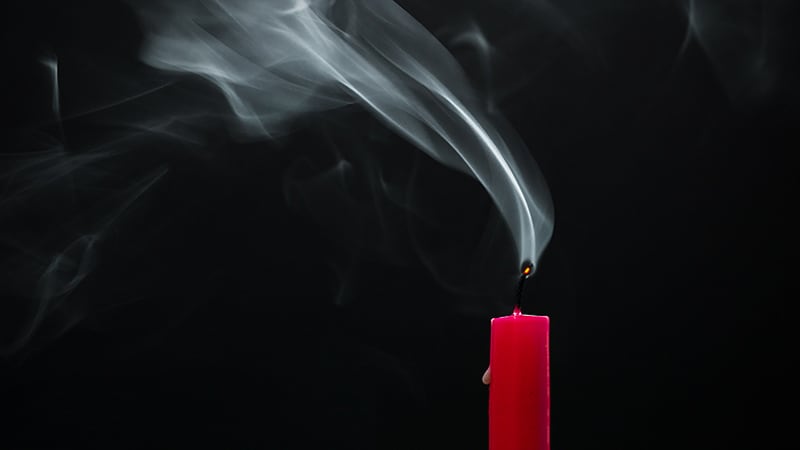 End-of-life discussions happen too late in the treatment of high-risk acute myelogenous leukemia, according to a review of 200 patients at Massachusetts General Hospital and the Dana Farber Cancer Institute, Boston.

The prognosis isn’t good for high-risk AML, defined in the study as either relapsing/recurrent disease or a diagnosis made past the age of 59 years. Almost 60% of the patients (114) died during the 7 years of the study, which started in 2014.

Therefore, it’s important to bring up end-of-life decisions when patients are still able to discuss them, so families aren’t left struggling to guess how aggressive their loved ones might have wanted their final care to be, said lead investigator Hannah Abrams, MD, an internal medicine resident at Massachusetts General. She presented these findings at the annual meeting of the American Society of Hematology.

Much of the time, however, end-of-life discussions come too late. The study team found that nearly 40% (45/114) of the patients who died during the study were not involved in their final code decisions, which most often were to administer comfort care only. Many patients were too ill to participate; the median time between the last code change and death was just 2 days.

Abrams said she’s seen how families agonize when patients haven’t addressed the issue beforehand. “Witnessing that made me think this is really important to look at. Having these conversations upfront is really important,” she said in an interview.

When asked for comment, hematologist-oncologist Toby Campbell, MD, chief of palliative care at the University of Wisconsin, Madison, agreed.

He called this issue a “missed opportunity for patient autonomy and self-determination. Patients with high-risk AML commonly experience rapid changes in their clinical condition, which catch everyone by surprise. Healthcare providers should do more to prepare patients and families, rather than allow them to be surprised,” Campbell said.

Part of the problem, Abrams said, is that end-of-life discussions can fall through the cracks amid urgent discussions about chemotherapy options and other matters.

“One of the biggest things to make this more feasible is to schedule and reimburse time in clinic for this to happen,” she said, noting a need to carve out and protect “15 minutes for patients and clinicians to talk about this.”

Another aspect is that patients are often overly optimistic about their prognoses, so end-of-life discussions don’t seem as pressing. Educational materials about the meaning of various code options and when they are appropriate could help, Abrams said.

As for the psychological impact of bringing up end-of-life decisions early on, Mikkael Sekeres, MD, chief of the division of hematology at the University of Miami, stressed the importance of telling patients, “We are having this conversation because you are doing well, not because you are doing poorly, and this is the time to have it.”

“Sometimes it does take a sentinel event like an ICU stay before some people want to engage in that conversation, and unfortunately, that is often too late,” said Sekeres, who moderated Abrams’ presentation at the meeting.

Among other findings, Abrams and her team reported that at diagnosis, 86.0% of patients were full-code, and 8.5% had restrictions on life-sustaining therapies. Overall, 57% (114/200) of patients experienced a code status transition, with a median of two transitions during their illness.

Among patients who died, older age and receipt of non-intensive chemotherapy were associated with earlier discussions about code status.

The next step in the project is to determine if palliative care consults yield earlier discussions and greater patient involvement.

There was no commercial funding for the study, and Abrams and Campbell didn ‘ t have any relevant disclosures. Sekeres is an advisor to Novartis, Takeda, and BMS.