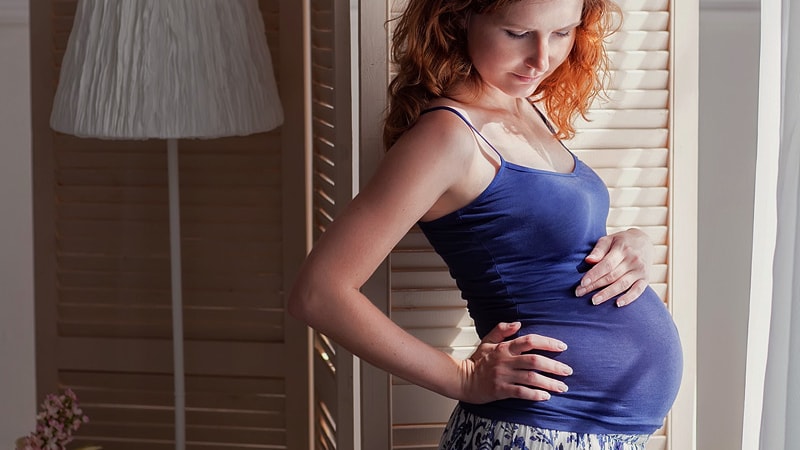 Asymptomatic pregnant women with no previous diagnosis of type 1 or 2 diabetes should be screened for gestational diabetes at 24 weeks’ gestation or later, according to an updated recommendation from the US Preventive Services Task Force.

Pregnant individuals who develop gestational diabetes are at increased risk for complications including preeclampsia, fetal macrosomia, and neonatal hypoglycemia, as well as negative long-term outcomes for themselves and their children, wrote lead author Karina W. Davidson, PhD, of Feinstein Institute for Medical Research, Manhasset, NY, and colleagues. The statement was published online in JAMA.

To update the 2014 recommendation, the USPSTF commissioned a systematic review. In 45 prospective studies on the accuracy of gestational diabetes screening, several tests, included oral glucose challenge test, oral glucose tolerance test, and fasting plasma glucose using either a one- or two-step approach were accurate detectors of gestational diabetes; therefore, the USPSTF does not recommend a specific test.

A total of 13 trials evaluated the harms associated with treatment of gestational diabetes, and found no association between treatment and increased risk of several outcomes including severe maternal hypoglycemia, low birth weight, and small for gestational age, and no effect was noted on the number of cesarean deliveries.

Evidence gaps that require additional research include randomized, controlled trials on the effects of gestational diabetes screening on health outcomes, as well as benefits versus harms of screening for pregnant individuals prior to 24 weeks, and studies on the effects of screening in subpopulations of race/ethnicity, age, and socioeconomic factors, according to the task force. Additional research also is needed in areas of maternal health outcomes, long-term outcomes, and the effect on outcomes of one-step versus two-step screening, the USPSTF said.

However, “screening for and detecting gestational diabetes provides a potential opportunity to control blood glucose levels (through lifestyle changes, pharmacological interventions, or both) and reduce the risk of macrosomia and LGA [large for gestational age] infants,” the task force wrote. “In turn, this can prevent associated complications such as primary cesarean delivery, shoulder dystocia, and [neonatal] ICU admissions.”

The USPSTF recommendation is important at this time because “the prevalence of gestational diabetes is increasing secondary to rising rates of obesity,” Iris Krishna, MD, of Emory University, Atlanta, said in an interview.

“In 2014, based on a systematic review of literature, the USPSTF recommended screening all asymptomatic pregnant women for gestational diabetes mellitus [GDM] starting at 24 weeks’ gestation. The recommended gestational age for screening coincides with increasing insulin resistance during pregnancy with advancing gestational age,” Krishna said.

“An updated systematic review by the USPSTF concluded that existing literature continues to affirm current recommendations of universal screening for GDM at 24 weeks gestation or later. There continues, however, to be no consensus on the optimal approach to screening,” she noted.

“Screening can be performed as a two-step or one-step approach,” said Krishna. “The two-step approach is commonly used in the United States, and all pregnant women are first screened with a 50-gram oral glucose solution followed by a diagnostic test if they have a positive initial screening.

“Women with risk factors for diabetes, such as prior GDM, obesity, strong family history of diabetes, or history of fetal macrosomia, should be screened early in pregnancy for GDM and have the GDM screen repeated at 24 weeks’ gestation or later if normal in early pregnancy,” Krishna said. “Pregnant women should be counseled on the importance of diet and exercise and appropriate weight gain in pregnancy to reduce the risk of GDM. Overall, timely diagnosis of gestational diabetes is crucial to improving maternal and fetal pregnancy outcomes.”

The full recommendation statement is also available on the USPSTF website. The research was supported by the Agency for Healthcare Research and Quality. The researchers had no financial conflicts to disclose. Krishna had no disclosures, but serves on the editorial advisory board of Ob.Gyn News.

Grants to promote COVID-19 vaccination among people with intellectual and developmental disabilities
How to stay curious
A Doctor Explains Why Your Rings May Suddenly Feel Like They Don’t Fit
Tackling Grief, Loss in Patients With Advanced Lung Cancer
FDA panel rejects plan to administer Pfizer’s Covid booster doses to general public