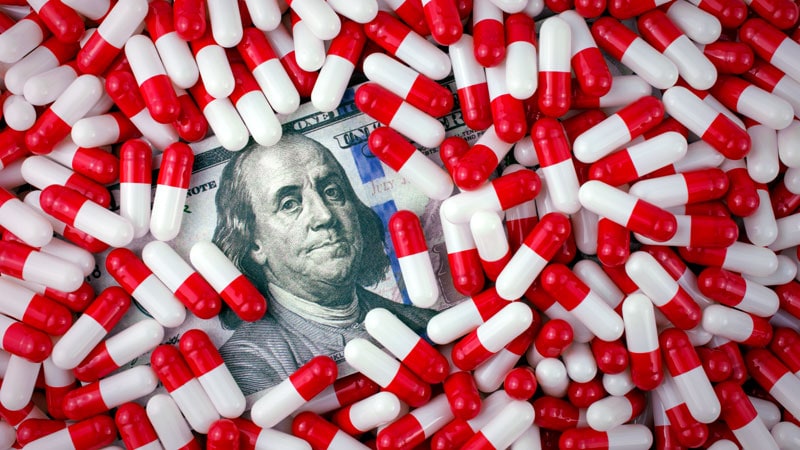 Prescription drug prices in the United States are more than 250% times higher overall than those in 32 other countries, according to a new report from the RAND Corporation.

“The vast majority of prescription drugs [in the US] are for generic, and there, the US does pretty well,” says Andrew Mulcahy, PhD, a senior policy researcher at RAND and the lead author of the report. “But for brand-name drugs, we pay much higher.”

RAND is a nonprofit research organization. The research was sponsored by the US Department of Health & Human Services.

The goal of the research, Mulcahy says, was “to understand in a very broad way how prices stacked up among these countries.”

In a statement, PhRMA, an industry group, says the US system relies on a competitive market to control costs, and that system is working.

The RAND researchers used 2018 data, the latest available, to estimate how much higher drug prices are in the US compared with those in other countries in the Organisation for Economic Co-operation and Development (OECD). The researchers came up with the estimates by looking at industry standard data on drug sales and volume for 2018 and compared the US with 32 other countries that are also members of the OECD. They captured most prescription drugs sold in the US and the other countries.

The team used manufacturers’ prices for drugs, Mulcahy says, rather than net prices, the charges ultimately paid after rebates and other discounts, because net prices are not available across the board.

Bottom line, Mulcahy says, is that, “On average, US prices are higher no matter what method you use; not by a little bit, but quite a bit.”

But on the generic side, he says, ”I think something is going right here.” The US has higher use of generic prescription drugs, compared with other countries, and lower prices.

Among the G7 nations, the lowest prescription prices were found in the United Kingdom, France, and Italy, the researchers found, while Canada, Germany, and Japan typically have higher prices, but still much lower than in the US.

The last studies to compare US drug prices with those in other countries are nearly 10 years old, Mulcahy says, prompting the need for this research.

The researchers estimated that across all the nations evaluated, total drug spending was $795 billion. The US accounted for 58% of sales but just 24% of volume.

While the researchers did not look at individual drugs, they did look at certain groups of drugs, such as biologics. “Many of the most expensive medications are the biologic treatments that we often see advertised on television,” Mulcahy says.

Biologics are medications made from living organisms or parts of living organisms. Examples are infliximab (Remicade) for arthritis and trastuzumab (Herceptin) for cancer.

One route to lowering those costs is the use of biosimilar drugs. As of December 2020, the FDA had approved 29 biosimilars. Makers of biosimilars must show that their medications have no clinically meaningful differences between them and the original drug.

The report does recognize that sometimes Americans pay more for drugs, according to Nicole Longo, a spokesperson for PhRMA, “but when we do, it is for innovative, lifesaving medicines, not generic medicines that have been on the market for a while. This helps ensure Americans have access to the latest medical advances.”

“There are cases where we need to address price disparities between the United States and other countries, and trade agreements and enforcement are one way to fix those problems,” she says. “Policymakers should also pursue commonsense reforms to fix our system that will lower out-of-pocket costs for patients.”

Among the remedies suggested by PhRMA are annual caps on out-of-pocket costs, lower cost-sharing costs, and ways to allow patients to spread costs throughout the year.