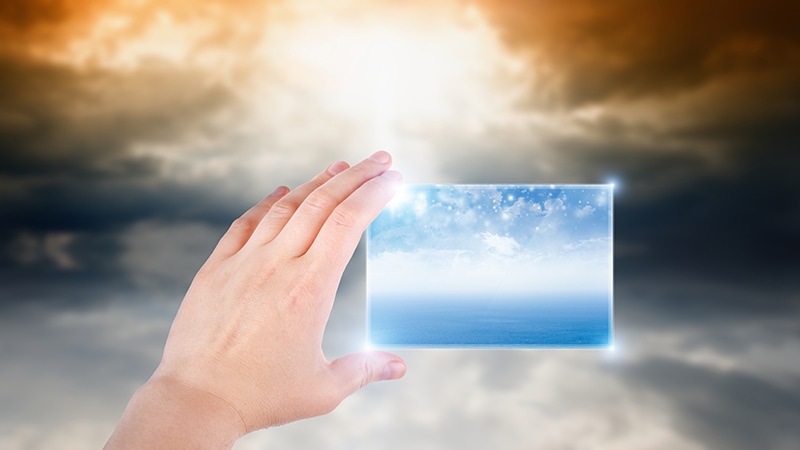 Mobile electrocardiography (mECG) devices can go places a standard 12-lead electrocardiography system can’t, with fewer technicians in tow, but it doesn’t have the same functionality — their most advanced use these days is detection of atrial fibrillation.

But research on several fronts aims to endow a prominent mECG system the capability to measure the heart-rate-corrected QT-interval (QTc), increasingly appreciated as a gauge of cardiovascular risk. Such an advance could open broad new horizons of electrocardiographic screening potential, researchers say.

For example, artificial-intelligence (AI)-based software developed for the KardiaMobile 6L (AliveCor) mECG system, a smartphone add-on device, called on 12-lead electrocardiograms from a half-million patients to train a deep neural network (DNN) to identify clinically important QTc prolongation and then to validate its ECG-interpretation algorithms.

Researchers then prospectively tested the DNN-supported mECG system in a cohort of 686 patients with available 12-lead ECG and 2-lead mECG tracings, about half of whom were known to have a genetic cardiac disorder such as long-QT syndrome (LQTS).

The DNN showed a sensitivity of about 80%, specificity of about 95%, and a negative predictive value of 99.2% for QTc intervals measuring at least 500 ms, a clinically important threshold, compared to QTc-interval assessment by a specialized commercial core laboratory.

The results were similarly impressive in a comparison with assessment by a cardiac electrophysiologist with special QTc expertise, noted the group in their report published February 1 in the journal Circulation, with lead author John R. Giudicessi, MD, PhD, Mayo Clinic, Rochester, Minnesota.

The QTc interval can be prolonged in a number of common clinical settings — as a direct side effect of some drugs, the result of hypokalemia, of genetic disorders such as LQTS, and systemic diseases that include COVID-19, senior author Michael J. Ackerman, MD, PhD, of the same institution, told theheart.org | Medscape Cardiology.

Research has consistently shown that a QTc greater than 500 ms, except under a few special circumstances, is a mortality predictor, Ackerman said. “It’s a warning, and in many cases it’s an actionable warning.” Monitoring for and measuring it in practice usually depends on the 12-lead ECG, which isn’t available or practical to use in most settings other than a clinic or hospital.

In contrast, the DNN-driven mECG system can be used by clinicians or patients in the home, any healthcare setting, or most anyplace else, the published report notes. The device “represents the sort of disruptive technology capable of transforming how the QTc value is obtained and utilized clinically,” and points to “a potential paradigm shift regarding how and where the QT interval can be assessed,” it states.

It’s important to know the QTc in a variety of settings, “and now we have a real-time way of being able to obtain that information,” Ackerman said.

“The ability to decipher QTc from a smartphone is very, very appealing,” Niraj Varma, MD, PhD, of the Cleveland Clinic, Cleveland, Ohio, told theheart.org | Medscape Cardiology. “Now this paper has come out, and that’s exciting.”

The device’s algorithms appear to have been well validated as a test for QTc prolongation, he said. Still, “in the test cohort, 50% of the patients had a prolonged QT. In the real world, that incidence is much lower, so their false-positives would increase.”

Contemporary medicine, Varma said, “has been wary of mobile health applications delivering health-related data, because very little has been validated, and there are no clinical care pathways. How do you act on this information? How do you put it into an electronic medical record? How do you get reimbursed for it?”

Varma, not connected with the current study but lead author on a newly published multisociety position statement on mobile health (mHealth) arrhythmia management, said with current commercially available mHealth systems, for example, “we’re getting a lot of atrial fibrillation relayed by patients on a variety of different platforms. And who knows what the accuracy is across those platforms? So, this is a huge challenge to the medical establishment.”

Because of that, Varma added, the new position statement “deliberately did not come out with recommendations.”

He said he’s “very excited” by the device’s reported QTc-interval assessment prowess and the screening and monitoring strategies it could potentially allow. “But it’s certainly not something we can integrate into formal medical practice right away.”

Ackerman sees several future directions for using the DNN-based mECG QTc assessment. “I think it will take some time getting used to, but I’m envisioning there will be early adoption in preventative cardiology, general pediatrics, and general medicine.”

Another setting “that I’m betting will use it a lot, because they’re begging for help, is psychiatry,” he said, for screening patients who may be prescribed drugs with QT-interval prolongation as a side effect. “Many antidepressants and antipsychotics come with QT baggage, and they feel very ill-equipped about how to navigate the issue.”

In another potential use, pharmacists could check patients’ QTc status as an “early warning system” for those with comorbidities or genetics that make them vulnerable to QT-prolonging prescription drugs, Ackerman said. The strategy is already the focus of a small, ongoing prospective study.

What about screening professional and young athletes? “I see it not as being for pre-sports participation as much as for universal detection. Whether you’re an athlete or an artist, I want to know that person’s QTc, because long-QT syndrome afflicts them equally,” Ackerman said. “You could do it in whatever setting, as part of a person’s natural encounter with healthcare.”

The new report speculates on such screening and monitoring uses “without really providing the data,” Varma observes. “But I agree with them; I think these are potential applications,” he said. “For patients who are already on a drug that might be potentially dangerous — and we have a pretty rudimentary mechanism for monitoring them, the 3-month ECG — then this becomes a very efficient tool for monitoring.”

However, QTc assessment as part of a commercially available mECG device could potentially become as ubiquitous as smartphones themselves, “and that has downsides,” Varma said. “We don’t want every patient going to a psychiatrist to relay an ECG to us twice a day. Managing these data streams is a huge challenge, so somehow that has to be regulated.”

The DNN algorithms were derived from and validated in about 1.6 million ECG tracings obtained from 538,200 patients from December 1993 to July 2017, “using cardiologist overread QTc values as the gold standard,” the report notes.

The DNN’s ability to detect QTc prolongation of at least 500 ms was then tested in 686 patients who had been referred to an arrhythmia clinic; they therefore showed a high prevalence of genetic repolarization abnormalities. Twelve-lead ECG tracings and output from an mECG device “equivalent to the commercially available AliveCor KardiaMobile 6L” were obtained from April 2018 to February 2020.

There were only “nominal” differences in the cohort’s median QTc interval as measured by the DNN-equipped mECG device and three other assessment methods, the report states. The median as measured by the DNN-powered mECG device was 444 ms (interquartile range 425-467 ms) and ranged from 434-446 ms by ECG-technician, cardiologist QTc-expert, and commercial core-lab overreads.

Ackerman believes that US Food and Drug Administration approval of the DNN QTc-interval upgrade to the KardiaMobile 6L may come through this year. The review process is already well advanced; the agency had already cleared it in March 2020 specifically for use in patients with COVID-19 receiving potentially QTc-prolonging agents.

“The next step is to formally submit this paper as the key evidence and all the documentation required for FDA to review,” he said.

Once approved, the upgrade for the KardiaMobile device would be available for download. “It’s ready to go live, it just can’t go live until we receive FDA clearance,” Ackerman said. Then, “it truly becomes a QTc meter.”