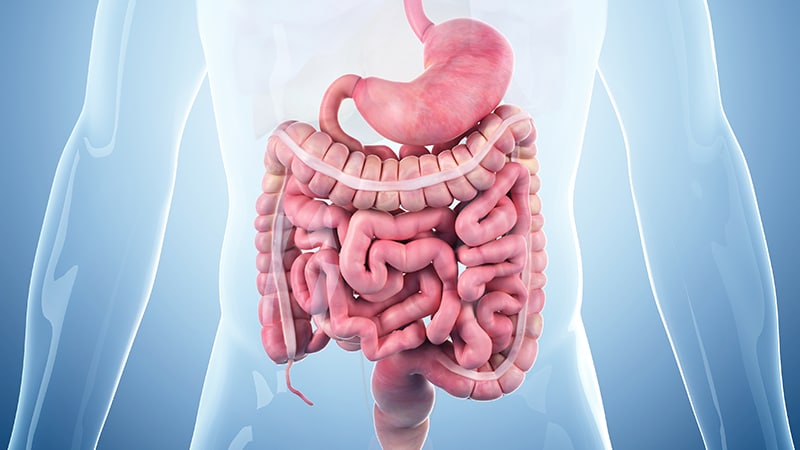 In a first direct comparison study, ustekinumab (Stelara, Janssen) emerged superior to vedolizumab (Entyvio, Takeda) on multiple measures of response and remission among patients with Crohn’s disease who failed at least one anti-TNF therapy.

Of patients taking ustekinumab, a higher proportion (51%) met the primary endpoint of corticosteroid-free clinical remission at week 54. In the vedolizumab group, only 41% achieved the same outcome.

Buisson estimated that 15% of patients with Crohn’s disease experience primary failure from an anti-TNF agent. Also, only slightly more than one third (37%) remain in clinical remission at 1 year.

With that in mind, Buisson and his colleagues conducted the VENUS study to evaluate outcomes between ustekinumab and vedolizumab. These two biologic agents are indicated for Crohn’s disease and feature different mechanisms of action compared with anti-TNF agents.

They assessed 312 adults with Crohn’s disease from two patient cohorts in France. All participants failed prior treatment with at least one anti-TNF agent, including approximately 20% who experienced a primary nonresponse.

The retrospective study included 224 patients treated with ustekinumab and another 88 with vedolizumab between July 2014 and May 2020. The two groups were comparable based on a propensity analysis. Other medications were allowed at the physician’s discretion.

Nonresponders and Other Outcomes

In contrast, regarding secondary loss of response, “we did not observe any [significant] difference between two groups,” he added.

They found that 26% of patients who received ustekinumab met the deep remission criteria versus 4% of those who received vedolizumab.

Buisson and colleagues also looked at time to drug escalation. A Kaplan Meier curve revealed that patients taking vedolizumab were more likely to be escalated compared with those taking ustekinumab (hazard ratio [HR], 1.35).

Furthermore, those treated with vedolizumab also featured a higher risk for drug discontinuation due to therapeutic failure (HR, 1.53).

Superior in Subgroup Analyses as Well

The subgroups favoring ustekinumab included those patients not taking steroids at baseline; with no prior bowel resection; with a noncomplicated phenotype; with upper gastrointestinal involvement; and older than 35 years of age.

The retrospective study design was a limitation. The long follow-up and large sample size were strengths.

The authors concluded that ustekinumab was more effective to achieve early and long-term efficacy than vedolizumab in patients with Crohn’s disease who previously failed to anti-TNF agents.

“However, these data should be confirmed in a head-to-head randomized controlled trial,” Buisson said.

Buisson disclosed that he is a consultant for Janssen and Takeda.

Damian McNamara is a staff journalist based in Miami. He covers a wide range of medical specialties, including infectious diseases, gastroenterology, and critical care. Follow Damian on Twitter: @MedReporter.