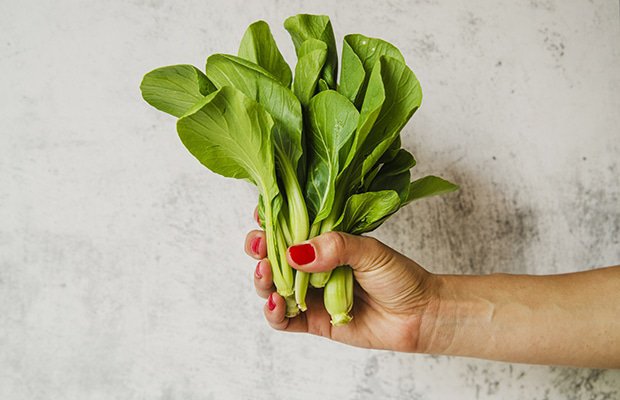 When people think about foods they can eat on the keto diet, they tend to zero in on meats and fats (a.k.a., the tasty stuff). But while fruits are generally kept to a minimum, veggies can get some serious play on the diet.

Of course, not all vegetables are created equal in the keto diet’s eyes. Some, like peas, beans, corn, and carrots, are actually pretty high in carbs. But there are plenty of low-carb veggies that can be a great part of any keto diet. (Hint: They’re mostly green and leafy.)

Here are the best low-carb vegetables out there. Add these to your regular keto rotation to help keep your diet healthy—and to balance out all that bacon and butter.

This superfood has a deliciously peppery taste, making it next-level for salads. It also contains less than a half gram of carbs per cup, according to the USDA, so you can really go to town on this green.

READ MORE: 6 Dairy Products You Should Absolutely Be Eating On The Keto Diet

Celery’s got just one gram of carbs per stalk, which definitely makes it keto-friendly.

Celery also contains a solid amount of folate, potassium, and vitamin C, and has a decent amount of water in it, so you’re basically hydrating yourself while you eat.

This bitter cruciferous veggie has one gram of carbs per cup. It’s also packed with calcium, folate, and iron, to deliver all kinds of nutrients in every bite.

Bok choy is delicious in any kind of pan-Asian dish you can dream up, and it adds a nice kick to salads. Oh, and it’s just one and a half grams of carbs per cup.

This green is super-versatile—you can chop it up and have it in salads, cook it with garlic and serve it alongside steak, or throw a handful into whatever it is you’re making.

It’s also great for keto fans, at just one gram of carbs per cup of raw leaves, and is packed with nutrients like carotenoids, vitamin C, vitamin K, folic acid, iron, and calcium.

Mushrooms are a tasty addition to any dish, and they pack just a little more than three grams of carbs per cup. They’re also great sources of B vitamins, selenium, potassium, copper, fibre, and protein

READ MORE: The 6 Best Kinds Of Fat You Can Eat On The Keto Diet

Asparagus pops up a lot in keto recipes and, at about half a gram of carbs per stalk, it’s easy to see why. Asparagus is also a great source of fibre, folate, vitamins A, C, E and K, and chromium.

This veggie has a unique taste, and it’s just a little more than one gram of carbs per cup. It’s packed with nutrients like vitamins K, A, and C, and is a solid source of magnesium, potassium, iron, and dietary fibre.

While zucchini noodles are huge in the keto world, there are still some carbs in this veg: six grams per medium zucchini, to be exact.

Still, zucchini has a good amount of potassium and vitamin C, making it a good veggie to have in the mix.

A cup of these little veggies (which is a lot for radishes) has four grams of carbs, making them a great add-on. Add a few slices to a salad or over your steak to add a little spice to your meal.