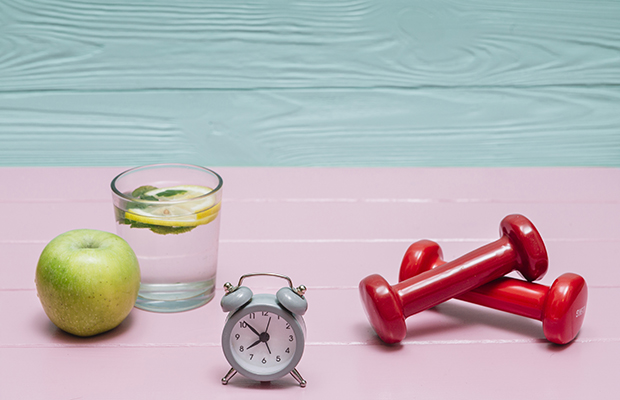 READ MORE: “I Suffered From An Eating Disorder You’ve Never Heard Of Before”

For decades, the eating disorder lexicon had two main entries: anorexia and bulimia. But modern research reveals that these fall woefully short of encompassing the many facets of disordered eating. In the early Nineties, the American Psychiatric Association introduced a new diagnostic category: eating disorders not otherwise specified (EDNOS). A catch-all label that includes dozens of sub-diagnoses, EDNOS applies to patients who don’t meet the exact criteria for anorexia or bulimia but still have very troubled relationships with food or distorted body images.

A fixation with healthy or righteous eating. Orthorexics often eat only organic foods, eliminate entire food groups or refuse to eat anything that isn’t “pure” in quality. Unlike anorexics, they don’t necessarily think they’re fat or strive to be thin; some are motivated by a fear of bad health or a fixation with complete control. “This plays havoc with their self-esteem, as the person often berates herself,” explains dietician and author Tabitha Hume. Ironically, severe orthorexia can lead to malnourishment.

READ MORE: Orthorexia And Me: What It’s Like To Have A “Healthy” Eating Disorder

Extreme dieting and exercising while pregnant to avoid gaining the 11 to 15kg of weight doctors usually recommend. “There’s more pressure on women to look thin during and after pregnancy,” says Hume. But pregorexia comes with serious health problems. Starving moms-to-be are at risk for depression, anaemia and hypertension, while their malnourished babies are often miscarried or born with birth defects. “Mothers who over-restrict during pregnancy often deliver early, and the combination leads to a severe problem, where the child is born with a thrifty gene that sets them up for diet-resistant obesity, diabetes and heart disease from early adulthood onwards,” she says.

Compulsive overeating, often to deal with negative emotions or stress. Binge eaters consume large amounts of food very quickly – until they’re uncomfortably full. Most sufferers eat in secret to hide their habits. Many feel powerless to stop eating and are disgusted with themselves afterwards; but unlike with bulimia, they don’t attempt to reverse a binge by vomiting or fasting. While not all patients are overweight, obesity – and its related health problems – is obviously a risk.

READ MORE: “My Life With A Binge Eating Disorder”

Addiction to exercise. Sufferers work out well beyond the requirements for good health, often to the point that their gym time interferes with their job or relationships. “Instead of throwing up, so-called compulsive exercisers purge kilojoules by working out religiously,” says Dr Sari Shepphird. “Often, if they don’t keep up with their rigorous routine, they feel tremendous anxiety or guilt.” They’re also at risk for potentially fatal cardiac problems and depression.

READ MORE: 5 Signs You Could Be Suffering From An Exercise Disorder

Restricting food intake in order to reserve those kilojoules for alcohol and binge drinking. A US study found that almost 30 percent of female varsity students exhibit drunkorexic behaviour, “saving” their kilojoules for booze in order to avoid gaining weight or to get drunk faster. Bad idea: these women are upping their chances for alcohol poisoning, uninhibited sexual behaviour and long-term consequences like heart and liver diseases.

Intergenerational living: what is it and how can it improve our social relationships?
NEJM publishes data demonstrating clinically meaningful prevention of bleeds and superior bleed protection for efanesoctocog alfa
FDA Approves Orserdu (elacestrant) for Patients with ESR1 Mutations in ER+, HER2- Advanced or Metastatic Breast Cancer
Taylor Lautner and His Wife Open Up About the Mental Toll of Being Targeted by Paparazzi
7 compelling ways to vanquish feelings of jealousy, for good