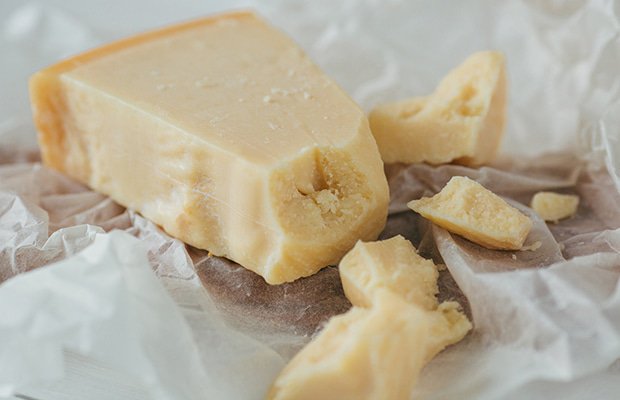 From the outside, the keto diet looks like a free pass to eat all the butter, cheese, and heavy cream your heart desires.

In reality, though, keto is much more restrictive when it comes to dairy—that’s due mostly to one thing: dairy equals sugar, which equals carbs.

“Dairy products actually have sugar in them,” says Scott Keatley, of Keatley Medical Nutrition Therapy. The sugar Keatley’s talking about comes in the form of lactose—that lactose then breaks down into glucose, which is the sugar your body uses to push you out of ketosis, says Keatley. “So, you can’t go hog wild on dairy.”

Still, there are plenty of dairy options that will fit in with your 50-grams-of-carbs-a-day (or fewer!) lifestyle, says Pegah Jalali, a nutritionist with Middleberg Nutrition.

“All foods are basically allowed on the ketogenic diet, it is a matter of the portion,” she says, adding that that means you might have more wiggle room with certain dairy products, like butter and heavy cream, but not so much with others, like milk or ice cream. These are the best dairy options for keto dieters:

Butter is an ideal source of fat on the keto diet, says Tammy Lakatos Shames, of Nutrition Twins. That’s because it has zero carbs and about 11 grams of fat per tablespoon, she says.

If you’re set on incorporating butter into your keto lifestyle (and honestly why wouldn’t you be?), Jalali recommends buying high-quality grass-fed butter, which is higher in omega-3 fatty acids—an essential, healthy fat for your body and brain.

READ MORE: What Is Keto Cycling—And How Is It Different Than The Keto Diet?

Cheese gets the green light on the keto diet. But if you’re worried about your lactose intake, then Keatley says you’ll want to go for harder cheeses like Parmesan (one tablespoon of the stuff has less than a gram of carbs), says Lyssie Lakatos, of the Nutrition Twins, who explains that they typically have fewer carbs than soft cheese.

Semi-hard cheeses—like Swiss, which has less than two grams of carbs per cup of shredded cheese—are keto-friendly too, she adds. Take a cue from Jenna Jameson and melt some semi-hard cheese over some eggs for breakfast (or honestly, whenever).

While, yes, hard (and semi-hard) cheeses do have fewer carbs than soft cheese, that doesn’t mean all soft cheeses are off the table.

Brie cheese, for example, has less than one gram of carbs per ounce. Mascarpone and creme fraiche are good options too, says Lakatos, since they give you tons of added flavour and creaminess for very few carbs.

READ MORE: 8 Fruits You Can Actually Eat On The Keto Diet

Here’s the thing: Milk isn’t a great option on the keto diet, says Jalali. Whole milk has 12 grams of carbs per cup, and low-fat or skim has even more. And don’t even get me started on ice cream (way too much sugar).

Cream, on the other hand—whipping or whipped—is totally doable on the keto diet. “This is a high-fat, low- to no-carb food, so it can be enjoyed on the keto diet,” she says.

One thing to keep in mind: If it’s whipped cream you’re after (and not whipping cream, to add to your coffee), it might be best to, uh, whip it up yourself (one cup of the whipped stuff has under four grams of carbs and just over 43 grams of fat), since most store-bought versions have added sugar. To do that, all you need is heavy whipping cream, a hand mixer and a mixing bowl, and you whisk until the cream becomes fluffy. Add a pinch of pure vanilla extract for some flavour.

Cream cheese is another keto-friendly food…as long as you don’t spread it all over a bagel.

But, at just one gram of carbs per ounce, you can absolutely enjoy a bit spread on celery stalks or halved strawberries, says Jalali—or, if you’re feeling creative, you can add it to any sauce to make it a bit creamier (and fattier).

All three of the dairy products are grouped together because they have similar carb content—about 11 grams of carbs per cup. So, these are doable, as long as you keep your carb content in check, says Lakatos (so, maybe have half a cup with keto-friendly berries instead of a full cup).

There is, however, one hack that many keto dieters use: “A common keto hack for yogurt is to make keto yogurt by mixing one part tangy sour cream—Wallaby Organic European Cultured is my fave—with one part heavy cream,” says Jalali. “This combination will have less carbs and higher in fat than traditional yogurt.”