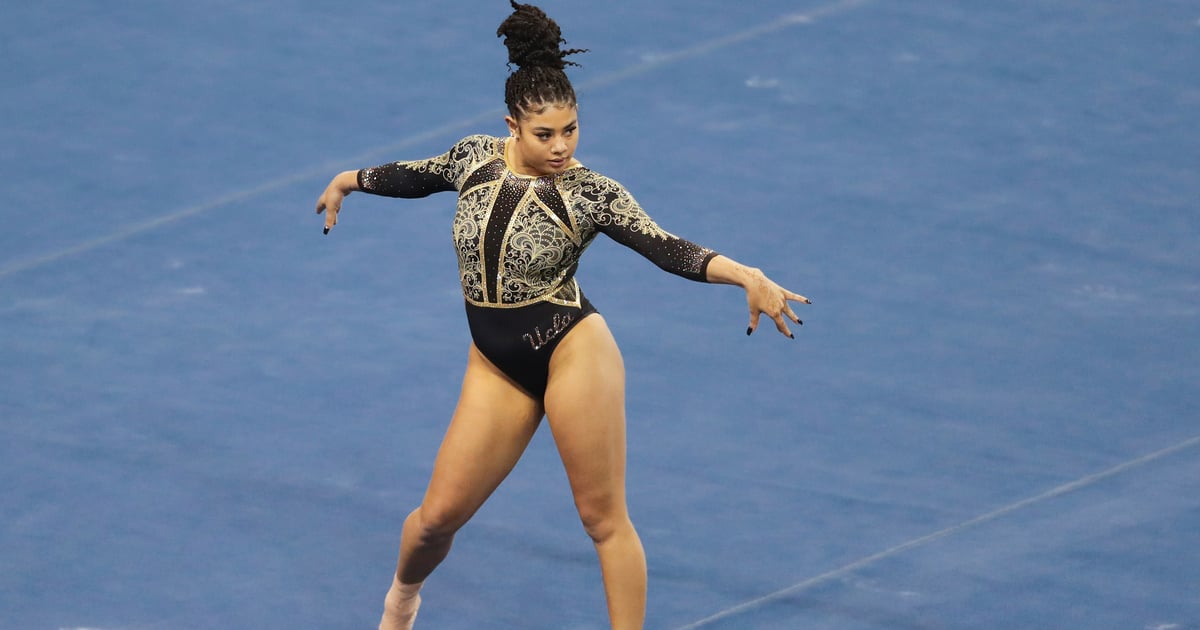 I grew up googly-eyed over boy bands. First it was the Backstreet Boys and, my personal favorite, *NSYNC. Then One Direction came right on into the picture; before their heartbreaking hiatus, they stole my heart. Regardless, I’ll always have a soft spot for the perfectly choreographed, harmonizing groups I used to idolize, so when I heard the music from Sekai Wright’s floor routine at the start of the 2021 NCAA gymnastics season, I audibly gasped with excitement.

Wright, a junior at UCLA, has a floor routine this year featuring “Everybody (Backstreet’s Back)” from the Backstreet Boys, “Motownphilly” from Boyz II Men, and *NSYNC’s “Pop.” It’s so much fun, and you can tell she has a blast performing. In the video above, you’ll see her routine from UCLA’s Black Excellence meet on Feb. 27. She’s wearing her Black Lives Matter leotard adorned with a raised fist on one sleeve, and she pays tribute to the movement at the end.

You will witness UCLA choreographer BJ Das (and teammate Norah Flatley) dance along before Wright’s last tumbling pass: a roundoff connected to a front layout with one-and-a-half twists and another front layout. Wright also adds in a little air guitar. This particular routine received a 9.850 and is absolutely something to clap about. Keep it up, and good luck at this weekend’s Pac-12 Gymnastics Championships!