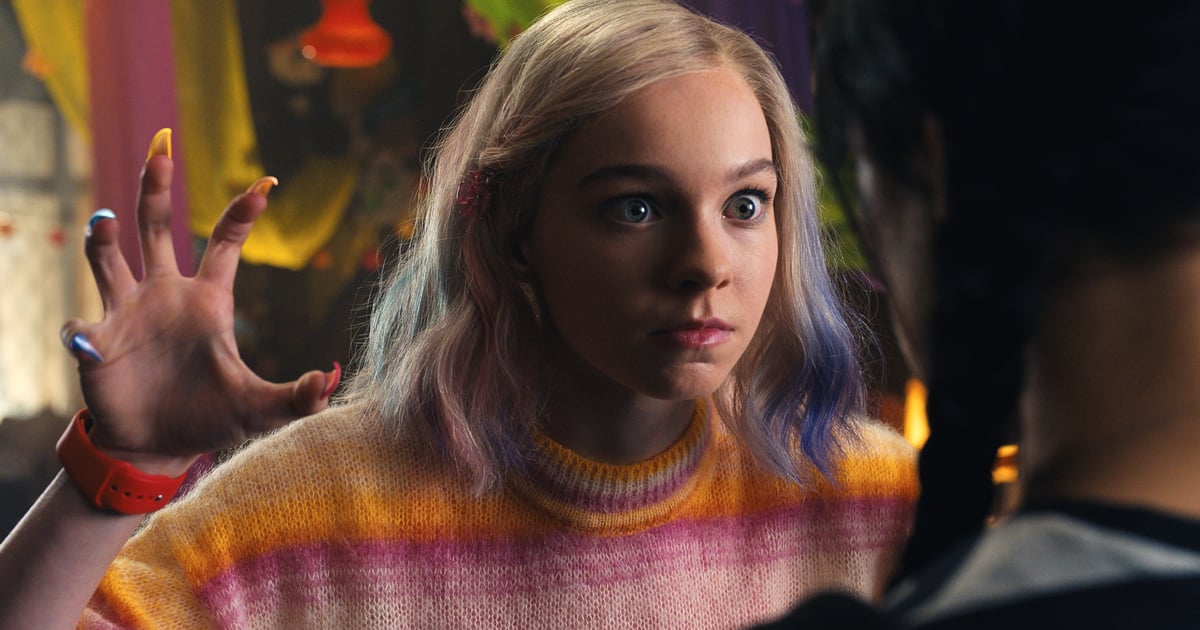 How does an actor prepare to accurately portray a werewolf on screen? By attending werewolf boot camp, obviously. Emma Myers did just that for her role as Enid Sinclair on “Wednesday,” and it sounds . . . weirdly fun? The 20-year-old star described the experience during a “Tonight Show” appearance on Jan. 4, telling host Jimmy Fallon, “I’ve never done so much parkour in my life. It was me running on the floor on all fours, leaping over things.”

To really hone in on the “werewolf spirit,” Myers went through the training with the actors who play Enid’s brothers on the Netflix show, and one particular exercise focused on developing their pack mentality. “We had these stunt guys pretending to be sheep, and we would crawl around them in a circle,” Myers said. “I think anybody who was walking past was like, ‘What is going on in there?'” The strange training was worth it in the end, as Myers’s character winds up reaching her full werewolf potential just in time to save Wednesday Addams from the Hyde monster in the season one finale.

Myers isn’t the only “Wednesday” actor who extensively prepped for their role. Jenna Ortega took fencing lessons and choreographed Wednesday’s viral dance number on her own. She also had a stunt double on hand to execute some of the more intense moments, from getting tackled to avoid a falling gargoyle to being slammed against a tree trunk. “Wednesday” has yet to be renewed for a second season, but we’re holding out hope for more glimpses at Myers’s werewolf-boot-camp learnings in action.