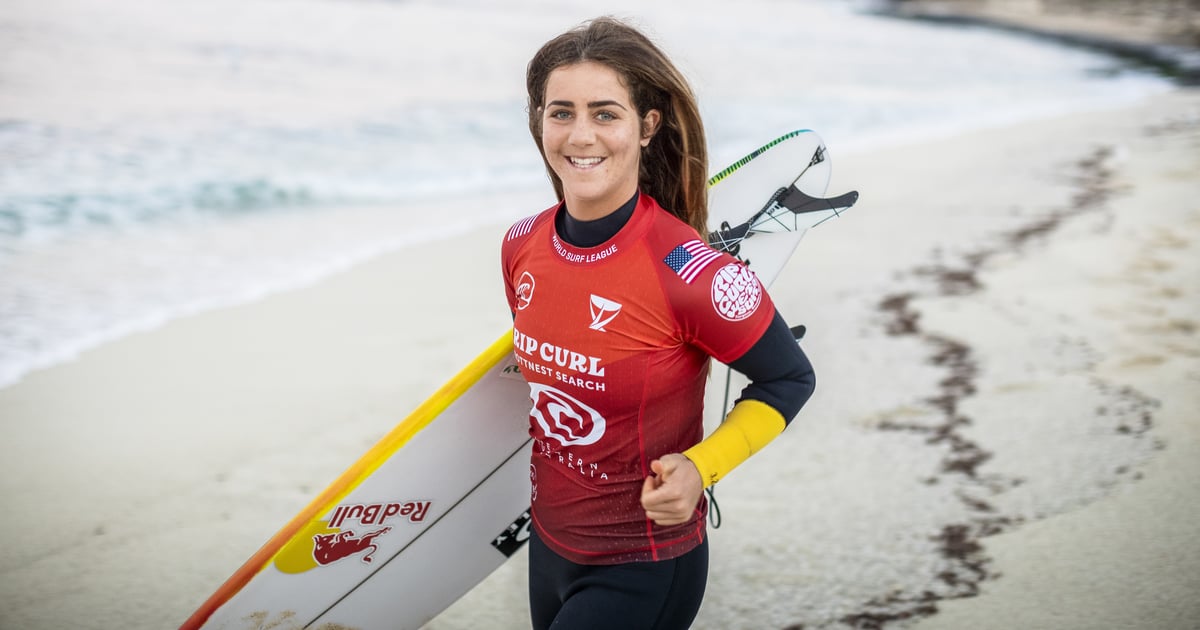 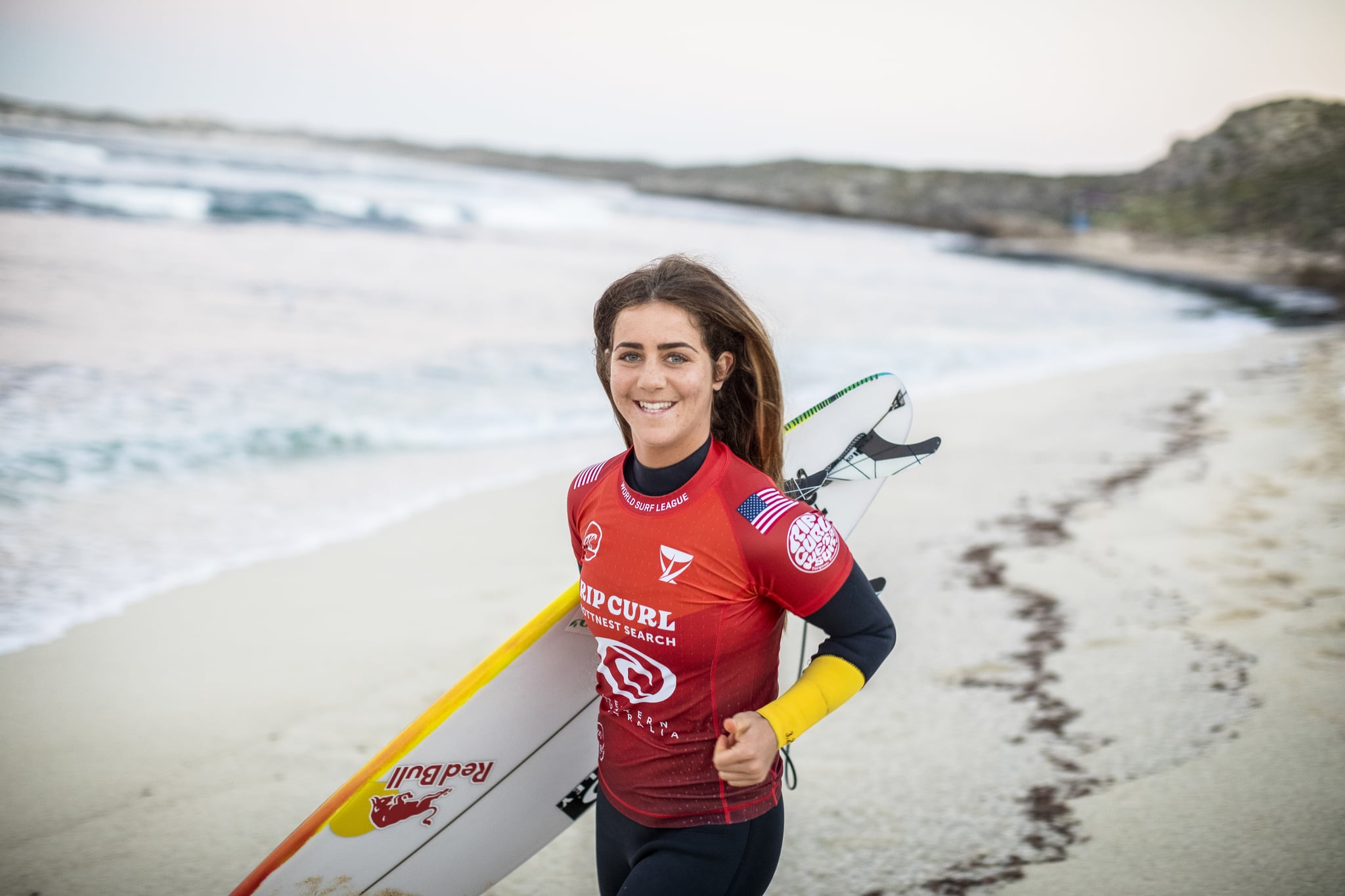 In 2019, Caroline Marks was living the best year of her life. Then 17, the pro surfer finished her season ranked number two in the world, an impressive result for just her second year on the WSL Championship Tour and one that secured her a spot at the 2021 Olympics, where surfing will be contested for the first time. It came down to the final contest of the year, where three American surfers — Marks, Carissa Moore, and Lakey Peterson — vied for both the Olympics and the world title. It was a high-stakes situation for any surfer, let alone one who was just off her rookie season.

“I’ve got nothing to lose,” Marks told POPSUGAR before the last contest in Maui. Her relative inexperience meant that people weren’t expecting much from her, she explained. Her age meant that the pressure was somewhat off; she has many years to win a world title and could potentially compete in multiple Olympics over the course of her career. “The only expectations are the ones I’m putting on myself.” She’d already surpassed her own goals for the year, but that success had only fed the drive for more. “I’m not satisfied,” she said. “I really want to win.”

Marks entered the contest ranked third in the world, trailing Peterson in second and Moores in first. She lost in the first heat and landed in the elimination round, where another loss could have knocked her out of the competition, the world title race, and Olympic qualifications in one fell swoop. Instead, she rallied to win that heat and the following round of 16 matchup. Despite getting knocked out in the quarter-finals (to Stephanie Gilmore, a seven-time world champion and the eventual winner of the competition), Marks’s comeback was enough to propel her to the second spot in the rankings and punch her ticket to Tokyo 2020. Marks and world title winner Moore will both be representing the US in the Olympics, something Marks said was a childhood dream of hers.

But even before qualifying, even before climbing almost to the top of the leaderboard, Marks’s year had been a success by any standards. She won her very first CT event, which was also the first contest in which the WSL paid out equal prize money to both men and women. “It was just crazy to be the one to win it. It was a really special moment for me and my family and the sport of surfing. It was just incredible to be a part of,” Marks said, acknowledging that the female surfers who came before her had really made the milestone possible. “Luckily my timing was really good!”

It was also the first CT contest that her entire family — both parents, plus five siblings — had witnessed in person. When she joined them on the beach after the win, “I just started bawling,” she remembered.

Marks grew up surfing with her brothers in Florida, where the inter-sibling rivalries would get so intense that Marks would come in crying if she lost a heat to them. “My brothers and I are so competitive, it’s unbelievable,” she said.

It fed into a natural drive to be the best, an intensity that’s palpable when you talk to her. “I’m addicted to competing and that winning feeling,” Marks said. “I want to impress my brothers, I want to impress my dad. I want to make everyone proud. It’s just something I’ve always had.”

In 2020, Marks faced unique challenges. With the WSL on hold, she trained at home and focused on finishing her home schooling and graduating high school. Then, when WSL competitions finally kicked back off in 2021, the surfer was stunned to test positive for COVID-19, nearly preventing her from traveling to Australia for a series of events. (The test eventually came back as a false positive and Marks was able to fly.) “As a surfer, you have to be so good at adapting” to different obstacles, she told POPSUGAR at the time.

Because at the end of the day, Marks loves surfing so much that it’s all worth it. the sport of surfing is what Marks really loves. She’d known since age 11 that surfing was what she wanted to do with her life, and she thrives on competition, the thrill of victory, and the sheer joy of the sport. “I think surfing is kind of like painting a picture,” she said. Each unique wave is “like a big open canvas. You can do whatever you want. That’s what’s so fun — you just feel so free.”