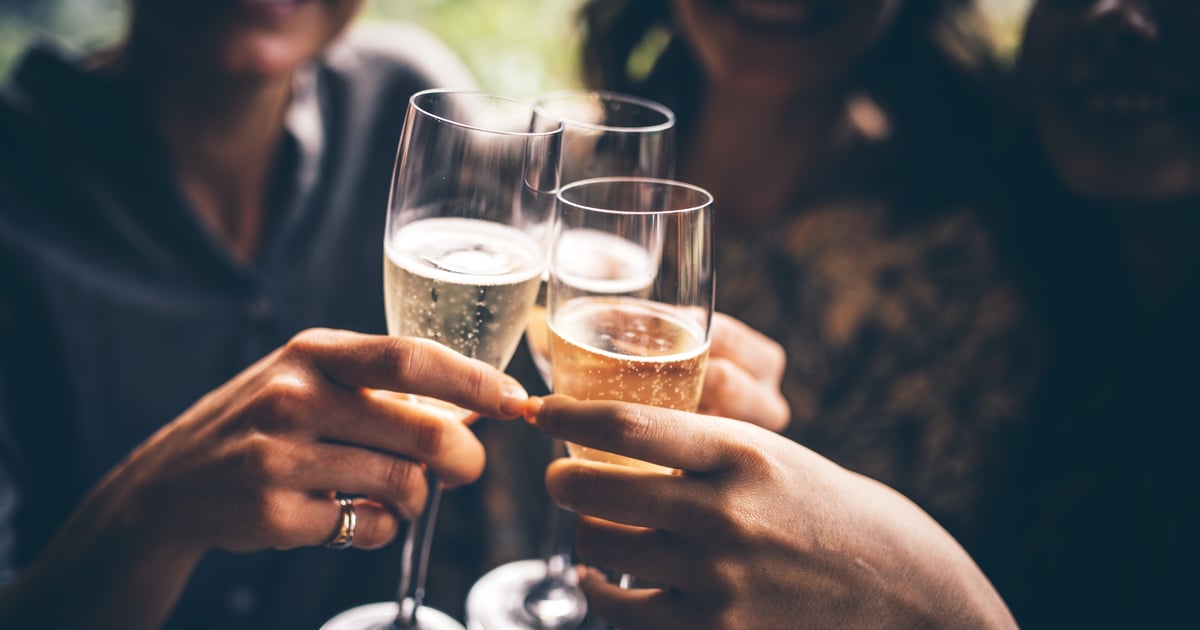 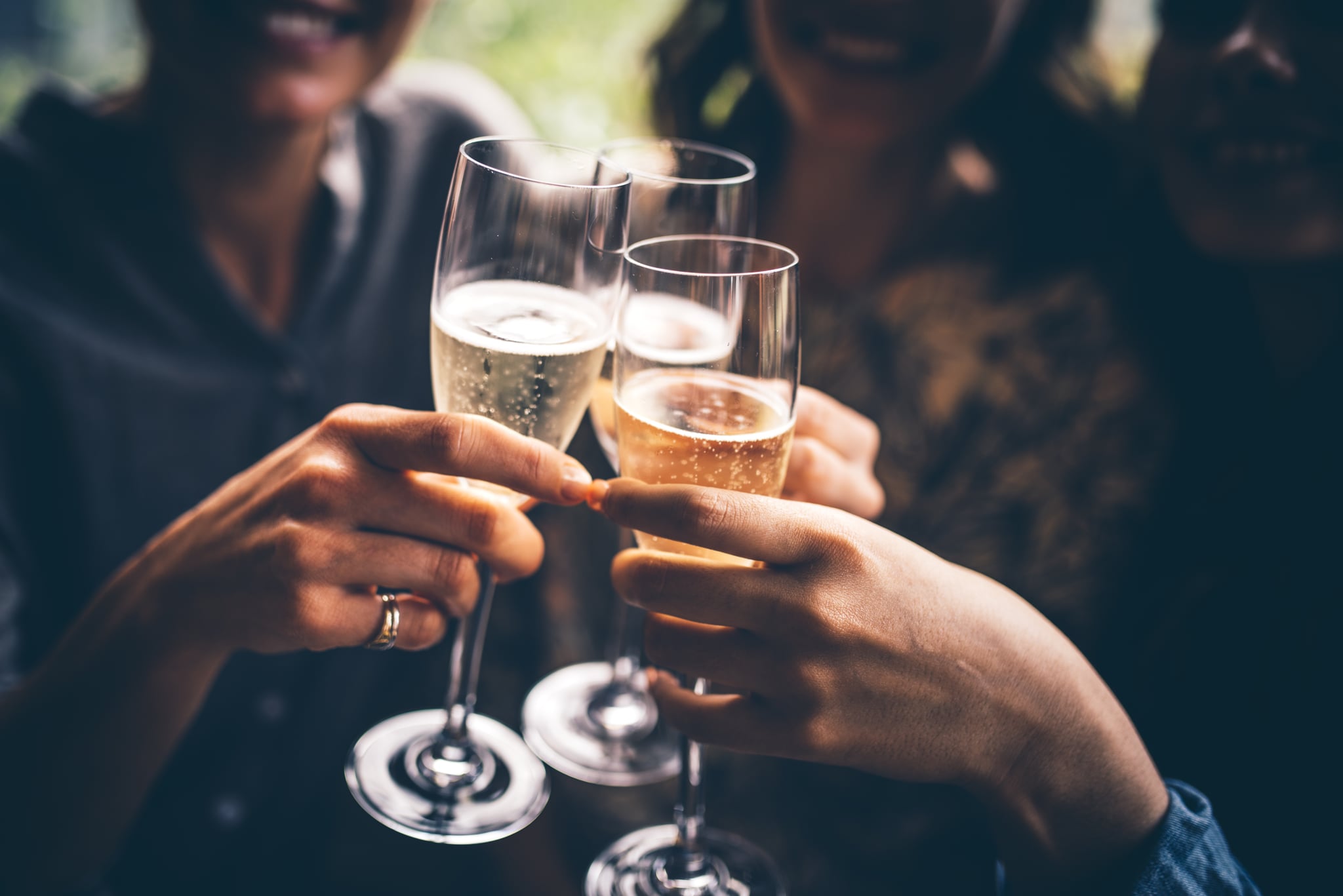 Dry January has become more and more popular in recent years. Maybe a 31-day commitment simply feels more doable than other New Year’s resolutions, or perhaps Americans have realized that there are a lot of benefits to living alcohol-free for a month. Cutting out booze helps eliminate empty calories, may help you feel more energized, and has been linked with an improved overall sense of well-being — all good things, even if some of these benefits only last for a short period of time.

But perhaps the most important benefit of participating in Dry January is that it opens the door for people to “discuss their alcohol consumption and ultimately, to inspire behavior change following a positive and fun-filled month of sobriety,” according to commentary published in the British Journal of General Practice. While that may be true for many people, Dry January didn’t work for me. I love the idea of it, but I didn’t love not being able to sip on a cozy glass of wine in front of the fireplace with my husband or cheers my best friend who happened to get engaged in January.

I’m far from being dependent on alcohol. But enjoying a drink once in a while is a part of my social life. Ultimately, the all-or-nothing approach wasn’t a match for my lifestyle. Sure, cutting down on overindulgences is a good idea. But telling myself that I couldn’t touch alcohol for 31 days just made me want it more. Clearly, Dry January was a bust for me — but what did work for me was a more moderate approach to being more mindful about my alcohol intake.

What Is Damp January?

With Damp January, you simply reduce your alcohol intake for the month by, say, limiting yourself to two drinks a week. This allows people to continue to enjoy a social glass of wine with friends or a spicy margarita on Taco Tuesday while still forcing them to pay attention to how many drinks they’re having and find ways to limit their drinking without feeling deprived. For the month of January, you are “damp,” instead of dry.

What Are the Benefits of Damp January vs. Dry January?

Research shows that depriving ourselves of a certain food can cause us to crave it even more, and in some cases, even to overeat. While there aren’t well-conducted studies on alcohol, specifically, it’s safe to assume that the same may be true for that evening cocktail.

In fact, data collected in England and published in Drug and Alcohol Dependence found that increased participation in Dry January was not linked with significant changes in how much people drank in the months that followed. In other words, after Dry January, people went back to their old drinking habits, without adopting any new habits along the way.

Sure, giving up booze for any period of time will be good for your health. But for people who enjoy an occasional cocktail, developing healthier habits surrounding alcohol may be a more effective approach than swearing it off completely for a month.

How to Practice Damp January

When practicing Damp January, instead of eschewing all alcohol for the month, you’ll set an alcohol-serving limit for yourself and stick to it. My limit is two drinks a week, but some people may enjoy more or less, depending on their circumstances. Regardless of your self-imposed limit, you’ll find that you’re forced to decide if you really want that glass of wine at the end of the day or to do a round of shots with friends, or if you’re simply drinking because it’s the thing to do. When you can only have a limited number of drinks, you have to choose your servings wisely.

Like many people, I enjoy more alcohol during the holiday season than I care to admit. I mindlessly drink, and without hesitation, I say yes to people offering to top off my wine glass. Once January comes along, though, I know it’s time to establish new habits. I allow myself to have two servings of alcohol a week. Usually, my drinks are enjoyed with friends or at a party. When I’m alone, I stick to non-alcoholic beverages like tea and seltzer. At least that’s the case most of the time. On occasion, I’ll have one of my allotted drinks while just lounging around watching Netflix — especially if I know I don’t have an event that will tempt me later in the week.

What I learned while practicing Damp January last year was that I often include alcohol in my life out of habit. Intuitively, if I had a rough day, I want to pour myself a nice glass of pinot to unwind. But during Damp January, instead of reaching for the bottle, I pour some pomegranate juice, which is rich in antioxidants, into a wine glass and slowly sip it as I would some wine. I’ve learned that I enjoy the ritual of sipping out of a pretty wine glass more than I enjoy the wine itself.

On the weekends, when others are downing beers while watching football, I allow myself to enjoy one can of beer before switching to bottled kombucha. One beer is plenty for my smaller frame, and the kombucha delivers the same effervescence without having to worry that I’ll be over-served.

Damp January has taught me moderation and how to listen to my body. In fact, when I practiced Damp January last year, I ended up sticking to my two-drinks-a-week limit up until Halloween. Now, I try to make it Damp January through September. While Damp January isn’t appropriate for those with a true alcohol dependency, it may be a good option for people, like me, who want to commit to drinking more moderately without giving up alcohol altogether. Personally, I’ve never felt deprived, I’ve learned to pay attention to my alcohol intake, and I feel much better because of it.

A cut above: Making drug discovery more efficient using CRISPR
Medical Debt Collectors Added to Wrongful Billing Lawsuit
How and Why a $35 Insulin Price Cap Failed in the Senate
Sexual Dysfunction, Hair Loss Linked With Long COVID
All About the Ozempic Shortage