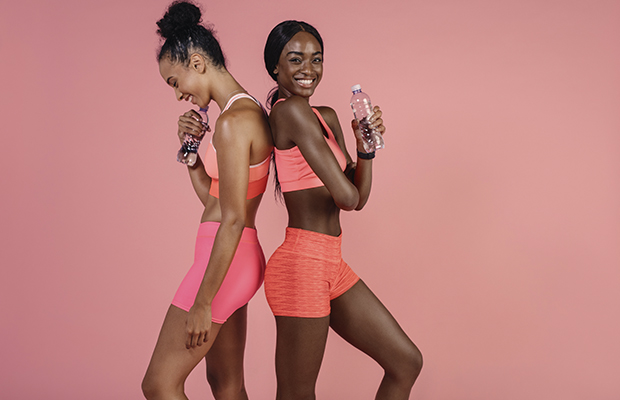 “Metabolism” is one of those buzz words that gets thrown around a lot.

Effortlessly thin people, for example, are often said to be blessed with “fast metabolisms.” And, the key to weight loss is to “boost your metabolism”…right?

Kind of. But that’s easier said than done, friend.

First things first: What exactly is your metabolism?

Basically, your metabolism is all the energy (a.k.a. kilojoules) that you burn every day.

But burning kilojoules doesn’t just happen when you exercise—you burn kilojoules every minute as your body keeps you alive, says Dr. Abbie E. Smith-Ryan, associate professor and director of the applied physiology laboratory at the University of North Carolina, Chapel Hill.

That means all of your body’s processes, voluntary or not, contribute to your metabolism—everything from digesting food to breathing to punching out a text message on your phone.

Your metabolism is made up of 3 factors.

1. Basal metabolic rate (BMR), which is the number of kilojoules your body burns just to stay alive—i.e., keeping your organs and bodily functions working properly, and turning food into usable energy—and it accounts for about 70 percent of your metabolism, says Smith-Ryan.

2. Non-exercise adaptive thermogenesis (NEAT), which is all the calories you burn by doing things like fidgeting or shivering, she explains. It accounts for about 20 percent of your metabolism, and it can vary from day to day depending on things like what you’re doing or what you’re eating.

3. Actual exercise. But that only accounts for about 10 percent of most people’s metabolisms, adds Smith-Ryan.

So, yes, you can “boost” your metabolism, but it’s going to take work, starting with your diet.

Remember the part of your metabolism—your BMR—that burns kilojoules just to keep you alive? Part of that is influenced by how much energy your body expends digesting the food that you eat—and some foods take more energy to digest than others.

“Protein burns more kilojoules than carbs and fat,” explains registered dietician Erik Bustillo. About 30 percent of the kilojoules in protein go toward its digestion and absorption, whereas that number is only about 10 percent for carbs, and even less for fats.

Fibre’s another nutrient that costs a little more energy, says Bustillo—so, getting adequate protein and fibre can definitely help maximize your BMR, and hence, your metabolism.

Of course, doesn’t mean you should shun fat and other carbs—you need a balance of all three to keep your body functioning properly.

Also important: While no vitamin or nutrient has the power to increase your BMR on its own, being deficient in any of the essential vitamins and nutrients can have a negative effect.

READ MORE: 6 Foods That Fire Up Your Metabolism And Burn More Fat

Another thing to keep in mind: Eating too little can actually slow down your metabolism.

This is known as metabolic adaptation, says Bustillo, but you might know it as your body going into “starvation mode.”

When you drastically reduce kilojoules for an extended period of time, your body thinks it’s starving because there’s not enough food available. Its response is to hang onto every kilojoule by burning as few as possible—and the longer this happens, the further your BMR may drop.

“People who have yo-yo dieted all their lives may experience much difficulty losing weight later in life due to this metabolic adaptation,” says Bustillo.

That’s not to say that anyone with a history of extreme kilojoule restriction is doomed, though. “Take comfort in knowing the metabolism doesn’t just stop working, nor do we ever have a ‘bad’ metabolism” says Bustillo.

You can turn things around by simply amping up your daily intake by about 418 kilojoules each week, until you’re within a healthy kilojoule range for your body.

Alcohol might also slow down your metabolism a bit. “Alcohol is registered as not good for the body upon consumption, which results in the body seeking to eliminate it as quickly as possible,” says Bustillo.

So, when you’re tipsy (and you order pizza), your body’s first order of business is to break down and get rid of the booze—leaving the pizza to sit around and turn into fat.

The other effective way to maximize your metabolism? Exercise.

“Evidence suggests that high-intensity interval training is one of the most advantageous forms of exercise,” says Smith-Ryan. “It burns more kilojoules in half the time as steady-state cardio, and your kilojoule burn may remain elevated for up to 24 hours after exercise—as many as 836 to 1255 kilojoules on average, says Bustillo.

The other way that exercise can help boost BMR is by increasing muscle mass. “Resistance training is advantageous for increasing lean mass, which indirectly will increase [BMR],” says Smith-Ryan.

That’s not a huge difference, and adding lean mass isn’t a magic bullet way to boost your daily kilojoule burn. But those extra 25 kilojoules can cumulatively make a big impact over time, says Smith-Ryan

READ MORE: 10 Things That Makes Your Metabolism Slow Down

Taking enough recovery time between workouts, and getting adequate sleep, are key, says Smith-Ryan, because it gives your muscles a chance to rebuild and your hormones a chance to return to their normal state.

The way you strength train matters too: “The most effective approach is to lift heavier loads,” says Smith-Ryan.

You’ll also need to eat more, which might mean setting aside weight-loss goals while you build up your muscle mass, says Smith-Ryan.

The bottom line: There’s no quick-fix way to boost your metabolism, but you can make small changes to your daily habits to help increase the amount of kilojoules you burn each day.