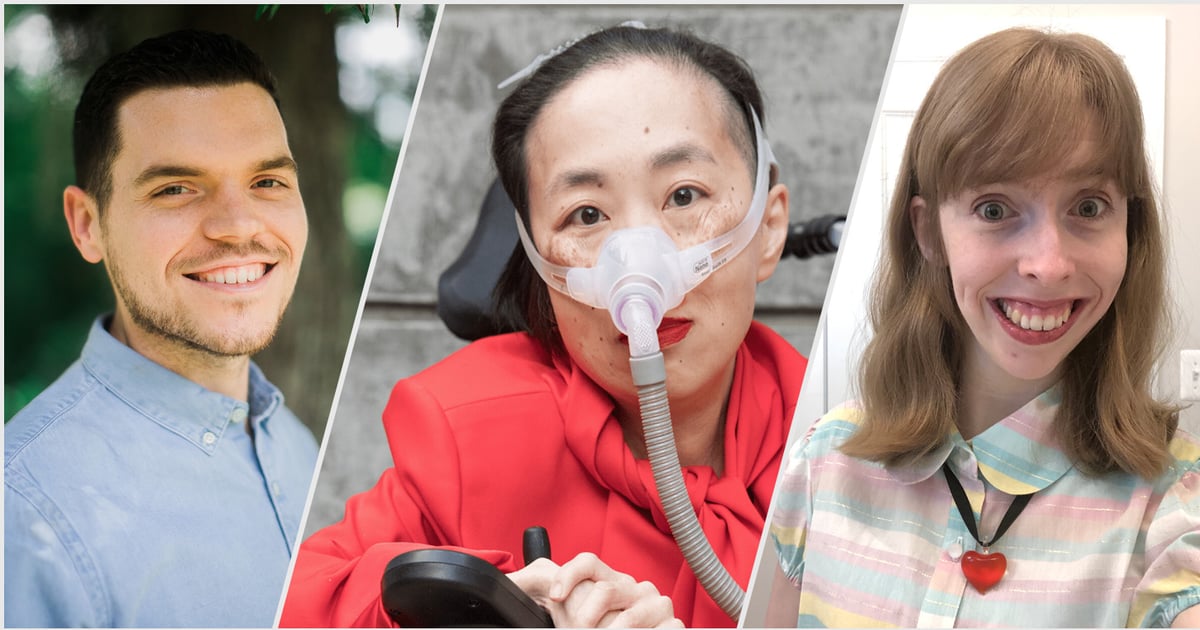 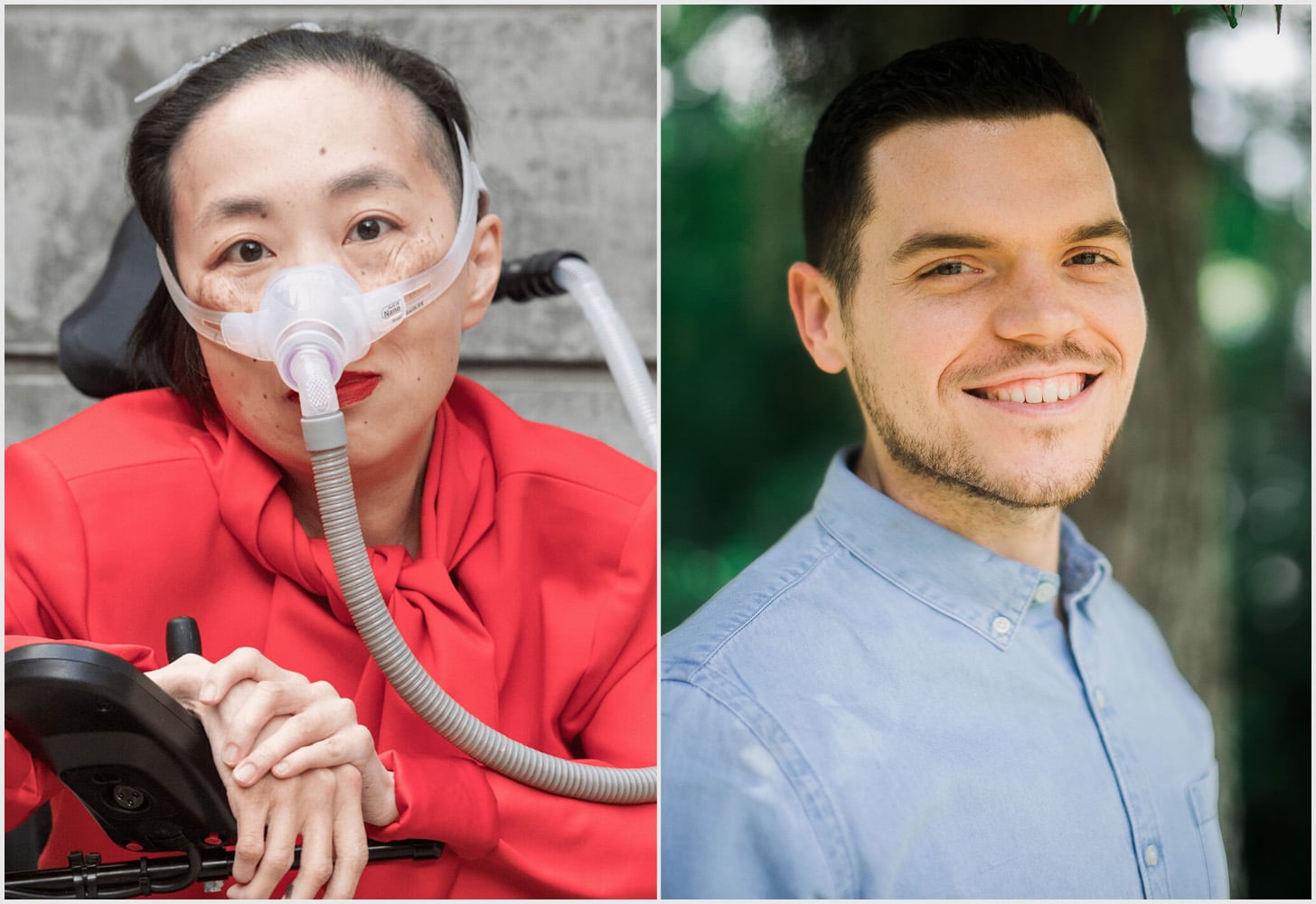 A projected 38.3 million eligible voters this year have disabilities, according to research out of Rutgers University — that’s one-sixth of eligible Americans. In the last general election four years ago, 16 million people with disabilities reported voting, says data by those same Rutgers researchers: Lisa Schur, PhD, chair of and professor in the department of labor studies and employment relations, and her husband, Doug Kruse, PhD, distinguished professor in the school of management and labor relations. And, the 2016 voter turnout rate of people with disabilities was six percentage points lower than that of people without disabilities.

It’s important for people in the disability community to vote — we spoke with four activists who are disabled to explain why that is — but before we get into that, it’s even more crucial to note that not everyone with a disability is able to vote. That right can be impacted by their place of residence.

Can People With Disabilities Vote?

There are federal laws that provide protections for the disability community when it comes to voting. For example, the Americans with Disabilities Act (ADA), which just celebrated its 30th anniversary, ensures that people with disabilities have equal and fair opportunities to vote, and it impacts voting processes such as registration and accessibility at the polls. Additionally, there’s a section in the National Voter Registration Act of 1993 (NVRA) that requires state-funded programs or offices that provide public assistance to people with disabilities to have the necessary tools available to help them register to vote.

Sections of the Voting Rights Act of 1965 (VRA) allow a voter who is blind or needs assistance to get that assistance from a person of their choice. The VRA also, as stated by the US Department of Justice, prohibits “conditioning the right to vote on a citizen being able to read or write, attaining a particular level of education, or passing an interpretation ‘test.'”

“If a disabled person has not voted in any other election before now, it is imperative that they do this time.”

However, Dom Kelly, a development manager at Fair Fight Action, pointed out that there are still voter competency laws in some states that say a judge can essentially take away someone’s right to vote if they’re deemed “incompetent.” This can happen, for example, during conservatorship or guardianship proceedings. “Unfortunately, a primary reason for why certain people with cognitive disabilities are kept from the polls is because of fear of voter fraud,” he explained.

The fear of voter fraud essentially comes from caretakers or family members filling out ballots. For instance, one woman took her 19-year-old son with cerebral palsy and a seizure condition to the polls last year in his community. He is nonverbal and, according to Valley News, communicates through grunts and facial expressions. Months later, the mom received a call from an official with the New Hampshire Attorney General’s Office investigating whether she committed voter fraud.

According to Stateline, which provides reporting and analysis on trends in state policy, as of 2018, laws in 39 states and Washington DC permit judges to strip someone of their voting rights due to “mental disorders ranging from schizophrenia to Down syndrome who are deemed ‘incapacitated’ or ‘incompetent.'” The Bazelon Center for Mental Health Law compiled a list of every state and their laws that do or do not affect the voting rights of people with mental disabilities; trigger warning: some of the language referenced from those laws is incredibly offensive and outdated.

On the accessibility side of things, Dr. Schur told POPSUGAR that many polling places have historically been inaccessible to people with disabilities. “That not only makes it difficult to vote, but it also sends the message that people with disabilities are not wanted,” she said. Certain laws do make polling places specifically more accessible, but there’s work that needs to be done.

Why People With Disabilities Should Vote

Disability activist and editor of Disability Visibility Alice Wong acknowledged that barriers to voting still exist for many people in the disability community. “One reason why these barriers continue to exist is that we need to be in the rooms where decisions are made,” she said. “Voting is one way to get our voices heard. It’s not the only or ‘best’ form of political participation, but we need as many approaches and options as possible.”

Wong, who has spinal muscular dystrophy, is co-partner in #CripTheVote, an online movement that took rise in 2016 and encourages political participation of disabled people. In terms of why this election in particular is important, Wong said the stakes are high for many marginalized communities. “It’s clear that policies and programs for disabled people have been weakened or decimated in the last four years, such as cuts to SNAP [the Supplemental Nutrition Assistance Program], Medicaid, and Social Security,” she noted.

There’s also, Wong added, the “public charge” rule that is discriminatory toward disabled immigrants and their families because it could bar these people from coming into the US for likely depending on government benefits such as food and housing assistance as well as Medicaid. Additionally, she called leadership in response to COVID-19 “catastrophic” — the people disproportionately impacted are those who identify as BIPOC (Black, Indigenous, People of Color), older adults, and those who are disabled. “The time is now to act in a multitude of ways,” she stated.

“We have an administration that chips away at the mandates that we rely on.”

Vilissa Thompson, LMSW, pointed to the fact that people with disabilities are “the largest minority group in the country, which means that we can be very powerful for voting if we show up in high numbers,” even telling POPSUGAR that disabled people could be the swing vote (Dr. Schur seconded that). Thompson is a licensed social worker and disability consultant who was born with brittle bone disease, otherwise called osteogenesis imperfecta (OI). She helped with Elizabeth Warren’s “Protecting the Rights and Equality of People with Disabilities” plan when Warren was running for office and is engaged with the Biden campaign through its disability coalition.

“We have an administration that chips away at the mandates that we rely on,” Thompson said. “The mandates that we rely on when it comes to our rights and ability to thrive in society and be inclusive in society, and we have an administration who is very careless in discussing disability when it comes to certain issues. If a disabled person has not voted in any other election before now, it is imperative that they do this time.”

Kelly, who has a mild case of cerebral palsy, told POPSUGAR that he is stressing the importance of being strategic with voting on the local and state levels. “I can’t speak for all people with disabilities, but as a person with a disability, I want a leader who, at the state level, will expand Medicaid,” he said as an example. “It’s about electing the people that have policies and platforms to help our community.”

Dr. Schur and Dr. Kruse emphasized that healthcare and employment are two big buckets of issues that people with disabilities care about in this election, which can motivate them to show up and vote whether that’s by mail or in person. “Their employment was improving over the past few years up until COVID-19,” Dr. Schur noted. “But it hit people with disabilities especially hard.” 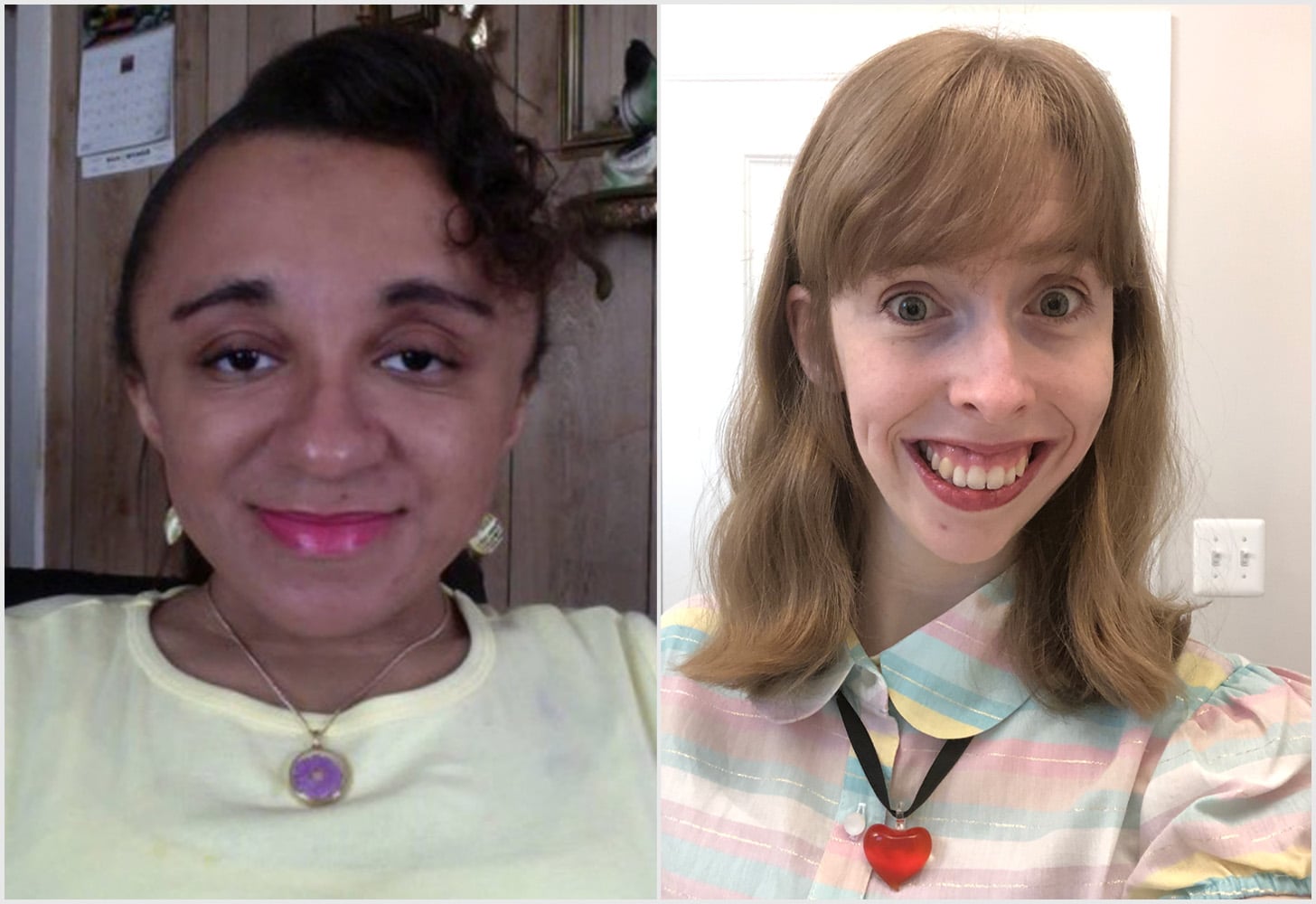 A Note on Accessibility in Voting

The second time that Emily Kranking ever voted, she got turned down at a polling place in 2016. Kranking, a representative for One Vote Now, a project from the National Association of Councils on Developmental Disabilities (NACDD) that’s working to mobilize the disability community and make voting equally as accessible, needed an ID to get an accessible-friendly voting machine despite having physical evidence that she was disabled — she has a form of cerebral palsy that affects her limbs and her speech. (She went to another polling place after that and was able to cast her ballot.)

Kelly hasn’t experienced barriers when voting himself, but he’s seen those barriers firsthand. “Oftentimes people don’t know that they can be escorted to the front of the line if they have a disability,” he recalled. “I also saw lines that were going right through accessible parking spots.” Even if unintentional, it disenfranchises voters.

Kranking said she’s voting by mail in the 2020 election so she doesn’t compromise her health (the majority of those we spoke for this article said they also would be voting by mail). Though mail-in ballots are an effective alternative for those with disabilities who are immunocompromised and those who can’t physically get to the polls, not everyone in the disability community can or wants to take that option. “When it comes to voting by mail, that could be inaccessible for several people who may rely on in-person voting accessibility features to cast a vote,” Thompson echoed.

Dr. Schur did say that if you look at states where everyone votes by mail (even before COVID-19), such as Washington state, you do find there’s higher voting by people with disabilities. But, she further pointed to those with visual impairments as an example of voters who might not be able to cast their ballots alone due to needing assistance with mail-in ballots. The New York Times recently published a feature on the obstacles that the disabled community may face during this election, and it’s a recommended read.

Wong, who wrote an op-ed for Teen Vogue on this, told POPSUGAR, “At the same time, we’re seeing an explicit effort to undermine the US Postal Service and to discredit the security of voting by mail.”

“Disabled or not disabled, it’s their own voice and it matters.”

The Help America Vote Act of 2002 (HAVA) mandates that, in federal elections, at least one accessible voting system is at each polling place. The Voting Accessibility for the Elderly and Handicapped Act of 1984 (VAEHA) requires that voters must be given an alternate means of voting if there isn’t a fully accessible polling place on Election Day. The National Disability Rights Network (NDRN) recently published suggestions for improving polling places, and some of the points include installing permanent ramps, having more accessible parking spaces, and creating better training for poll workers.

Kelly agreed with the suggestions made by the NDRN and said it’s not just about making polling places ADA-compliant: “Election officials and poll workers need to be properly trained to be able to help people with certain disabilities when they come to a polling location.” Wong added, “The best way to make voting more accessible is to have disabled people involved in local and state election planning and to partner with community-based advocacy organizations to conduct effective outreach and engagement.”

Bottom Line: Go Out (or Stay Home) and Vote

Thompson encourages those with disabilities to do their research about who’s on the ballot on their state and local levels specifically. “Just educate yourself on who wants your vote, how they are improving or sustaining the rights of disabled people, and how they are suppressing or being oppressive when it comes to the rights of disabled people,” she said.

On the national level, “by having a person with a disability vote for the next president, whomever it may be, whether it is [Donald] Trump or Joe Biden, that’s their voice, that’s their opinion, and it matters just like their neighbors’, friends’, and family members’ opinions,” Kranking concluded. “Disabled or not disabled, it’s their own voice and it matters.”