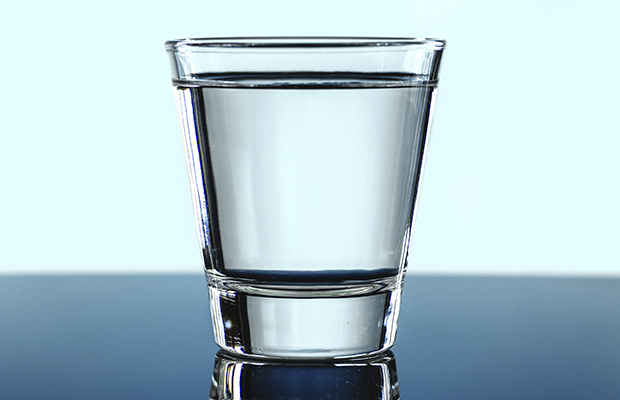 Fasting is really in right now—and damn, it makes me sad.

Take the 16:8 diet, for example, which involves fasting for 16 hours a day and eating whatever you want for the other eight. Given that you’re sleeping for most of those 16 food-free hours, it doesn’t sound that overwhelmingly miserable…but there’s one fasting diet that definitely does: water fasting.

And yeah, it’s exactly what it sounds like. Water fasting is, basically, a “diet” where you literally consume nothing but water.

TL;DR: It’s super extreme—there are even “water fasting clinics” devoted to it—and it’s so not okay.

Okay, tell me more about water fasting—how does it work?

Because you’re consuming nothing but water on a water fast, you’re depriving your body of nutrition for extended periods of time, which shifts your metabolism into a “fasting state”—the precursor to the “starvation state,” says Dr. Whitney Linsenmeyer, a spokesperson for the Academy of Nutrition and Dietetics and an instructor in the department of nutrition and dietetics at Saint Louis University.

“This is where the body recognizes it’s not getting the fuel it needs, and resorts to using the body’s stores of protein and lipids,” says Lisenmeyer.

When this is done for even short periods of time—like 24 to 48 hours—it can start to veer into dangerous territory. “Lack of nutrition for extended periods of time can result in mild symptoms such as fatigue, irritability, anxiety, drops in blood pressure, and even heart arrhythmias, confusion, seizures, or loss of consciousness,” says Linsenmeyer.

Basically, you’re not giving your body what it needs to function properly—and it’s downright miserable.

It’s also not well-researched, says Linsenmeyer, which only adds to it being dangerous, because there’s no way to know how it affects the human body. “Very little high quality research studies have been conducted on water fasting in humans,” she says.

“This is further complicated by the fact that there are no established parameters or guidelines around this type of fasting,” she adds. “There are plenty of anecdotes from individuals who have attempted water fasting in various ways, but these do not stand in the place of high-quality research studies.”

READ MORE: “I Tried The 8-Hour Diet For A Week — And The Results Were Not What I Expected”

Well, will it help me lose weight…and should I try it?

I mean, yeah, you will lose weight—because you’re not ingesting anything other than water for extended periods of time, which again, is extremely unhealthy. But it’s not a sustainable weight loss, so you’ll eventually gain it back—maybe even more, says Linsenmeyer.

“Your metabolism actually slows during the starvation state as the body aims to conserve energy, which is counterproductive to long-term weight loss.”

So, no, water fasting is definitely not recommended as a way to lose weight.

If weight loss is your goal, and you’re interested in trying some type of fasting on for size, an intermittent fasting plan like the 16:8 diet is a much safer option—and may actually give you the (sustainable) results you want. “A balanced diet and exercise are the tools to a healthy lifestyle,” says Linsenmeyer.

The bottom line: Honestly, don’t even think about trying water fasting—not only is it not healthy, but it may even be dangerous.

FDA OKs Sacituzumab Govitecan for HR+ Metastatic Breast Cancer
U.S. plans to stop buying Covid shots for the public this fall. Here’s what that means for you
Aptose Initiates Dosing of Tuspetinib in APTIVATE Expansion Trial in Patients with Acute Myeloid Leukemia
Janssen Announces Unblinding of Phase 3 CARTITUDE-4 Study of CARVYKTI as Primary Endpoint Met in Treatment of Patients with Relapsed and Refractory Multiple Myeloma
Paul Rudd’s Wellness Regimen Was Specifically Crafted With His Marvel Shirtless Scenes in Mind