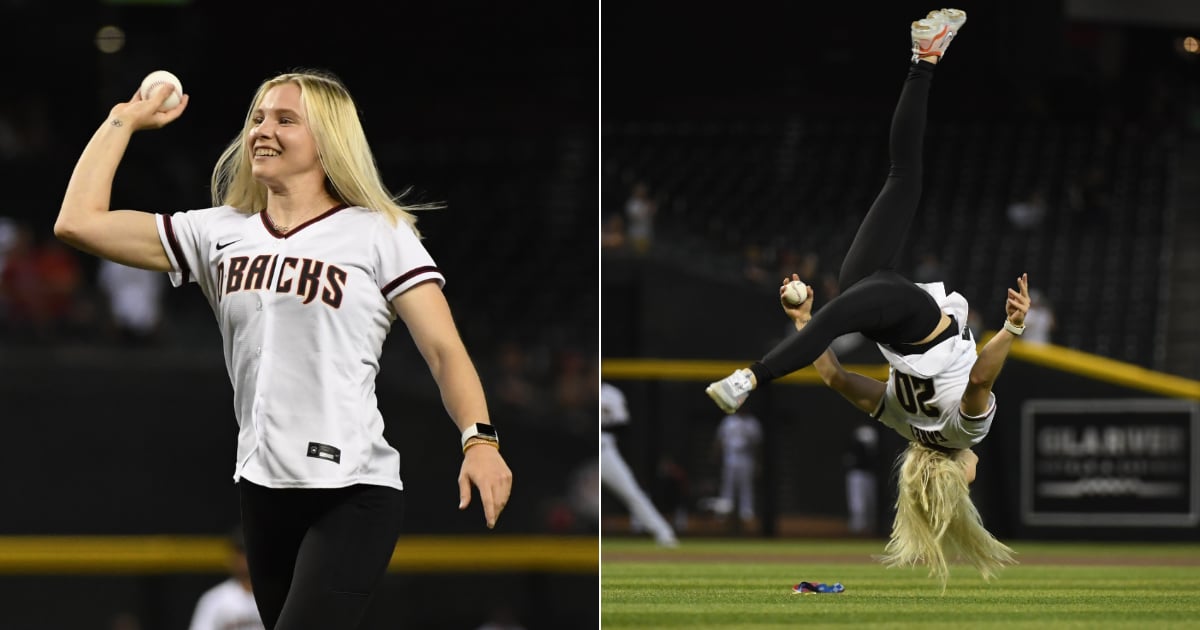 How would you throw the first pitch at an MLB game? On Aug. 30, Phoenix, AZ, native Jade Carey added her own gymnastics twist when tossing the opening pitch at the Arizona Diamondbacks game against the San Diego Padres. It was only fitting as an Olympic floor gold medalist that she did a front aerial into her throw, which you can see in slow motion in the video ahead.

Though the Olympics are over, there’s more gymnastics in store for Carey. She is set to participate in this fall’s Gold Over America Tour with fellow Olympians Simone Biles, MyKayla Skinner, Grace McCallum, and Jordan Chiles, along with a list of other noteworthy talent. She’ll then make her NCAA debut at Oregon State University. The journey continues!