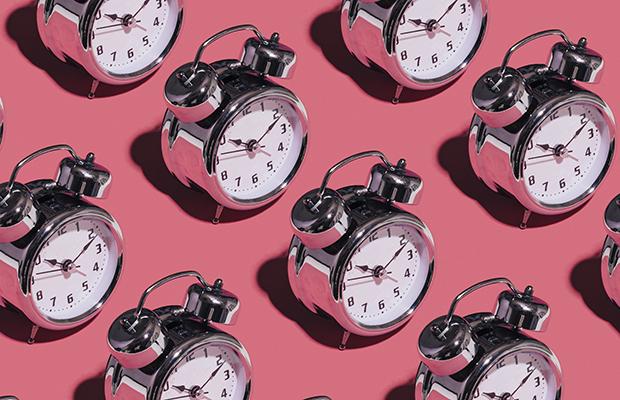 The 5:2 Diet, the 16:8 Diet, time-restricted eating—intermittent fasting diets are everywhere right now (and are being done by everyone; hi, Halle Berry and Jenna Jameson!).

Now, there’s another version of intermittent fasting to keep on your radar: the ‘Eat Stop Eat’ diet.

Intermittent fasting, in general, sounds both totally doable—and totally miserable. Basically, you’re instructed to go for long periods of time without eating (sometimes 24 hours, sometimes 16 hours, depending on your plan); but when you do eat, you can eat whatever your heart desires (within reason, of course; you probably shouldn’t go full-on Supersize Me).

It’s that freedom from food-restriction that may pique peoples’ interests—but intermittent fasting of any kind isn’t necessarily right for everyone.

Okay, what is the Eat Stop Eat diet?

Eat Stop Eat was founded by Brad Pilon, who, according to his website, came up with the plan while he was doing graduate research on short-term fasting at the University of Guelph. Brad also wrote a book on the diet in 2007 (he published an updated version of the diet book in 2017).

According to Brad’s website, Eat Stop Eat consists of fasting for 24 hours, twice a week, then eating “responsibly” for the remaining five days, but not necessarily “dieting.”

“You can have three meals per day or 20. As long as you are eating responsibly and keeping your overall intake in check, I’m okay with any pattern of meals that works for you,” he writes.

Brad does make the distinction, however, that you’re supposed to eat something every day. Let’s say you fast from 8 a.m. one day to 8 a.m. the next, for example: You’d eat breakfast before 8 a.m. on the first day, then break your fast after 8 a.m. the next day.

READ MORE: Everything You Need To Know Before You Try An Intermittent Fasting Diet

So, how exactly does Eat Stop Eat work?

Because Eat Stop Eat is a version of intermittent fasting, it works, well, like any other intermittent-fasting diet—which is to say, it jumpstarts your metabolism a bit, Eliza Whetzel-Savage, a registered dietitian with Middleburg Nutrition in New York City, previously told the US Women’s Health team.

“When you cut the eating window down, you are creating a fasting period in which the body will have to use its own stored glycogen from carbohydrates and fat as fuel,” she said. “When the glucose and glycogen stores are used, the body switches over to a ketogenic state and burns fat for fuel.”

Basically, when it’s in a fasting state, your body starts burning fat as fuel instead of carbs (a.k.a. ketosis—a hallmark of the keto diet; intermittent fasting and keto have similar effects on the body and may be done together).

Probably…but it’s likely because you’re just not eating as much as you’d usually eat, says Julie Upton, co-founder of Appetite for Health.

But, again, the Eat Stop Eat diet isn’t necessarily any better or worse than other forms intermittent fasting like the 5:2 diet (which calls for eating 25 percent of the kilojoules you’d typically eat for two days each week, then five days of eating what you want—again, within reason).

“[Eat Stop Eat] is nothing but a twist on regular intermittent fasting,” says Upton. “There is no data on this specific pattern to say that it’s better or worse than a traditional intermittent-fasting eating schedule.”

Should I try Eat Stop Eat?

Intermittent fasting diets are often hard to maintain because, well, you’ve got to be okay going without eating for a while.

So, while intermittent fasting diets aren’t necessarily harmful (as long as you’re a generally healthy adult to begin with), they may not lead to sustainable weight loss in the long run.

Still, if you’re not totally freaked out at the idea of not eating for 24 hours, it’s fine to try Eat Stop Eat (or another form of intermittent fasting), says Upton—but it all boils down to finding an eating plan that works for your schedule and personality.

“If you like this pattern of fasting, great,” she says. “If not, look for another that works for you.”

The bottom line: Eat Stop Eat—and intermittent fasting diets in general—may help you lose weight, but can be hard to maintain.

WHO says Covid remains a global emergency but pandemic could near its end in 2023
Research offers hope for patients affected by rare, hereditary metabolic disease
Gifts to Give People With Asthma and Allergies
Loneliness Risk Elevated Among Young Cancer Survivors
The Viome Full Body Intelligence Test Gave Me Surprising Info About My Heart Health