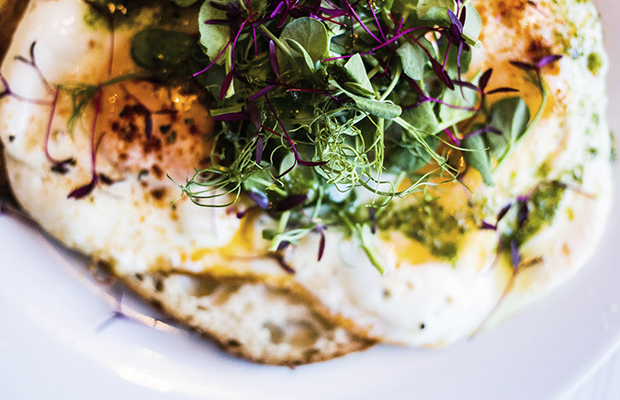 If ever there were rival diets, keto and paleo are it.

Both diets have blown up the Internet—and it doesn’t look like they’re going away anytime soon. And while you may think they’re practically synonymous (they are both low-carb, after all), their similarities end at cutting you off from bread.

“The main difference is that on the keto diet, most of your kilojoules come from fat, whereas on the paleo diet, most of them come from protein,” explains dietician Keri Gans, author of The Small Change Diet. Here’s what to know about all of the other differences, too, so you can decide whether either of the diets is worth trying on your own.

There’s no way you haven’t seen at least some keto content on the web recently…but even if you have, the diet can seem a little confusing, to say the least.

Basically, the keto diet is all about getting your body into a state called ketosis, where you’re burning fat for fuel instead of your body’s go-to energy source: carbs. To do this, you need to eat a whole lot of fat.

READ MORE: 8 Fruits You Can Actually Eat On The Keto Diet

“On the keto diet, you need to get 60 to 80 percent of your kilojoules from fat, and the rest should basically come from protein,” says Gans. You can have a few carbs on the diet—but only about 10 percent of you daily kilojoules (a big change from the current recommendations from The Dietary Guidelines for Americans, which suggests 45 to 65 percent of your daily KJs from carbs).

And uh, if you think a high-fat allowance means a cheese free-for-all, think again—cheese has lactose, which is actually a carbohydrate (a.k.a. a keto diet no-go).

“Full-fat dairy is technically allowed, yes, but you can’t really have that much because you have to keep your carbs down,” says Gans. “It’s really more about eating full-fat foods like butter and olive oil that don’t have many other macronutrients that could mess up your ratio.”

READ MORE: 20 High-Protein, Low-Carbohydrate Foods Everyone Should Be Eating

The paleo diet also doesn’t enforce super strict ratios like the keto diet; instead, it focuses on entire food groups to eat (like meats, fruits and veggies, and healthy fats) and avoid (like dairy, processed foods, and whole and refined grains). But it, too, has its drawbacks.

“Basically, it’s a way of eating that’s supposed to be similar to the way that our ancestors of the Paleo Age ate,” explains Gans. “That means staying away from processed/refined foods, legumes, grains, dairy…anything that cavemen couldn’t eat during the hunting and gathering times is not allowed.”

So, which one should I try?

Look, both of them could help you lose weight in the short-term, but it’s quite possible that it’s because you are simply eliminating so many of your favourite foods—so you’re just not eating as much overall.

“Bottom line is that you could be losing weight because you’re basically restricting so much,” explains Gans. And when you do end up going off both diets, you could even end putting on more weight than when you started, she adds. Probably not ideal.

That said, if you had to choose one, paleo is probably the better choice. “It’s technically healthier, because you have more options, and the majority of your kilojoules are not coming from full fat,” says Gans.

That means that the majority of your meals could technically be filled with lean meats and leafy greens, which is good—and could potentially be an upgrade from whatever you’re eating now.

An even better option: Focus on healthy foods that you can have, not ones you can’t. “At the end of the day, people should start focusing on what they should be eating, versus what they shouldn’t—and get back to actually enjoying their food,” says Gans.